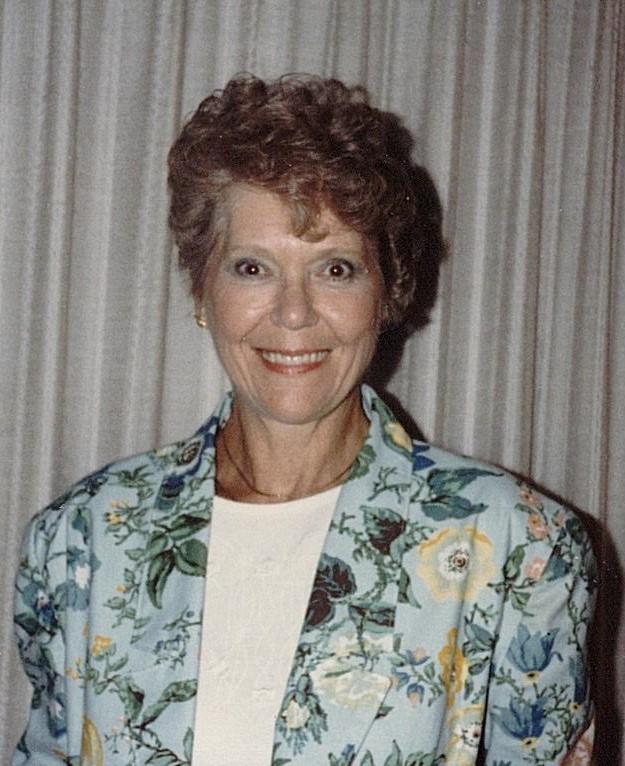 SHARON — Elisabeth Averill (Byles) Rainville, 90, of Canterbury, Conn., and Maitland, Fla., the widow of Morris A. Rainville, passed away peacefully at home, in the arms of her beloved daughter, on March 20, 2020.

She was born on June 30, 1929, in Wakefield, R.I., the daughter of the late Gladys (Ebert) and Elwood Byles, and grew up in both Point Judith, R.I., and Central Village, Conn.

Bettie, as the family called her, started working at age 9 in her father’s hardware store, The Central Supply Company, where she learned all aspects of the hardware and construction business and where she was known for her ability to cut glass for the customers.

She graduated a year early from Plainfield High School as salutatorian in 1946 and then continued on to graduate from Briarcliff Junior College and the University of Connecticut, where she received her BA degree in 1950. She completed her higher education with a teaching certificate and her fifth year in education.

Liz taught third and fourth grade for 40 years, the last 29 of which were at Cornwall Consolidated School. It was there she had her most rewarding years, teaching in an environment which promoted the highest standards in education and making lifelong friends on the staff.

She loved her students and was rewarded in later years with notes from these same students, expressing their thanks for all she taught them and giving her “favorite teacher” status.

Liz was a gifted, multi-talented woman, known for her great sense of humor, her love of reading, her ability to do about any craft possible and her knowledge of building and design. Those skills came in particularly handy when Liz, alongside her husband, Morris, designed and built their dream home in Sharon, a labor of love that took seven years to complete.

In 1970, while still working on the house and teaching full time, she and Morris also established a picture framing business, The Mitre Box, another profession which brought her great joy. They operated the business until 2001, when the couple sold their home and moved to Canterbury to be closer to their children and grandchildren. They spent their retirement years wintering at their home in Maitland and enjoying the company of family, good friends and their beloved cats over the years.

In 2012, Liz received a devastating diagnosis, Stage IV lung cancer with liver metastasis. As she had done her whole life, she tackled that life challenge with grace, courage and with her positive attitude and great sense of humor intact, rarely complaining about the over-three years of chemotherapy treatments and other major medical issues.

She was eternally grateful for and wanted to publicly thank, her extraordinary team of doctors, Dr. Mark Deponte, Dr. Ammar Anbari, Dr. Harjinder Chowdhary, Dr. Juan Escalon and especially Dr. Dennis Slater and all the nurses and auxiliary staff at Eastern Connecticut Hematology and Oncology in Norwich, Conn., whose expertise, knowledge and compassion extended her life far beyond what she ever thought possible.

Her family would like to extend heartfelt thanks to them and to the teams from Hartford HealthCare Palliative and Hospice Care. The professional and loving manner in which they treated Liz and supported her family will be remembered always.

Liz will be deeply missed by her son, James Oliver III of Danielson, Conn.; her daughter and son-in-law, Kimberly and Kyle McCarthy of Canterbury; her three grandchildren, James Oliver IV and his wife, Dora, of Canterbury, Elizabeth Kinzer and her husband, James, of Columbus, Ohio, and Jamie Bruno and husband, Matt, of Las Vegas, Nev.; her five great-grandchildren, Benjamin, Robert, Sophie and Maya Oliver and Luca Bruno; her adopted McCarthy family; and many wonderful, dear friends.

In addition to her parents and husband, she was sadly predeceased by her two younger sisters, Barbara Byles Frost and Brenda Byers.

Funeral services and burial at Evergreen Cemetery in Central Village, Conn., will be private and at the convenience of the family.

Please honor Liz’s memory by supporting your local public library and by passing on her love of reading and education to your children and grandchildren. Arrangements are under the care of the Dougherty Brothers Funeral Home.