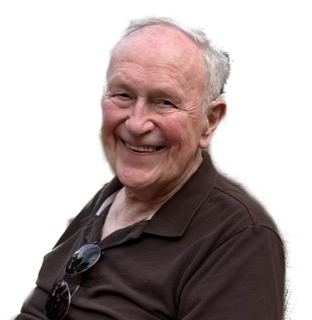 MILLBROOK — Edward J. Shaughnessy, Ph.D., longtime resident of the Village of Millbrook, died peacefully in his sleep on Saturday morning, April 2, 2022, in his favorite home library room, surrounded by family and after a 10-month battle with cancer and other complications. He was 87.

Edward was the younger of two children born to Edward J. Shaughnessy Sr., and Jane Walsh Shaughnessy in Brooklyn, N.Y., on Dec. 2, 1934.

He is most remembered for his broad smile, irrepressible wit, compulsive word play, instant recall of historical facts, and handyman extraordinaire. Ever evident was his love for family and friends, but most especially for “the gift of the grands.”

Edward graduated from St. Augustine High School in Brooklyn and received his B.A. with honors from Catholic University in Washington, D.C., where he was elected to Phi Beta Kappa. He continued his graduate education at Fordham University in European History, receiving a Master of Arts and was later awarded a Master’s degree in Theology studies from Manhattan College.

He spent his early career during the late 1950s to early 1960s teaching in Harlem and later in Kenya, East Africa, helping to establish a health dispensary for the local Kikuyu tribe and college classes for future Nyeri elementary school teachers. In the process he became fluent in Swahili and Kikuyu languages, a skill he retained and used as recently as his summer 2021 hospital stay in Vermont.

His facility with languages was also evident during a Fulbright fellowship to Norway and experiences with various U.N. consulting assignments in Italy and the Netherlands and diverse travels over the years.

After receiving his Ph.D. from the New School for Social Research in NYC, in 1973, Edward began his university teaching career, specializing in sociology of law at John Jay College of Criminal Justice, CUNY, where he served as Chairman of the Department and was awarded the Bramshill Faculty Exchange to England. He also maintained a joint appointment to the Graduate Center of CUNY where he is professor emeritus.

For many years, he lectured in the graduate public administration program at Marist College in Poughkeepsie, N.Y. During that time, he founded Education and Justice Services, his consulting company servicing law and education entities. He was active in his scholarly disciplines both as a writer and speaker, concentrating on criminal justice reform.

Affectionately known as “Mr. Volunteer” among family and friends, Edward served his community over time as board member and officer: 1st Lieutenant of the Millbrook Fire Department Rescue Squad; Chairman of the Church Alliance Building Committee; President of the Dutchess County Historical Society; Acting Village Justice for the Village of Millbrook, among many other public service commitments and committees.

Ed’s genealogical research interests led him to join the Sons of Union Veterans upon discovering two great-grandparents who served as Marines for the Union in the Civil War. He became an active member and officer of the international O’Shaughnessy Society when he traced his family’s immigration from Gort, Ireland, in 1834 to Brooklyn, NY.  He persevered researching into obscure archives to authenticate his Quaker built 18c home in the Village of Millbrook.

Edward enjoyed writing and illustrating story books for his grandchildren, designing, cutting and soldering stained glass chess sets, and fixing old clocks. His repertoire of old songs and show tunes delighted many and he sang for over a decade in Millbrook’s St. Joseph’s Church choir.

He had a number of surreptitious local appearances as Santa and a few acting parts in June Kaufman’s theatre productions at the Thorne Building in Millbrook. For three sequential years, he won first place in the triathlon events for those aged over 60 at John Jay College, CUNY.

The Shaughnessy Family extends a special thank you to Hudson Valley Hospice for their care and compassion extended to Edward and his family on his return from his Vermont hospital stay to his Millbrook home in late August 2021.   Friends will be received Thursday, April 28, from 10:30 a.m. to 12:30 p.m. at the Allen Funeral Home, 3270 Franklin Ave. in Millbrook, and then proceed to St. Joseph’s RC Church where at 1 p.m. a Mass of Christian Burial will be celebrated. Interment will follow in the St Joseph’s Parish Cemetery, Millbrook.