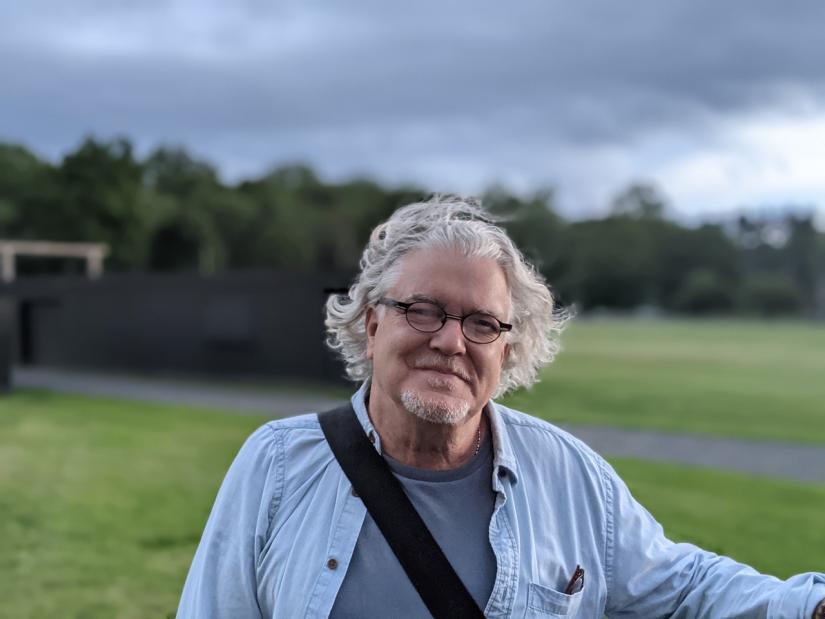 Born in Providence, R.I., on June 18, 1950, Ed was the son of Rose Walsh Baker and Edward “Booker” Baker. He was a loving father to Marlena Aakjar, Dylan Baker and Alexander Baker; father-in-law to Raymond Aakjar and Kirsten Haaland; and grandfather to Kai Haaland-Warwick and Adrienne Aakjar. He was the eldest of eight children and uncle to 11 nieces and nephews.

Ed Baker was an extraordinary playwright with a unique voice, the voice of those he called “people born to brick and asphalt, who don’t have bad days, they have bad years.” He was an inspiring teacher and a hugely generous spirit to all who knew him.

Ed had devoted over 50 years of his life to the theatre. He was a member of The Ensemble Studio Theatre, a recipient of “The 25th Anniversary Award For Theatrical Excellence,” by E.S.T., and a lifelong member of The Dramatists Guild.

He taught playwriting at the University of Hartford and Sarah Lawrence College, and joined the Actors Studio Drama School at Pace University in 2006, where he created and led the hugely successful Playwriting Program.

He has written over 30 plays. His one-acts, “Dolores,” “North of Providence” and “Rosemary with Ginger” chief among them, have been staged frequently in the U.S. and translated and produced worldwide, including Mexico City, British Columbia, Dublin, Rome, Rio de Janeiro, and Hamburg. He has also written for HBO and Showtime.

Ed Baker’s work touched thousands of audiences, actors, directors, producers and theatre companies. His dedication to and thirst for truth and raw voices has inspired and will continue to affect many generations of artists. His work is done consistently and passionately in classes and colleges around the globe.

​An announcement regarding a memorial will be made once it is scheduled.