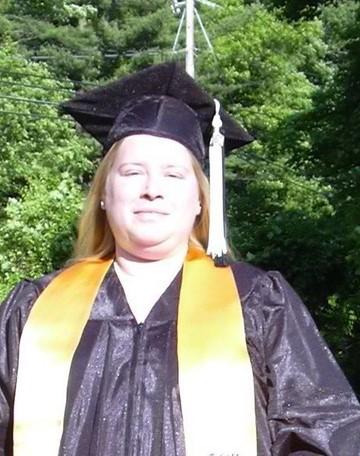 Dorinda was born Aug. 5, 1966, at Sharon Hospital, the daughter of the late Edward and Claire (Johnson) Pedersen. Dorinda grew up in Sharon, and graduated from Housatonic Valley Regional High School in 1984. She held several jobs after high school before working as a Night Shift Supervisor at Taconic DDSO for a little over ten years. In 2000, she left Taconic DDSO to pursue an Associates Degree in Nursing, which she obtained in 2004 from Berkshire Community College. She made the National Deans List in 2002, 2003, and 2004. She was also a member of Phi Theta Kappa. She was a registered nurse and worked as a nurse until 2016 when she had to take a step back due to several health issues.

Dorinda was an animal lover and especially loved German Shepherds. She had several German Shepherds over the years and loved every one of them. During the past few years, she enjoyed being an aunt to her only nephew. She would brag about her nephew to anyone she met.

She is survived by her brother, Brian Pedersen of Sharon, his wife Lisa, and their son Hans.

Memorial contributions may be made to the The Little Guild (Animal Shelter), 285 Sharon-Goshen Road, West Cornwall, CT, 06796 or www.littleguild.org. The Kenny Funeral Home has care of arrangements.