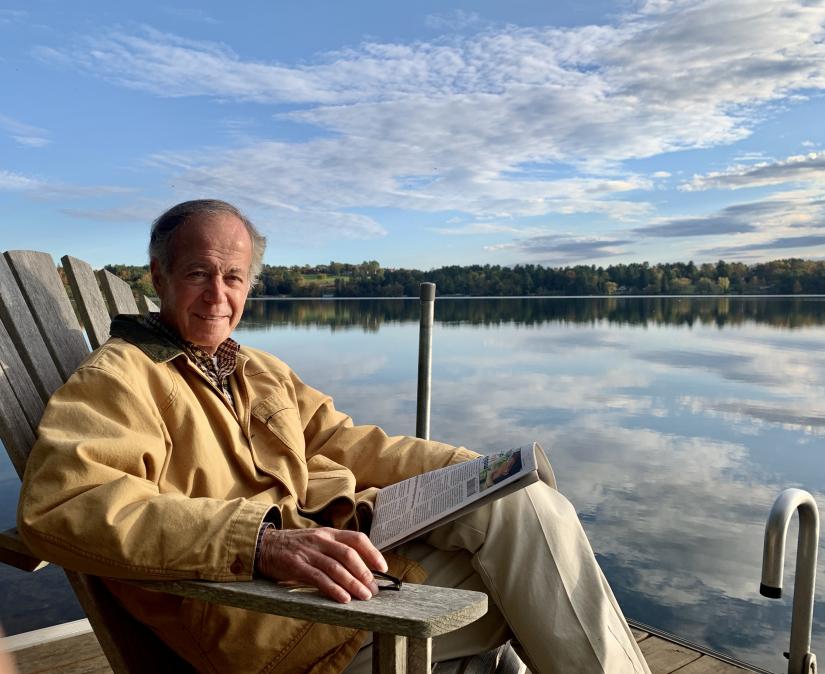 LAKEVILLE — Donald Kemp Ross, 78, of Lakeville, died on Saturday, May 14, 2022, at Noble Horizons after several weeks in hospitals to diagnose a rare form of lymphoma.

Donald was born in the Bronx on June 29, 1943, and spent most of his life working to make the world a better place. After graduating from Fordham Preparatory School and Fordham College (where he brought football back to campus), he joined the Peace Corps and spent two years teaching in Nigeria. After graduating from NYU Law School in 1970, he went to Washington, D.C., to work for Ralph Nader, becoming one of the original “Nader’s Raiders.” In 1971, he traveled to the United Kingdom for Public Citizen on a campaign to expose the dangers of Thalidomide. He spent years traveling this country creating Public Interest Research Groups (PIRGs), student-run organizations of activists advocating for the public interest. He came back to his home state to run NYPIRG and built it into New York’s largest citizen group.

In May 1979,  in only three weeks, he organized a No Nukes March on Washington that drew 100,000 people from all over the country.  Four months later, he coordinated the No Nukes Rally in New York, one of the largest political gatherings in the 1970s, drawing 250,000 protesters.

In 1984, he formed a lobbying firm in Albany with Arthur Malkin, a former student organizer for NYPIRG. Today, Malkin & Ross is one of the most respected firms in New York, advocating for clients in social services, education, consumer rights, civil justice, criminal justice, healthcare, energy, and the environment.

From 1985 to 1999,  he directed the Rockefeller Family Fund, making grants in areas including government accountability, economic justice for women and environmental protection.

With Arthur Malkin, he co-founded M & R Strategic Services in 1991, a campaign firm in Washington, D.C., which is today a national leader in mobilizing millions to fight for issues including marriage equality, reproductive rights, immigration and housing. From 2009 to 2013, he led the MacArthur Foundation’s National Campaign to Reform Juvenile Justice, which helped enact more than 200 reform laws in the U.S., changing practices, and transforming the perception of youth in contact with juvenile justice systems.

For over thirty years, he managed the Tortuga Foundation that supported projects in areas he cared most about, including protecting open spaces and fragile lands of Alaska.

He has co-authored several books on consumer activism with Ralph Nader.

In addition to Helen, his wife of 37 years, Donald leaves two daughters, Katherine and Margaret Ross, a son, Mike Ross, from his previous marriage to Susan Deller Ross, and longtime friends he considered family. He was predeceased by a sister, Mary Ellen Ross.

A memorial will be held outdoors at his beloved home Holleywood on Sunday, May 22 at 11 a.m. Parking at the Town Grove. A tribute service will be held later in New York City. The Kenny Funeral Home has care of arrangements. Memorial contributions may be made to The Salisbury Association, New York Public Interest Research Group (NYPIRG) or to Hands in Outreach empowering girls in Nepal where he led several treks.