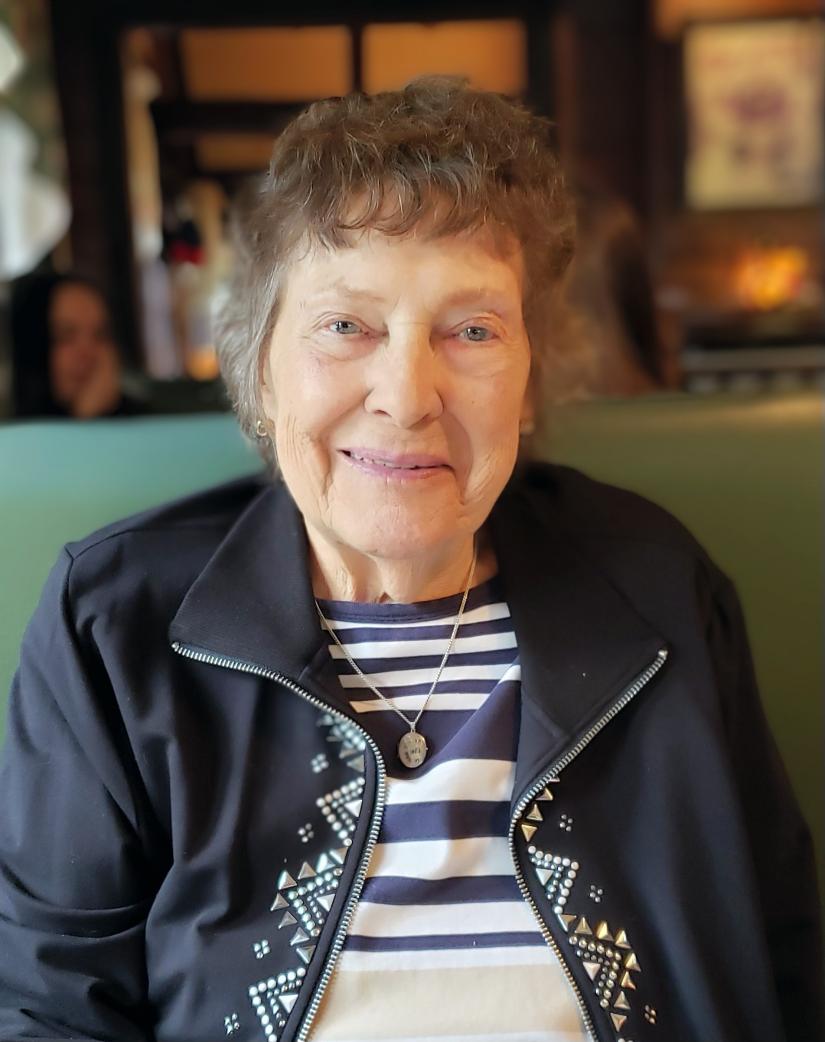 NORTH CANAAN — Clara Else Schumann, 90, passed away peacefully October 12, 2022 at Bentley Assisted Living in Branchville, NJ with her family and Bentley staff nearby. Prior to Bentley, Clara lived at Knoll Heights Village in Sparta, NJ for ten years where she had many friends. Born November 23, 1931, at Geer Memorial Hospital, Canaan, CT, Clara grew up in the 1930’s and 40’s at The Maples, a guest house, with a tea room and restaurant, catering to folks escaping the city, owned and operated by her parents, William and Katherine Schumann. The war brought changes and The Maples became more of a boarding house until it was sold and torn down in 1960, leaving childhood memories shared for the rest of her life with all who would listen. Along with The Maples, Clara’s father, “Willie”, owned the gas station next door and Clara would often tell the story of greeting First Lady Eleanor Roosevelt with a curtsey at the station as the presidential vehicle was being gassed up for a trip up Rt.7 to Lenox, MA. Clara was chosen homecoming queen at Housatonic Valley High School in 1948 and her children do treasure those photos! Clara’s heart was in Canaan even though she had moved away in 1960. She took after her own mother with her love for travel and adventure. She also enjoyed the Jersey Shore, ballroom dancing, antiquing, reading, scrabble and cards. She encouraged her children to be the best they could be, supporting them with acceptance and unconditional love. She was a friend of Bill W’s for more than 50 years where she was an inspiration and help to many. She is retired from Dragoco where she was the receptionist.

Clara is predeceased by her daughter Kathy Suydam and grandson Jesse Suydam. Clara is survived by her cat Sweetie, daughter Kim DeWitt; son Kurt Suydam and his wife Lynne Kelly; granddaughter, Megan Worsley; great grandchildren, Brianna, Gavin, and Heather Suydam, Desiree Mould and her husband Christopher Mould and a great, great grandchild Jesse Mould. Clara’s last years at Bentley Assisted Living were a true gift of community in which she thrived and in many ways was reminiscent of her youth at The Maples. Clara often spoke of her “table” and friendships made, introducing her children to all. Everyone at Bentley remembers Clara as being positive, fun, and caring. We are so grateful to the Bentley staff who have been so caring to our mother and helpful to the family. A celebration of life will be held at a later date. Memorial donations may be made to The American Cancer Society. Online condolences may be offered at www.smithmccrackenfuneralhome.com.