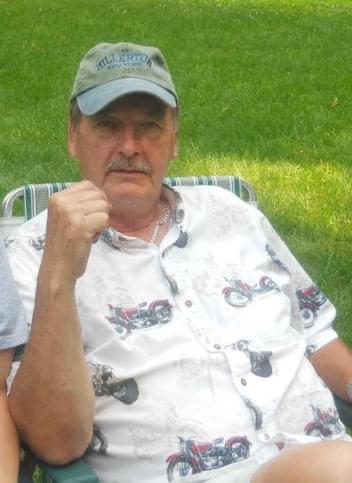 SALISBURY — Carl Holst-Grubbe, 79, of Ocala, Fla., passed away on Aug. 5, 2021, after a brief illness. He is survived by his wife, Ruth Holst-Grubbe; and his siblings, Charlotte Shipley, Richard Wrigley, Reginald Lamson Jr. and his wife, Roseann, and Roger Prindle.

He was predeceased by his son, Guy Holst-Grubbe; and his siblings, John, Nancy and Guy.

Carl was born on Nov. 24, 1941, in Torrington, to Sylvia (Nelson) and the late Per Holst-Grubbe. He was raised by stepdad Reginald “Jim” Lamson of Salisbury.

He was the owner and operator of Carl and Son’s Painting for 20-plus years before permanently moving to Florida.

Carl visited many nooks and crannies throughout the United States, making friends wherever went with his natural gift of gab.

He has strong ties to the AA community in the North and Southeast and spent his latter days with Ruth exploring Ocala eateries, singing karaoke, playing guitar, working on house projects, and tending to his beloved girl, Roxie (dog).

A celebration of life will be held in his honor at a later date in Connecticut.