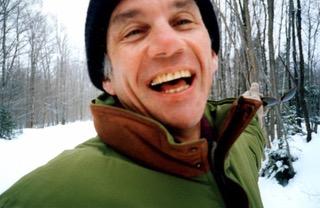 SHARON — Bruce Forrest Morse, 78, passed away at home on Nov. 5, 2021,with his wife, Vicky, and daughters, Hope and Grace, by his side, embraced by their love.

Born Sept. 22, 1943, in Manhattan, Bruce grew up in New York City and spent summers at his family’s home on Lakeville Lake, where he fell in love with nature. He studied poetry at the University of Iowa and NYU, backpacked through Europe in his 20s and traveled through the U.S. visiting national parks. He spent his youth chasing adventure.

After spending over 30 years living in the city, he briefly moved to Pismo Beach, Calif. When he decided to return to the East Coast he wanted to start his own family in the  Northwest Corner of Connecticut, where he relished in childhood summers spent swimming in the lake, catching frogs, exploring the woods, and being outdoors.

After the death of Bruce’s first-born son, Jesse, Bruce discovered painting as a way to heal and express his grief. Throughout the second half of his life he loved watching his children grow, creating a loving and artistic home with wife Vicky, playing tennis, singing and playing guitar, practicing drums, painting, gardening, writing poetry, dancing, playing ping pong and meeting many interesting friends along the way.

Bruce connected with people on a deep, vulnerable level; while he also had a witty sense of humor and childlike playfulness that exuded joy.

Bruce leaves behind his beloved wife of 27 years, Vicky, who the majority of his writing is dedicated to; and his greatest muse, daughters Hope and Grace, sons Raymond and Adam, stepson Flynn, grandchildren Cecelia, Gessie and Flynn, and brother Jim and family.

He has joined his son Jesse in whatever glorious afterlife had awaited him. A celebration of his life will be held at a later time.