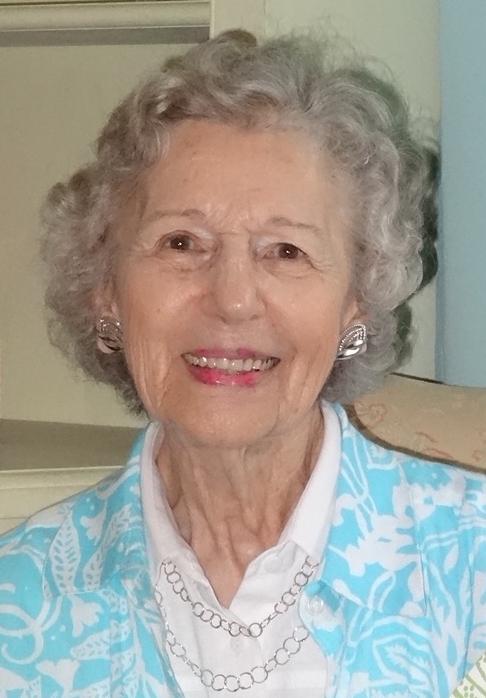 SALISBURY —  Bertha “Betty” Ruth Morehouse Scribner, age 106, died peacefully with family by her side on July 27, 2022, at Noble Horizons. She was preceded in death by Robert Hollister Scribner, her husband of 57 years, in 1999.  She was born in 1915 in Sharon, Connecticut at the first Sharon Hospital on Calkinstown Road, the daughter of the late Henry Stebbins Morehouse and Bertha (Humphreville) Morehouse of Amenia, New York.  She was the youngest of eight Morehouse children and one of the fifth generation of Morehouses to live in the family brick house (called Bogardus Hall) and farm on the Sharon, Connecticut-Amenia, New York town (and Connecticut/New York state) line.  She was baptized at Christ Episcopal Church in Sharon, which was built using bricks made from clay from the Morehouse farm.  She attended grade school at the Leedsville District School, seventh and eighth grade at the old Amenia High School, and then grades nine through twelve at the new Amenia High School, where she was a member of the Section B Champion women’s basketball team and (a portent of things to come) the class historian.  She then graduated from Peirce School of Business Administration in Philadelphia, Pennsylvania.  In 1935 she became the first editor of the family ‘newspaper,’ The Weekly Echoes of Bogardus Hall, which continued within the family for 75 years.

On October 4, 1941, Betty married her beloved husband, Robert Hollister Scribner, at Christ Episcopal Church in Sharon; they met while working at the Connecticut Power Company.  In 1945 they moved into their home at 55 Gay Street in Sharon, where they lived for 50 years.  In 1995 they moved to a cottage at Noble Horizons in Salisbury, Connecticut.  Betty was very active in local organizations.  She has been a member of the Sharon Women’s Club since 1948, became a member of the Sharon Congregational Church in 1954 (and later a deaconess), became of member of the Salisbury Congregational Church in 1992, was a trustee of the Sharon Historical Society, was an assistant leader of the Sharon Girl Scouts, and was a matron of the Order of the Eastern Star in Sharon.  Family was very important to her, and she followed her passion for family history by becoming a dedicated genealogist, taking several classes, and doing detailed research on her ancestors.  She was a member of the Connecticut Society of Genealogists, and by detailing her family history was able to become a member of the Mayflower Society, the Jamestowne Society, Order of the Crown of Charlemagne, Daughters of the American Revolution, Colonial Dames of Connecticut, Society of the Descendants of the Colonial Clergy, Descendants of Hartford, Descendants of Ancient Windsor, the Rockwell Society, and the Rich Family Society.  Her work on her Morehouse descendants culminated in her writing a book for her family in 2006 (at age 90), Little Treasures: From Thomas Morehouse Sr. and Some of His Descendants Through 12 Generations and More, 1639-2006; the book detailed family history, genealogy, and stories.  She has shared her work by donating materials to the Sharon Historical Society and the Amenia Historical Society.

Her genealogical work has continued, and she recently discovered that there was an Academy in Sharon that her grandfather Julius Stephen Morehouse attended.

Mrs. Scribner was predeceased by her parents and her seven siblings.  She is survived by her two daughters, Joan Scribner Bettman and husband James of Chapel Hill, North Carolina and Cheryl Scribner Schultz of Madison, Connecticut; predeceased by her husband Robert; her grandson, David James Bettman of Mill Valley, California; and many nieces, nephews, grandnieces, grandnephews, great grandnieces, and great grandnephews.

A private family service was held at the Salisbury Cemetery.  Arrangements were in the care of the Newkirk-Palmer Funeral home, 118 Main Street, Canaan, CT 06018. In lieu of flowers, donations can be sent to the Sharon Women’s Club, the Salisbury Congregational Church, and the Sharon Historical Society.