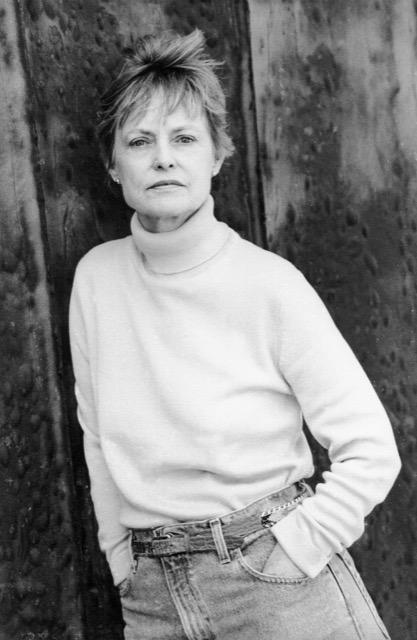 SALISBURY — Ann E. Arensberg, prize-winning author and longtime resident of Salisbury died at the Sharon Health Care Center on Thursday morning, Jan. 13, 2022. She was 84 years old. The cause of death was cardiopulmonary arrest complicated by COVID-19, according to the medical report and the Kenny Funeral Home.

A longtime resident of Salisbury where she and her husband, the late Richard Grossman moved in the 1980s, Ann was an avid reader, fine cook, gardener, and a devoted friend. She will be long remembered for her warmth and open nature, her lively wit, and her sharp eye for the foibles of human nature. She and her husband, Dick, an accomplished writer in his own right, were both deeply committed to their friends and neighbors in the Salisbury community.

Ann achieved wide recognition as an author in the late 1970s and 1980s. Her outstanding recognition came when she received a National Book Award in 1981 for her debut novel, “Sister Wolf,” which had been published the year before. Before that, however, her first short story, “Art History,” published in the journal ANTAEUS in 1974 was selected for inclusion in the O. Henry Prize collection for 1975. A second story, “Group Sex,” published in CANTO (1979) also was selected for the O. Henry Prize the following year. Ann expanded “Group Sex” into a novel which came out in 1986. After a long pause, she finished her last novel, “INCUBUS,” which was published in 1999.

Reviews of “Sister Wolf,” a story of the tragic outcome of unhinged jealousy and love, described Ann as a writer of fine prose and compelling character, crisp, urbane, and alive with wit. “Group Sex,” her second novel, took a more comic route to portray “a kind of spineless editor and her torrid affair with an avant-garde theater director.” “Incubus” drove Ann more deeply into her fascination with the supernatural — shape changers, exorcism, and sexual anxiety — but it also painted a careful portrait of a small New England community and the ups and downs and many tones of marriage.

Ann was born on Feb. 21, 1937, in Pittsburgh, Pa., to Mariada Comer and Walter E. Arensberg. In early 1946, shortly after her father returned from service in the Navy in World War II, she and her younger brother, Walter, moved with the family to Habana, Cuba, where her father represented the Pittsburgh Plate Glass Company. In Habana, her mother was active in community affairs and, eventually, joined the staff of Ruston Academy, a well-known bilingual school in the city.  The family lived in Habana until the Fall of 1960, nearly two years after the Castro revolution, at which point, her mother, now divorced, moved to Washington, D.C., where she ran Free Cuba Radio and later worked in education and cultural affairs for the U.S. Department of State.  Her father had left Cuba and Pittsburgh Plate Glass earlier in 1959 and eventually went to work for the U.S. Agency for International Development in Honduras and Uruguay until his death at the age of 69 in 1981. Ann’s mother died many years later, in 2005 at the age of 92.

After Ann went off to boarding school at Concord Academy in Massachusetts at the age of 15, she rarely looked back on her life in Habana. From then on, her education, literary work, and domestic life was rooted in Cambridge, Mass., New York, and the hills of Connecticut’s Northwest Corner. She went to Radcliffe College, graduating in 1958 with a BA in art history and subsequently received an MA in French Literature from Harvard University in 1962.

Moving to New York after college, Ann worked at the Metropolitan Museum of Art and E.P. Dutton publishers before joining Viking Press as an editor in 1967.  Having begun to write seriously in her own right, Ann left Viking Press in 1974.

In June 1976, Ann married Richard Grossman, a colleague at Viking. Dick was the founder of Grossman Publishers, which had been acquired by the Viking Press. Ann was married to Dick for 38 years, until his death at 92 in early 2014. He was the solid rock foundation of her life. Her two previous marriages to Pierre Leval, a lawyer, and John Hancock, a theater and movie director, ended in divorce.

Ann is survived by her brother, Walter, and her beloved niece and nephew Chloe and Alexander Arensberg, as well as three stepchildren, Dick Grossman’s daughters: Joan Grossman of Philadelphia, Nancy Nagle of East Hampton, N.Y., and Lucy Rochambeau also of East Hampton.

A remembrance of Ann is planned for early summer. At her request, donations in her memory may be made to the Little Guild, 285 Sharon Goshen Turnpike, West Cornwall, CT 06796. Arrangements are under the care of the Kenny Funeral Home in Sharon.