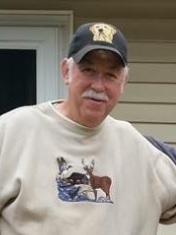 MILLERTON — Allison J. “Al” Andrews, 71, a lifelong area resident died peacefully on Tuesday, June 14, 2022, at Sharon Hospital in Sharon, surrounded by his loving family. Mr. Andrews had a thirty year career with New York State retiring in 2006 as a locksmith from the Taconic DDSO Campus in Wassaic.

Born December 29, 1950, in Albion, New York, he was the son of the late William Miller and June Reetz (Miller) Jenks. He was a 1970 graduate of Webutuck High School. He immediately entered the United States Army during the Vietnam War and served our country from 1970 -1972 when he was honorably discharged from the United States Army. On November 24, 1973, at the Millerton Methodist Church, he married Beth Lynn Crawford. Mrs. Andrews survives at home in Millerton. Mr. Andrews was a life member of the Millerton Fire Company and served as Fire Chief from 2000-2005. He also served as fire company treasurer for many years and held many other firematic offices throughout the years. He was a life member and Past-Commander of the Millerton American Legion Post No. 178 and served as an American Legion Commander of Dutchess County. He was a past member of the Millerton Gun Club and enjoyed hunting and fishing. In his spare time he enjoyed spending time with his grandchildren “working” and wood working and completing jigsaw puzzles in addition to being an avid reader.

In addition to his loving wife Beth, Al is survived by two daughters, Amy Slater and her husband Nick of Millerton and Carolee Andrews and her companion Jim Murphy of Millerton; three grandchildren, Holden and Camden Slater and Allison Breen all of Millerton, his brother-in-law David and sister-in-law Rosemary and several nieces and nephews and many dear friends and his dog Emma Lou. In addition to his parents, he was predeceased by his brother, Roger A. Miller and two sisters, Donna Kaplan and her longtime companion Sal Carrubba and Esther Gray.

Calling hours will be held on Saturday, June 18, from 10 a.m. to noon at the Scott D. Conklin Funeral Home, 37 Park Avenue, Millerton. The Millerton Legion Post No. 178 and the Millerton Fire Company will conduct services during visiting hours. A funeral service will be held at 12 p.m. at the funeral home. Pastor William Mayhew will officiate. Burial with standard military honors will follow at Irondale Cemetery, Route 22, Millerton.

Memorial contributions may be made to the Millerton Fire Company, P.O. Box 733, Millerton,NY 12534 or Millerton Legion Post No. 178, 155 Route 44, Millerton, NY 12546. To send an online condolence to the family, please visit www.conklinfuneralhome.com