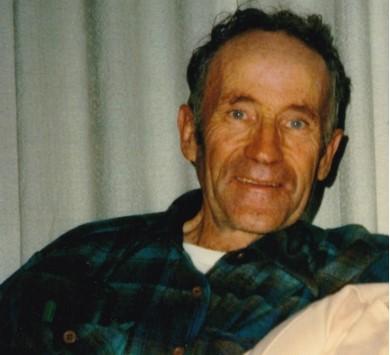 Dewey was born in Sharon on June 4, 1929, the son of the late Seth T. Merwin Sr. and Hazel Meader Merwin.

He lived and worked most of his life in Millerton and then spent the last 14 years of his life in Johnson City with his daughter, Lorraine Merwin Brown, and her husband, Tim.

He was a volunteer at Johnson City Medical Center for almost 15 years. After his move to Tennessee in 2006, he spent his summers traveling up north to visit family and friends every year until the pandemic and his health prevented his trip this year.

Dewey graduated from Delhi Agricultural College in Delhi, N.Y. He first helped his father and  then worked as a milk tester and as a New York state trooper before returning to farm with his father on the family dairy  in Millerton,  and then taking it over upon his father’s retirement. He was a Millerton fixture for more than 90 years, offering friendship and support to everyone he knew.

Dewey was married to the love of his life, his wife Ruth Stevens  Merwin, for 57 years, until her death in 2006. They were both predeceased by their faithful guard cow, Friendly.

He was predeceased by his sisters, Ina Merwin and Evelyn “Pinky” Skidmore; and his brother, Tom Merwin.

Dewey loved and was loved by his family and his friends. He was generous to a fault. He had strong opinions. He taught all of his children to be self-reliant, giving people, and how to be a good citizen and a true friend.

He loved to tell stories, particularly about tricks played on both family and friends. He was described as the definition of a friend, and he will be sorely missed.

It was Dewey’s wish that his body be donated to the Quillen College of Medicine in Mountain Home, Tenn., so that he could continue to give all that he had.  No memorial service is planned at this time, due to the ongoing pandemic.

Condolences and memories can be shared online through the Dillow-Taylor Funeral home at www.dillow-taylor.com.

Contributions in his memory can be made to the American Diabetes Association or to a charity of your choice that you think exemplifies Dewey Merwin and his life.