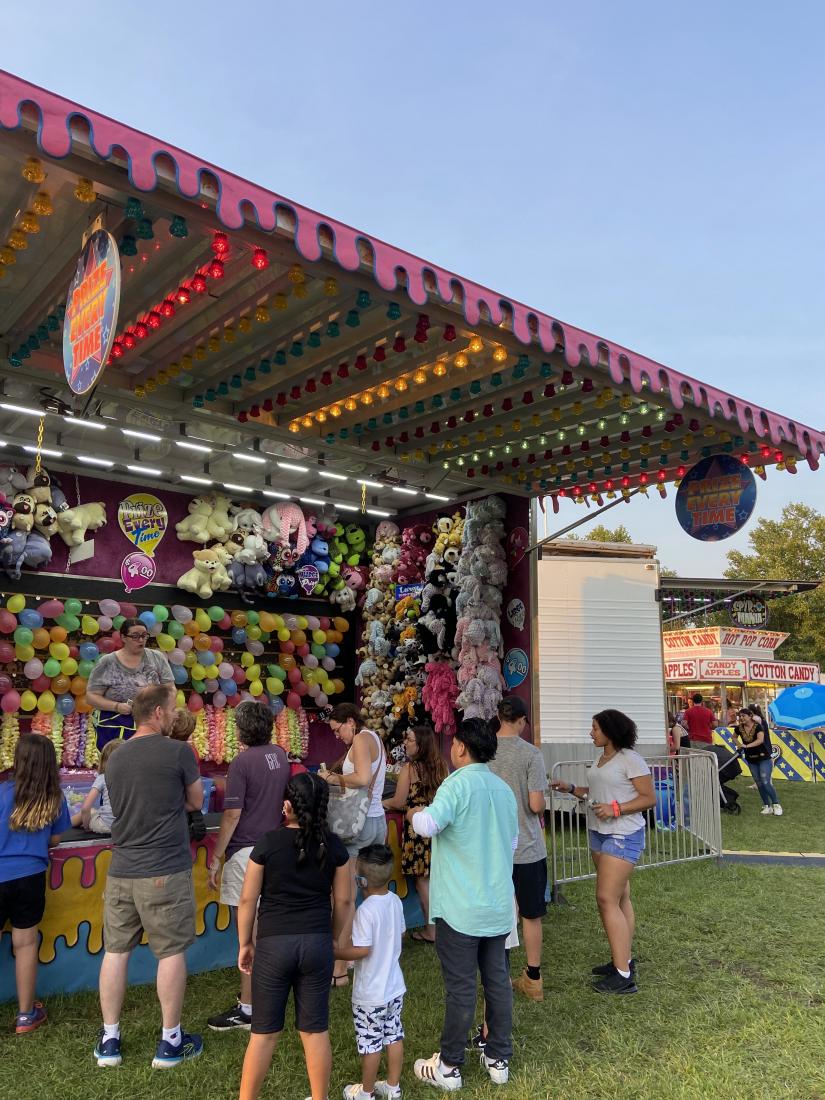 Railroad Days visitors attended the summer carnival in North Canaan, where a weekend of game booths and the Ferris wheel are a mark of passage of the season. Photo by Sadie Leite

Railroad Days carnival feels a bit like a water park

NORTH CANAAN — It’s been an extremely wet Railroad Days, but that doesn’t seem to have dampened the enthusiasm of visitors who have been coming out for store events and for the carnival anytime there’s been even a bit of sun.

On Thursday, July 15, the rain cleared for a while, and older couples, families with young children and middle schoolers came out to eat fair food and take rides on the Gravitron, Tubs O’ Fun, the Sizzler —but most of all on the Fun Slide and Ferris wheel, which had the longest lines of all.

There were also booths where  visitors could test their skill at bursting balloons or spraying water with a plastic gun.

The carnival was organized by R.W. Commerford in Goshen. Owner Bill Commerford stood back observing the large turnout on one of the few sunny evenings of the week.

“People want to get out, and enjoy fair food like fried Oreos that they can’t normally get,” he mused.

And then there were the folks who actually enjoyed the wet weather. One of the carnival booth operators said, “I like the rain, even if it’s bad for the rides and makes them rust up.”

The rust wasn’t the biggest problem caused by the rain for the big equipment.

Worse was what the water did to the ground.

On Saturday afternoon, with a thunderstorm predicted for that evening, the parade and fireworks were postponed, until July 24 — and Commerford decided the carnival rides would also stay until next weekend, in part because the ground was so wet that the rides couldn’t be moved.

For more information on the schedule for next weekend, see the article on Page A1 and go to the Facebook page for Canaan Railroad Days.