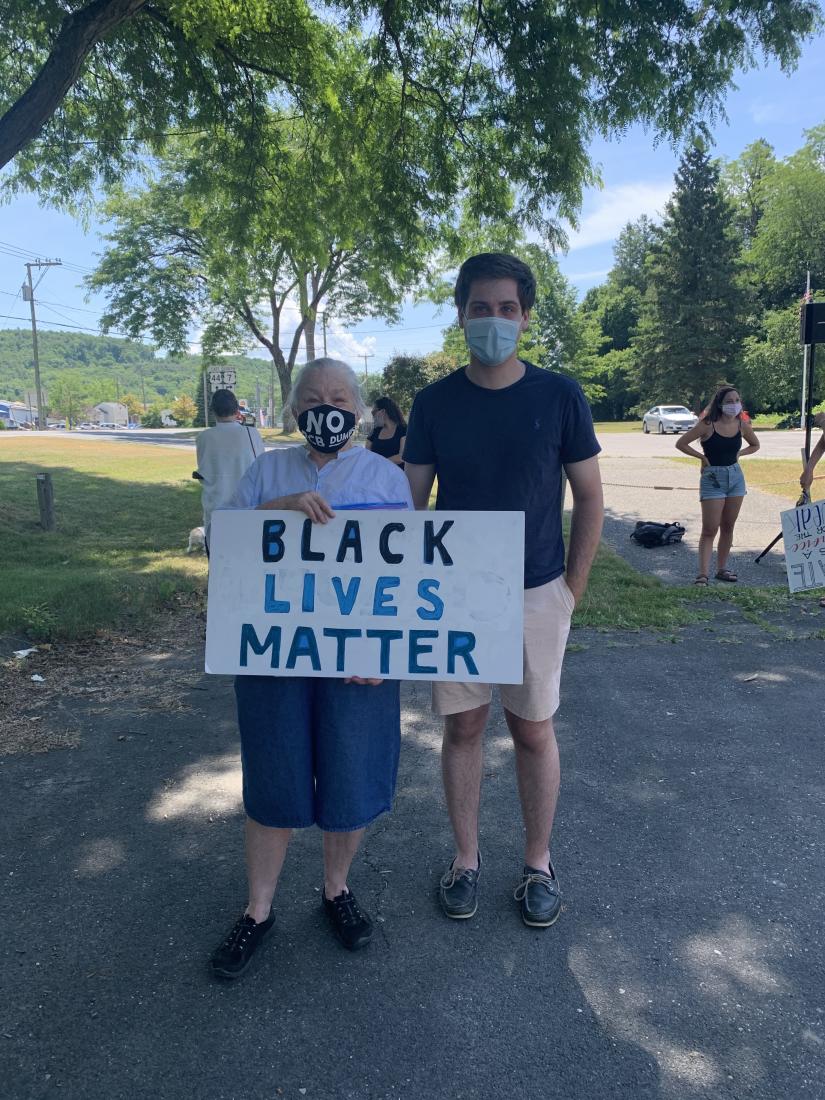 NORTH CANAAN — As protests in Northwest Corner towns continued, about 60 people gathered at Lawrence Field in North Canaan to show their support for the Black Lives Matter movement.

The protest, which was held on Saturday, June 20 beginning at 11 a.m., followed similar gatherings in Cornwall, Salisbury, Sharon and Kent that took place in recent weeks.

“Even though change doesn’t happen overnight, we can make sure it comes sooner rather than later,” said Johnson.

“The biggest change comes from who leads our country and the morals they stand for.”

Webb read a list of names of victims of police brutality in Connecticut.

“We need change in Connecticut as much as we need change as a country,” she said after reading through the list.

Johnson then called for eight minutes and 45 seconds of silence, the length of time that former Minneapolis police officer Derek Chauvin had his knee on George Floyd’s neck.

Tifanny Arango, also an HVRHS student and an immigrant from Colombia who now lives in North Canaan, addressed the crowd. She spoke about the injustice and danger of creating harmful stereotypes.

The protesters then spread out along the roadside and raised their protest signs at passing cars.

Many protesters chatted with one another, and while they did not always stand 6 feet apart, everyone wore a mask.

State Rep. Maria Horn (D-64) was in attendance, and in an interview said she encourages people to voice their opinions.

“The more people stand up and the more we listen to and support one another in this, the more likely that we’ll get real and lasting change,” Horn said.

She is on the Judiciary Committee of the Connecticut General Assembly and will be voting on a police accountability package in a special session in July.

Horn noted the importance of people actively showing up to the protests in the area.

“We’re going to be made uncomfortable by speaking up, and that’s a small thing that we can do. That’s a gift, actually. I think we learn from that discomfort,” said Horn.

“This is the way we take the first step toward actual action.”