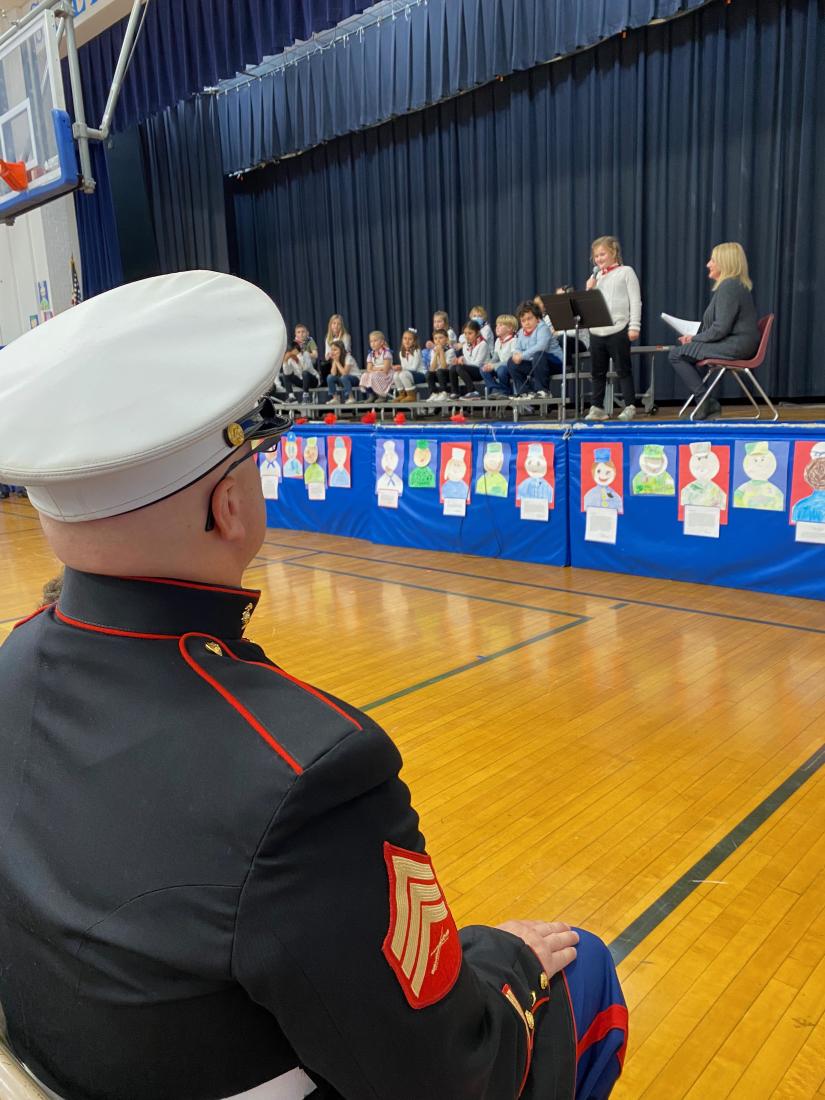 Veterans were honored at a school assembly at North Canaan Elementary School on Monday, Nov. 21. The event was presented by the second grade class. Marine Sgt. Kurt Crump, foreground, was among those honored. Photo by Leila Hawken

NCES thanks veterans for their service

NORTH CANAAN — Giving thanks to veterans was the theme of an all-school assembly at North Canaan Elementary School, hosted by the second-grade class on Monday, Nov. 21.

There were patriotic songs, letters written by the students, and certificates to be presented to each veteran who attended, estimated at 15 who had served in most of the military branches. Many veterans were relatives of current NCES students. Organizer of the event was Denise Sorrell, who teaches the second grade, assisted by 12 other staff members.

“They really worked hard on the event,” said NCES Principal Alicia Roy, speaking of the students. “Whenever we have a chance to honor the veterans, it is very special.” Roy also served as Master of Ceremonies, for the event aptly titled, “Thankful for Veterans.”

Students read letters they had written to veterans, each skillfully taking a turn at the microphone. A chorus sang selected patriotic songs.

“You are our heroes,” said Paxton Funk, as he read from his letter. “Veterans are amazing,” was a sentiment offered by Everett Hamilton. “Thank you for everything you have done for our country,” read Reagan Marchi.