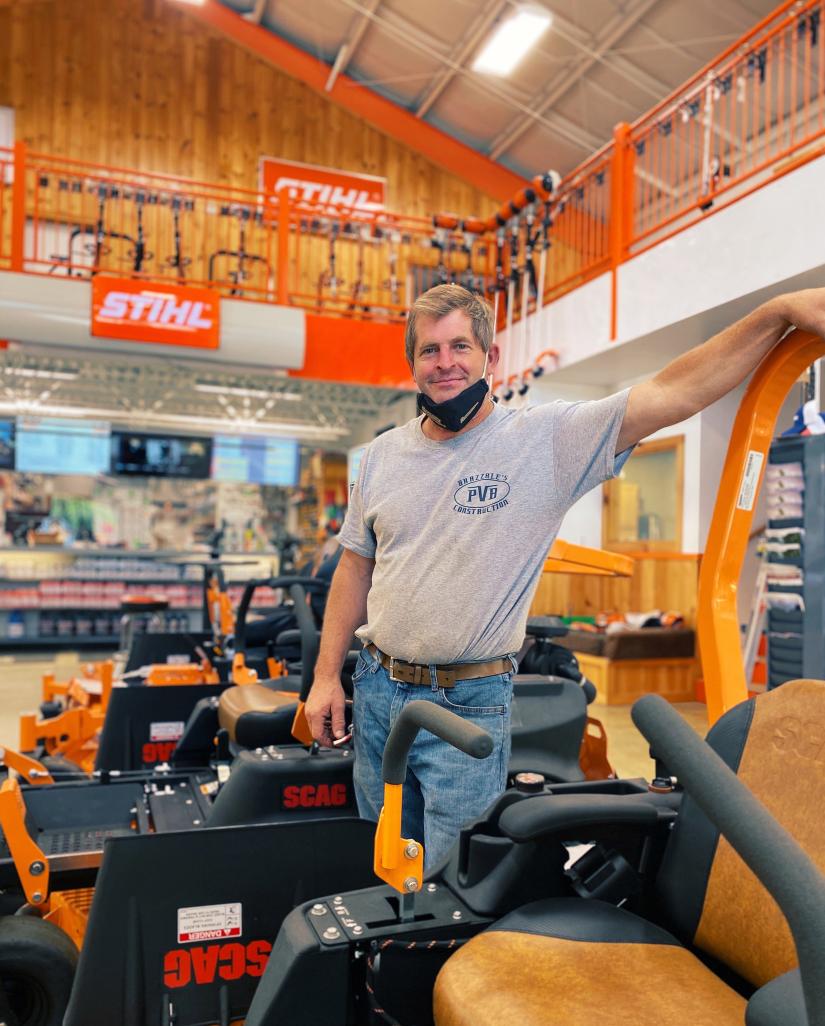 With generators, maintenance and caution are key

NORTH CANAAN — In a one-two punch, Tropical Storm Isaias’ arrival in early August, on the heels of four confirmed tornadoes in the Northwest Corner, wreaked havoc on thousands of homes and businesses by knocking out power and plunging the region into darkness for nearly a week.

Not since the freak October snowstorm in 2011 has Rich Crane Jr. experienced such a “disastrous” week.

Crane, owner of Crane’s Outdoor Power Equipment on Route 7 in North Canaan, was inundated with frantic calls from customers in the aftermath of the recent storms. They were  either looking to buy a portable generator, or seeking help to start up the ones they already own.

The majority of callers, he said, were worried about the loss of food in their refrigerators and freezers after a prolonged period without electricity.

The chaos of a power outage is not the time to troubleshoot your generator, said Crane.

“The biggest problem from callers is with generators that don’t get used. They are stored away and then won’t start. A lot of people purchased one back in the big October storm about 10 years ago, and haven’t used it since,” said Crane.

Compounding the situation, many customers were unable to bring their generators into the shop, so Crane’s employees were deployed to house calls. His team dropped all their non-essential work and their summer focus on lawn-related equipment to “try to keep the generators going” for residents homebound due to downed wires and trees.

“We didn’t have the manpower to go and pick up every generator and get it running,” he said. That’s not even counting the additional challenges of the COVID-19 quarantine.

As the days, and outages, wore on, replacement parts also started to run out with many on backorder, including parts for carburetors, whole carburetors and various engine components.

“On top of that, we had no internet, and our phones were down,” Crane said during a phone interview Aug. 12, following another long day of nonstop business.

“I forwarded the phone system to my cell phone, and had hundreds of calls on my cell. And since cell service does not physically come into my building, I had to go outside.”

Like a car, generators require regular maintenance to keep them running smoothly and safely, said Crane.

“Most people think, if I have a gas generator I will do my due diligence and start it up every few months, add gas and maybe check the oil, but then time passes and they forget. Next thing they know, they need it in an emergency and the generator doesn’t run.”

The first thing, he said, is to understand the fuel requirements of your particular model of generator, as most portable generators run on gasoline with 10 percent ethanol or less. To ready the generator for the next emergency, he suggests filling the unit with gas, starting it up “so the gas can run through the system, and let it stand with the non-ethanol gas in it.”

Budget is a factor when buying a portable generator, which can cost anywhere from several hundred dollars to upwards of several thousand dollars, depending on size, power and other add-ons, such as wheels to help move it around, weather-resistant storage covers and the installation of an automatic transfer switch that converts the generator to standby mode.

While a portable generator can be a lifesaver, if not properly used, it can also be deadly. According to the Consumer Product Safety Commission, more than 900 people died of carbon monoxide (CO) poisoning from portable generators between 2005 and 2017, and an estimated 15,400 people were treated in emergency rooms for portable generator-related CO poisoning during that period.

If not properly grounded, generators, which run hot, can also become a fire hazard or cause electrocution. Gasoline, used to fuel most portable generators, is highly flammable and can cause a fire if it is spilled on a hot generator. Over-taxed or faulty extension cords, too, could spark a flame. Owners should also make sure there is nothing combustible nearby.

“Fire and fumes are the most dangerous,” said Crane. “People are so worried about getting power back quickly that they don’t think of the risks.” The power equipment professional suggested that when adding gasoline to the unit, shut down the generator and let it cool off. Then check the oil level and refuel.

To avoid carbon monoxide poisoning, generators should be placed at least 18 feet from the side of your home and 5 feet from your lot line or any window or door. “A lot of people, through this storm, had their windows open,” Crane noted, heightening the risk of exhaust fumes blowing into the home. “We recommend using as long a cord as possible.”

Generators produce enough power to cause electrocution or severe shock, and should be placed on a dry cement block beneath an overhang that protects it from rain, snow or moisture. They should only be used outdoors and never inside a home, garage, barn, camper or work area.

There are many considerations to consider when buying a new generator, said Crane, including whether it is intended to be used as a portable generator fueled by non-ethanol gasoline, or as a more permanent, standby home generator that runs off of propane and requires installation of a transfer switch by an electrician.

Backup generators are most popular, with average households looking for between 3,000 and 7,000 watts of power when the lights go out.

This size allows most homes to power their appliances and comfort systems. A generator with between 5,000 and 6,500 watts is capable of powering homes with a well pump and/or a larger heating or air conditioning system.

Crane said there are also diesel and solar-powered generators on the market, but he said these types of models are generally larger and more costly units, used mainly by businesses, schools and other facilities.

The last thing a homeowner should do is try to power their entire house with a portable generator by plugging it into a wall outlet, a dangerous practice known as “backfeeding.” This can lead to electrocution and send electricity into the power lines, posing a risk to the homeowner as well as nearby utility workers and even neighbors served by the same utility transformer.

To avoid such an accident, Crane strongly suggests having an electrician install an automatic transfer switch next to the home’s electrical panel. The switch allows homeowners to power the plugs already connected to their home’s circuits. A standby generator can power all of a home’s essential circuits, or just a select few.

“The first and foremost important thing I can suggest is to have an electrician make sure the hookup is a correct hookup, and that there is no way anything can be overloaded,” said Crane. The added cost of about $500 for the transfer switch, and a few hundred dollars more for the install, he said, is worth the peace of mind and added safety.

“We try to educate customers” when it comes to selecting, operating and maintaining a generator, said Crane, who, with his parents, purchased the business from the Segallas, who were neighbors in North Canaan, in 1992.

Crane bought out his parents’ stake in the business in late 2007, he said, and is the current owner of the expanded Crane’s Outdoor Power Equipment, which has been family owned and operated for more than a half century.

This month’s severe storms and power outages, which caused hundreds of thousands of power outages throughout Connecticut and the Tri-state area, illustrate the value of a well-maintained generator, regardless of the season, said Crane.

“This one and the one in October a few years back, were both widespread events, whereas power outages involving winter storms tend to be more centralized to a certain part of the state,” said Crane, causing fewer long-range shortages of essentials such as gasoline, bagged ice, bottled water and even generators and generator replacement parts as was the case recently.