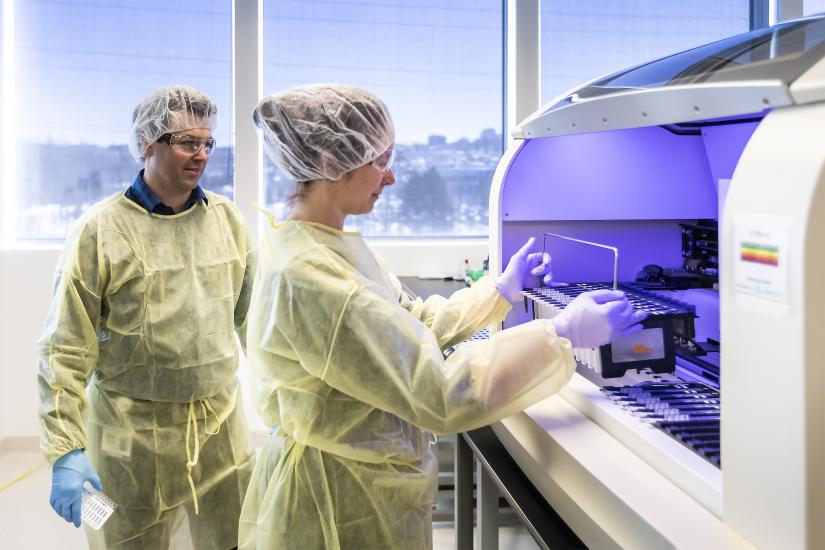 NORTH CANAAN — Hospitals across the United States now have increased capacity to perform rapid, on-site testing to screen patients for COVID-19, thanks to North Canaan’s own Becton Dickinson and Company (BD).

BD is a global provider of medical devices, with a manufacturing plant in North Canaan. The company has received Emergency Use Authorization from the Food and Drug Administration (FDA) for a new diagnostic test that will enable U.S. hospitals to screen for COVID-19 — and get results in under three hours.

The request to the FDA was made in mid-March by BD and its partner company, BioGX, an Alabama-based molecular diagnostics company, and approved on April 3.

BD, headquartered in Franklin Lakes, N.J., has also committed $1.1 million in relief efforts to combat the pandemic in the U.S. and internationally.

The new diagnostic test could be used with the company’s BD MAX molecular diagnostic systems, which are installed in hospitals nationwide, thereby “reducing the added time and complexity of needing to send samples to a reference lab,” according to a press release. “The system is fully automated, reducing the opportunity for human error and increasing the speed to result. The BD MAX system can process 24 samples simultaneously.”

The tests are expected to add capacity for 50,000 tests per week nationwide.

According to Tom Polen, BD’s CEO and president, the test works by taking a nasal swab, putting it into a transport media, and then sending it to a hospital that has a BD MAX system.

In BD’s announcement on March 23 that it has committed $1.1 million to COVID-19 response efforts, it said it has donated $750,000 to relief efforts in the U.S. and internationally, in addition to $350,000 in cash and product toward relief efforts in China earlier this year.

BD is also exploring development of a point-of-care test for coronavirus by leveraging its BD Veritor system, which is currently used to test for other respiratory infections including Influenza A, Influenza B, a respiratory virus known as RSV and Group A Streptococcus.

BD’s North Canaan plant, along with all of the company’s manufacturing and distribution centers throughout the U.S., are fully operational. Its teams are considered essential workers, exempt from the “shelter in place” directives many states have issued, including Connecticut.

The North Canaan facility, which was established in 1961 and is the largest employer in the Northwest Corner, produces billions of medical syringes annually.