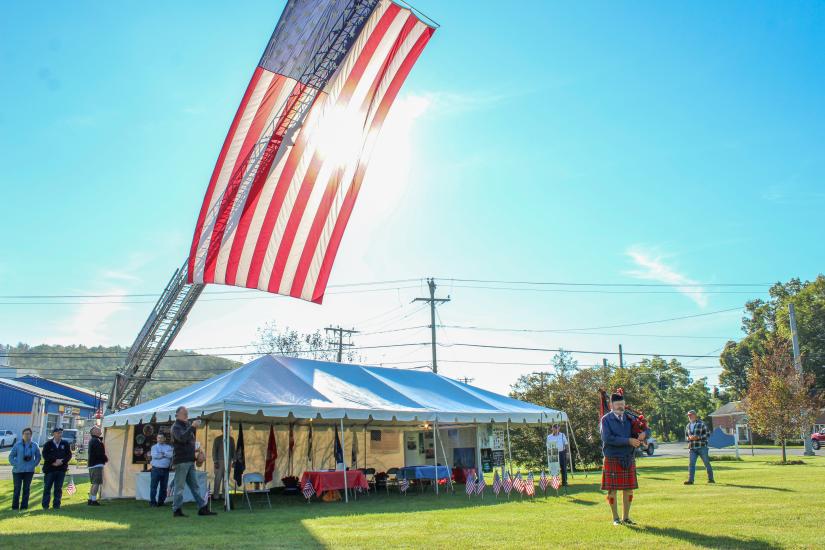 Lee Collins, above, offered a bagpipe salute during the 9/11 memorial, accompanied by a cannon blast. Photo by Patrick L. Sullivan

It was part of a ceremony remembering the victims of the Sept. 11, 2001, terrorist attacks.

An enormous American flag, suspended from a fire truck ladder, hung over a tent. Outside the tent was a memorial to the 13 military personnel recently killed in Afghanistan.

Inside were exhibits about the 2001 attacks, and a space for a flag-draped coffin.

After the 9:03 a.m. cannon firing, a reader began intoning the names of the victims, beginning with American Airlines Flight 11.

The resounding boom was created with a charge of 6 ounces of black powder.

Lee Collins of Lime Rock was the bagpiper.

Traffic was halted momentarily on Route 44 for the cannon shots.

The prevailing mood was quiet and somber. Small groups of people came, looked at the exhibits, exchanged a few words, and waited for the cannon to sound again.