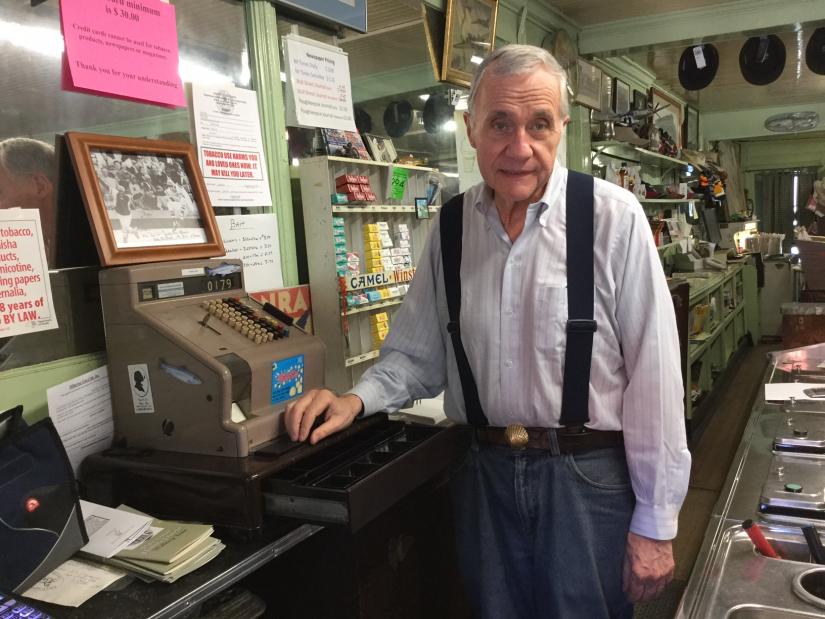 Terni’s bids farewell to Millerton after 100 years of business

MILLERTON — After commemorating its centennial year in the village of Millerton this past summer, Terni’s has announced it will be closing its doors for good on Thursday, April 30. The closure of the village’s oldest businesses marks an end of an era.

Tracing the story of Terni’s back to 1919, the family-owned business at 42 Main St. began with Paul and Assunta Terni, who immigrated from Parma, Italy, and purchased the space on Main Street. Among its modest beginnings, the store was previously known as the George W. Brown store and primarily sold fresh fruit, vegetables, candies and ice cream.

Above the store sat a small annex that housed a shoe shop run by Tony Basile. In 1926, Basile moved his business to Center Street, which led the Ternis to open a United Cigar store  in its stead.

Even after Paul Terni’s passing in 1927, the store remained within the family with matriarch Assunta running the business with help from their sons, Arthur and Steve. Arthur adapted the business to sell sporting goods in 1934 as its owner. More than a century later, the store continued to run under the tender care of third generation shopkeeper Phil Terni and his wife, Ellen. Its inventory grew to include a selection of fishing tackle, firearms, newspapers, tobacco, sweets, clothing and other equipment. On July 19, 2019, the store commemorated its centennial year.

Withstanding the test of time, Terni’s has remained a constant in the business district, embracing generation upon generation of customers who appreciated its role as a village mainstay. The store has maintained its historic character and quaint atmosphere during changing times, and many Millerton merchants were truly saddened by the news of its impending closure. Though Phil and Ellen Terni politely declined to speak about the store’s closure right now, other merchants shared memories of their time spent there.

“Terni’s was the last link to Millerton’s past,” said Montage owner Dana Rohn. “As so much has changed — in Millerton and in the rest of the world — Terni’s store seemed such a wholesome reminder of the America we came from.”

Calling the store “a genuine Mom and Pop operation that provided a hub for the village,” Rohn recounted how, for years, Terni’s was the center of village life and marveled at the many generations of the Terni family who lived in Millerton during major events throughout the 20th Century.

“Terni’s is irreplaceable,” she said. “It is the end of an era. But I sincerely hope that the memory of their store will carry on.”

“For a century, three generations have made Terni’s not just a fine and unique retail store, but also a community gathering place,” said Ed Downey, president of the North East Historical Society. “Its closing is so much more than the loss of another retail establishment.”

Whether he was watching his father, Gus, exchange the latest local news with Arthur Terni or savoring a vanilla fizz prepared by Assunta Terni, Downey recalled fond childhood memories spent at the store, ascribing a visit to Terni’s as a necessity for Millerton youth returning to the nest.

“For anyone who grew up in Millerton, a stop at Terni’s was a must whenever they returned for a visit because then they knew they were ‘back home,’” Downey said.

“Basically, I recall a sense of communal respect and admiration for the services and space Phil Terni provided the community for decades,” Downey’s eldest son, Kyle, said when asked about his childhood memories of the shop.

As a friend of Phil and Ellen Terni and the owner of the second longest-standing retail business on Main Street, having just celebrated 45 years, Oblong Books & Music owner Dick Hermans said he was saddened by the closing considering how “essentially irreplaceable” Terni’s is.

“There is no way to start a business these days that embodies the character and legacy of an enterprise that has passed through the hands of several generations of a family,” Hermans said. “Combined with the devastation being caused by the COVID-19 pandemic, this is a serious blow to the village commercial district. We can only hope that once folks are healthy and back to shopping in Millerton again, some ambitious persons will be charmed by the vintage Terni’s building and work to create something new that is respectful of all that Terni’s added to the character and community of Main Street.”

While village businesses have temporarily closed their doors due to the coronavirus crisis, the Ternis notified the public of their decision to close by fixing a sign on the store’s front window. Thanking the community for its lasting support, the Ternis informed the public that “the character of this store has been made by three generations of your patronage, loyalty and fine conversation.”