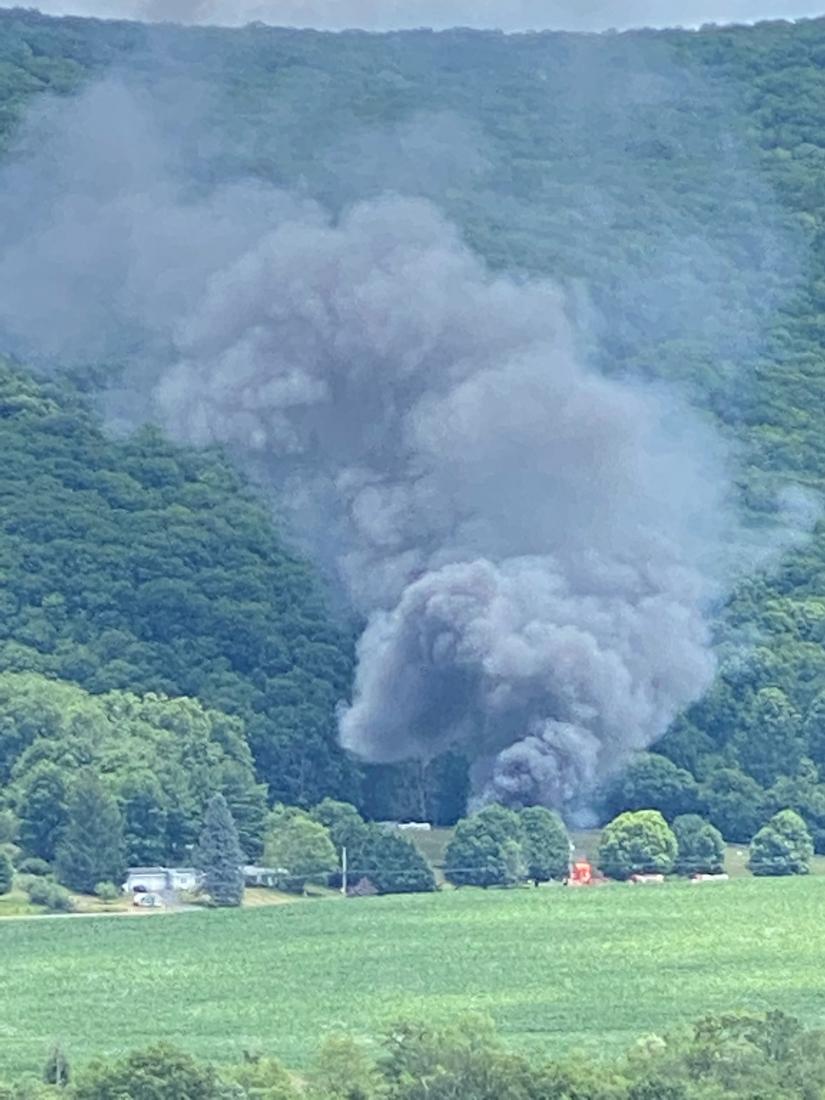 Officials from multiple area fire companies responded to a fire at 1310 Boston Corners Road in Millerton on Sunday afternoon, July 12; the smoke from the fire could be seen from miles away. Photo by Wendy Hill

MILLERTON — Officials from multiple fire companies across the Tri-state region sprung into action to respond to a report of a structure fire on Boston Corners Road in Millerton on Sunday afternoon, July 12.

Millerton Fire Chief Jason Watson reported that the Millerton Fire Company received a call at 12:39 p.m. about a house fire at 1310 Boston Corners Road. Describing the scene as smoky and hot, he said Millerton firefighters arrived on site at 12:48 p.m., as did crews from the Copake, Ancram, Wassaic and Lakeville, Conn., fire companies.

Flames were said to be shooting out of the garage and out of the main body of the house belonging to Millerton resident and business owner Janice Hylton, of Hylton Hundt Salon, and her wife, Gail Smallridge. It took the attending fire personnel about 20 minutes to extinguish the blaze; the house was said to have suffered severe damage and be a total loss.

Thankfully, no injuries were reported, and both Hylton and Smallridge escaped the fire safely with their cat. Now the couple is reportedly seeking a long-term rental in either Connecticut or New York, which could be tough given the rental market is so saturated with city residents coming up north seeking shelter during the COVID-19 pandemic.

Ancram Town Councilwoman Bonnie Hundt, Hylton’s longtime business partner at Hylton Hundt Salon, said in an interview that Hylton and Smallridge were at home when they heard a sound in their garage. Looking into the garage, Hunt said that the couple spotted a solar power battery that was reportedly on fire.

According to Watson, the official cause of the fire is still being investigated at this time.