Skip to main content
DIGITAL EDITIONS
Home / Home
Home » Millerton » Looking back on the Fourth of July, 1917: When the Red Cross celebrated Independence Day in Millerton 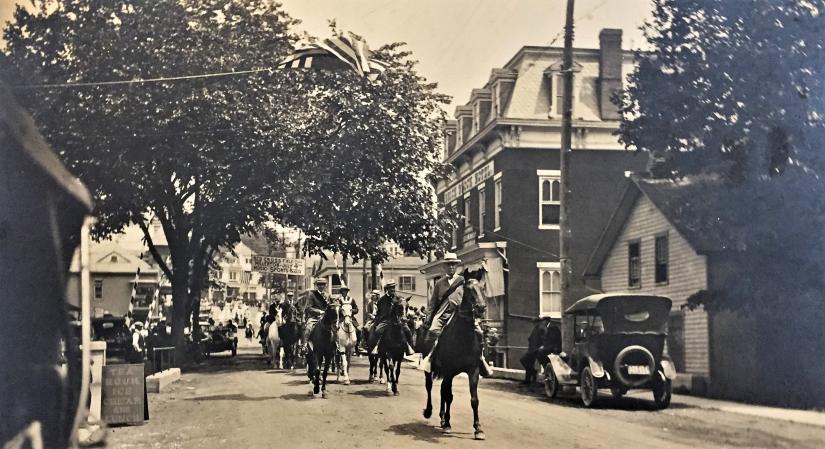 Members of the Red Cross rode horses and marched in a Fourth of July Field Day parade in Millerton in 1917, as the humanitarian organization tried to raise support for its WWI and pandemic relief efforts of the day. Photo Courtesy of The North East Historical Society​

Looking back on the Fourth of July, 1917: When the Red Cross celebrated Independence Day in Millerton

MILLERTON — Red Cross workers were part of a massive vanguard as they led a Fourth of July WWI-era parade during the village of Millerton’s Red Cross Field Day way back in 1917. The event, which also featured music and sports, was but one of a nation-wide show of support for the humanitarian organization which, in those times of desperate need, aided in both pandemic and war efforts. Today, as the U.S. and the rest of the world face a new pandemic, it’s interesting to reflect on how different times were, and yet on how similarities remain.

Residents near and far did what they could in their own way to help the organization. That included Reed Hotchkiss who, according to the Millerton Herald, “traveled north to Ancram, Copake and Hillsdale” to place signs in store windows advertising the July 4 event.

The 1917 Millerton celebration featured Amenia resident Asa Arnold, who, according to the Beacon Daily Herald, exhibited “a bear and a wild cat he had just captured alive in the Catskill Mountains of Northern Orange County.” The animals apparently put up quite a fight before being taken; they were eventually housed at a zoo.

In Amenia, the local paper noted that the 1917 patriotic Millerton event was organized by 20 businessmen working with “the ladies of the Red Cross” and would include the largest parade ever conducted in the area. Home Defense Companies were invited to vie for a $50 Liberty Bond and Boy Scouts for a $35 silk flag. The 1916 County Championship Amenia Baseball Team was set to compete and everyone was ready to “do his or her best to the extent of great personal sacrifice.”

Around the country and throughout the year both amateur and professional athletes answered the call to help the burgeoning Red Cross through similar fundraising Field Days.  Boxers took on opponents and games were played, even by the New York Yankees who, during their own Red Cross Field Day in May 1918, defeated the Cleveland Indians 7-1.

During those War years, the American Red Cross grew from humble numbers when the conflict erupted in Europe in 1914 to one which, by the end of the War in 1918, included donors or volunteers numbering 20 million adults and 11 million youths — fully one-third of the country.