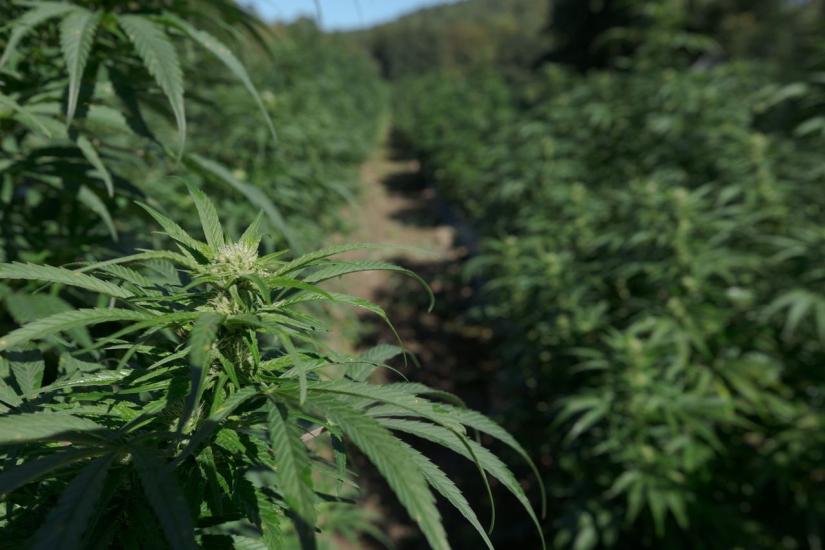 Three years since their operations took off in the village of Millerton, Harney & Sons’ sister company, The Hemp Division, has been doing well in the midst of the changing hemp market. Photo submitted

Harney & Sons has its hand in the pot

For those unfamiliar with the world of cannabis, here are a few key terms to keep in mind. The term “cannabinoid” has been defined on the National Cancer Institute website, www.cancer.gov, as a type of chemical in marijuana that causes drug-like effects throughout the body, including the nervous and immune systems. The Alcohol and Drug Foundation website, www.adf.org, attributes delta-9-tetrahydrocannabinol (THC) and cannabidiol (CBD) as the two main cannabinoids, and recreational, medicinal and synthetic as the three types of cannabinoids used by people.

As they wait to find out what the rules will be now that New York State has legalized adult-use cannabis, local CBD retailers — such as Harney & Sons in Millerton — are considering their future operations. The Millerton News spoke to Michael Harney, vice-president of Harney & Sons, in November 2019 when the company world famous for its tea announced the opening of its sister company, The Hemp Division.

Harney said the initial thrust for The Hemp Division was beverages, both hot and bottled. Looking into other municipalities (like neighboring Copake in Columbia County) that were growing hemp, Harney & Sons pursued growing and harvesting hemp in Millerton.

Planting hemp in the summer of 2018 with plans to harvest it the following fall, Harney & Sons began The Hemp Division with 4 acres of hemp. Given their expertise as “tea people,” Harney said they learned the differences between growing an annual crop like hemp and a perennial crop like tea, as well as the amount of work involved between harvesting and keeping the crop under control.

Operating at 6075 Route 22 in Millerton, it’s now been three years since The Hemp Division took off and business has been going well. Considering how the hemp market has changed in the last few years, Harney said he’s noticed some of the people who were previously active in the market are no longer involved.

He added there was also supply in the beginning, then more supply than demand as the demand is building. Fortunately, Harney said his company has been lucky enough to have a steady business that doesn’t have vagaries.

Regarding the community’s response to The Hemp Division, he acknowledged there’s been some intrigue and hesitancy, but so far the business has been going in the right direction.

“The growing is always interesting and we’ve stumbled upon some good people to help us do that,” Harney said. “We’re learning how to make it into a regular business rather than into a hobby, seeing what works and what doesn’t. That part is coming along. However, the impression that it would be a gold mine probably was exaggerated.”

As far as what’s next for The Hemp Division, Harney said because the company is not sure what the new rules will be, it doesn’t don’t know if or how it  might participate.

“We need to sort of get a better understanding of what the future might hold,” he said.

The governor signed the law that made recreation marijuana legal on Wednesday, March 31, making New York the 15th state to do so following New Jersey, which officially legalized cannabis on Monday, Feb. 23.

Cuomo’s website, www.governor.ny.gov, states that the legislation fulfills a key component in his 2021 State of the State Agenda in regard to managing New York’s economic crisis, made worse by the coronavirus pandemic.

On top of providing licensing for marijuana producers, retailers, distributors and others involved with the cannabis market, the legislation will expand New York’s existing medical marijuana and cannabinoid hemp programs. It also establishes the Office of Cannabis Management to implement a comprehensive regulatory framework that will cover medical, adult-use and cannabinoid hemp.

The legislation will also create a social and economic equity program to help those who have been “disproportionately impacted by cannabis enforcement that want to participate in the industry.”

Among the legislation’s potential economic opportunities, New York State’s adult-use cannabis industry has the potential for creating between 30,000 to 60,000 new jobs statewide while tax collections are projected at $350 million annually, according to the governor’s website.

In a press release issued the day he signed the legislation, Cuomo said, “This is a historic day in New York — one that rights the wrongs of the past by putting an end to harsh prison sentences, embraces an industry that will grow the Empire State’s economy, and prioritizes marginalized communities so those that have suffered the most will be the first to reap the benefits.”