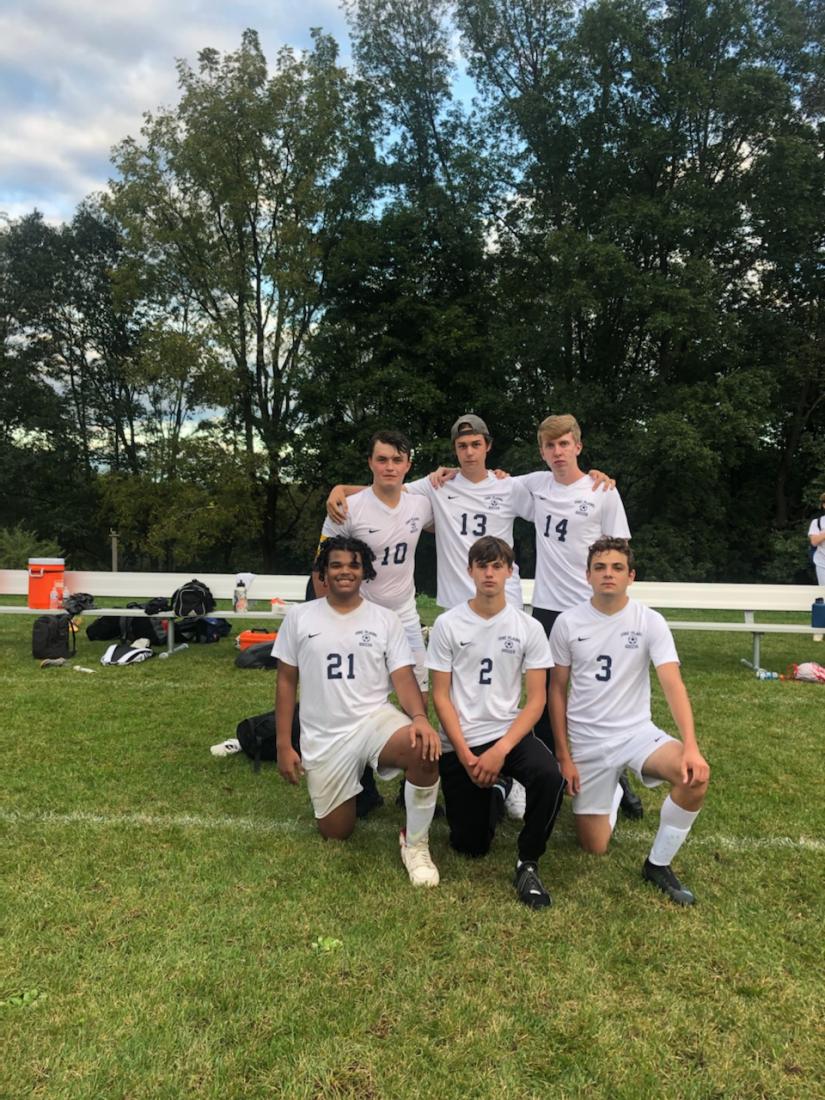 WEBUTUCK — Closing a rocky athletic season, the Webutuck boys varsity soccer team redeemed itself on the field on Wednesday, Oct. 20, by defeating Highland during its senior game.

Beginning at 6:15 p.m., the game was held on the field behind Webutuck High School. Having merged with the varsity team  from Stissing Mountain High School in Pine Plains, six seniors were honored, including Webutuck’s Tyler Howard, Ashtyn Whitehead and Teyvon Thrasher and Bombers Ryan Grom, Patrick Giesler and Matthew Arent.

Looking back, Webutuck Coach Nicholas Barnes said, “This was probably our best game that we played our entire season.”

Webutuck scored in the fifth minute of the first half, thanks to Webutuck eighth-grader Alex Caldiero.

Barnes noted the team played with a man down when one of its players got a red card. Tyler scored another goal for Webutuck in the 15th minute.

By the second half, Barnes said nobody scored on either team, though he said Webutuck did “a really great job” at holding it together, playing as a team and persevering.

“It was really a test of our willpower and our strength and our determination,” he said, “and it went into double overtime.”

Teyvon scored a goal for the Warriors in the second half, making two saves against a penalty kick that Barnes said would have led to Webutuck’s loss had Teyvon let it in. Patrick also scored for Webutuck in the last 30 seconds of the game, leading to the team’s victory over Highland at 3-2.

Asked how the team evolved during the 2021-22 season, Barnes said, “I have a completely different outlook on it since the first game. Especially coming from the beginning of the year, we merged with the schools, so it was a wrench thrown into everything and we had to adjust to a whole situation.

“We started the year a little bit shaky but slowly throughout the year we built on it,” he continued. “They improved on a lot of things, so the last game it was very good for both programs… It was a good way to revitalize a program that’s dying out — a morale boost for next year.”