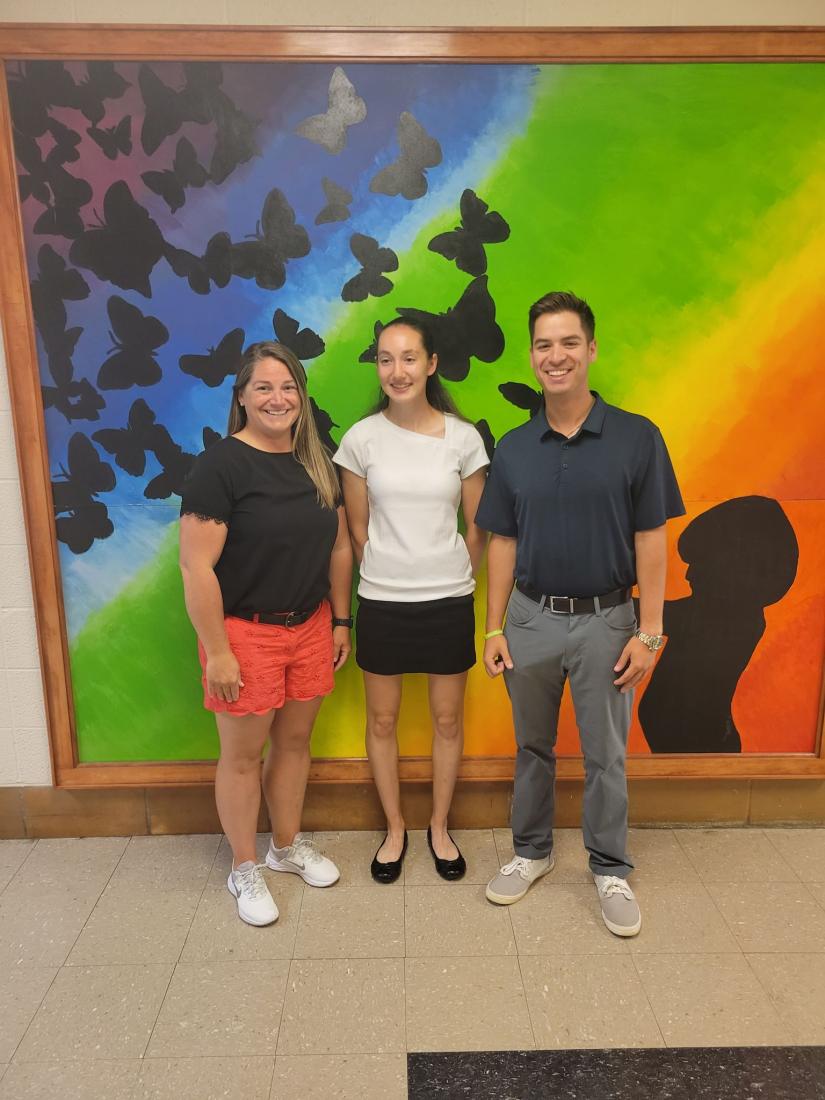 WEBUTUCK — Graduation Day may have taken place on June 24, but Webutuck student athlete Amanda Intrieri, an incoming junior, is still reveling in her success as the Section IX Division Track Champion for the 2021-22 school year.

The entire North East (Webutuck) Central School District is also enjoying the success of its Esports team’s first year of existence and competition.

Amanda was called before the Webutuck Board of Education (BOE) to celebrate her accomplishment at its Monday, June 13, meeting. The BOE also discussed the popularity of Esports that night.

Lasaponara said Intrieri also qualified for the 800-meter dash, which he had the opportunity to observe.

“It’s really special,” said the athletic director of Intrieri’s achievement. “She kind of shines through her independent spirit, but also through her humility. You would never know how quick she was or how successful she was.”

Through her competitiveness but also her humbleness, Lasaponara said the young student athlete has qualities that Webutuck looks for in those who compete.

“We’re really grateful for her success,” he added.

“I’m very, very proud of Amanda due to the fact that she had a goal in mind: From day one, she knew she wanted to go to state quals, and she did that,” added teacher Kathleen Howard, was once the Athletic Director herself.

Competing in back-to-back events, Howard said Intrieri competed against 37 different schools in the 800-meter dash, finishing in eighth place out of 20 athletes.

As she raced off the track, Howard said she and Intrieri ran to each other and that Intrieri had a big smile on her face.

“She was not defeated by any means and the very first thing she said was, ‘I got this next year, it’s mine.’”

The superintendent was among those who were very proud of the young Lady Warrior.

“Congratulations and thank you for representing our school district community,” Castellani said to Intrieri at the BOE meeting.

For the Esports presentation, Castellani credited Webutuck Interim Technology Director Lauren Marquis as being instrumental in bringing Esports to the WCSD. He mentioned video gaming is now an official sport across the country and globe; it’s also the fastest growing scholarship offering from colleges.

After doing research into Esports, Marquis said the sport was brought to the BOE’s attention. She thanked the school board for allowing Webutuck to host Esports this spring, noting it opened up an avenue for less-athletically inclined students who previously never experienced the thrill of competition to do so, in a sporting arena.

She said Webutuck’s Esports team had some great successes with its MBA 2K team achieving second place in a recent tournament. The team also had a student who was approached by several different schools about getting his contact information.

“We hope to continue moving forward and opening more doors for students coming up,” Marquis said.

Webutuck physical education and health teacher Alan Benson spoke about the diversity of the Esports team and those who participated. He also shared how he first got involved with the team after initially being slated to work with track and field. Benson said he was approached last fall about the possibility of working with the Esports team instead.

“I was interested in the idea of trying to get a non-traditional athlete involved in an extracurricular activity where they still had healthy competition with other schools,” he said.

As he reflected on the experiences of this the inaugural Esports team at the WCSD, Benson said he was really glad the Warriors were able to get enough students interested in the program to form an entire team that could partake in county-wide competitions.