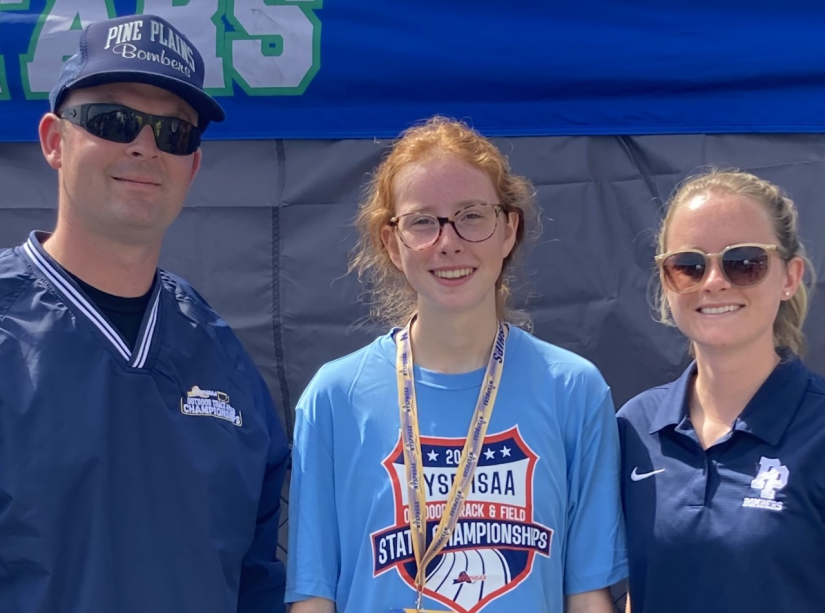 “We are very proud of Tessa,” said Stissing Mountain Athletic Director Rob Scott. “She worked very hard during the season and has a bright future in track.”

Speaking as Tessa’s jumping coach, Stissing Mountain Track Coach Samantha Mason added, “Tessa worked extremely hard this season to improve her high jump technique. She was consistently jumping 4’6” as her personal best. As her jumping coach, I worked with her on improving her approaches, such as her run and turn.”

In addition to tweaking Tessa’s technique,  Mason said the skilled sophomore worked in the weight room with the track team’s Head Coach Michael Cooper. Together they trained on specific explosive techniques “to build a more substantial base to use that power to clear higher heights,” explained Mason.

Throughout the season, Tessa improved greatly. In fact, Mason said Tessa was able to jump as high as 4’10’’ — a new personal best that earned her the chance to compete in the high jump at the state championship meet with 42 other athletes from across New York.

The state competition was held at Cicero-North Syracuse High School in Cicero. Mason said Tessa competed on the second day of the competition, which fell on Saturday, June 11. Regarding how Tessa did at the meet, Mason said she jumped to 4’6’’ during the opening competition.

“As a sophomore competing at this level of competition, Tessa handled herself in a high-stress environment,” Mason said. “As coaches, we are incredibly proud of her accomplishments and look forward to the future to watch as she grows in her upcoming years in track and field.”