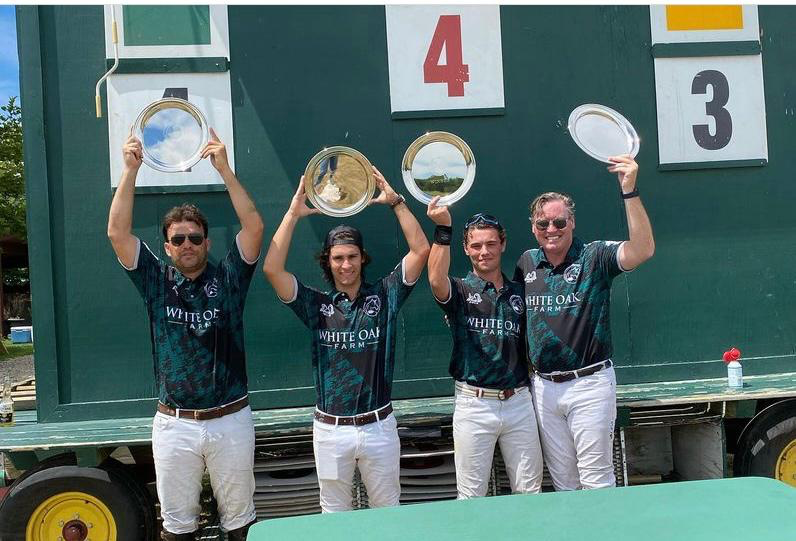 PINE PLAINS — The Mashomack Polo Club drew quite a crowd of spectators this past weekend, as it hosted various matches, including the 2022 USPA Master Cup on Sunday, July 31.

Playing for the coveted shiny metallic cup in the final round were polo teams CRG vs. Juju Brook. By the end of the heated play on the field, Juju Brook had the advantage, winning the championship with 5 points to CRG’s score of 3.

The horse, BPP Medialuna, is owned and was ridden by Gaston Lisioli.

The USPA Centennial Cup was also played on the popular Pine Plains polo fields on the 31st, with polo team Dazos facing off against Hawk Hill.

By the end of the match, Dazos  was declared the victor, with a score of 13 over Hawk Hill’s 11.

The White Oak Farm polo team also savored the taste of victory this weekend, as it was declared the winner of the Mashomack Challenge on Saturday, July 30, against team 30 Yards with a final score of 4-3.

Players Kevin Hamilton, Austin Hamilton, Juanse Olivera and Tatin Zubiaurre were jubilant after receiving their trophy in reward for their efforts on the field.

Mashomack Polo Club Director Juan Olivera, who has been at the club for the past 20 years or so, said this summer has been a good one.

“The club is doing very well,” he said on Monday, Aug. 1. “We have a polo school running that is amazing, people are interested in the game and all of our games are full, so it’s a pretty good season for the club.”

For more on the remainder of Mashomack’s 2022 schedule, go to www.mashomackpoloclub.com. The Mashomack Polo Club is located at 48 Briarcliff Lane in Pine Plains.