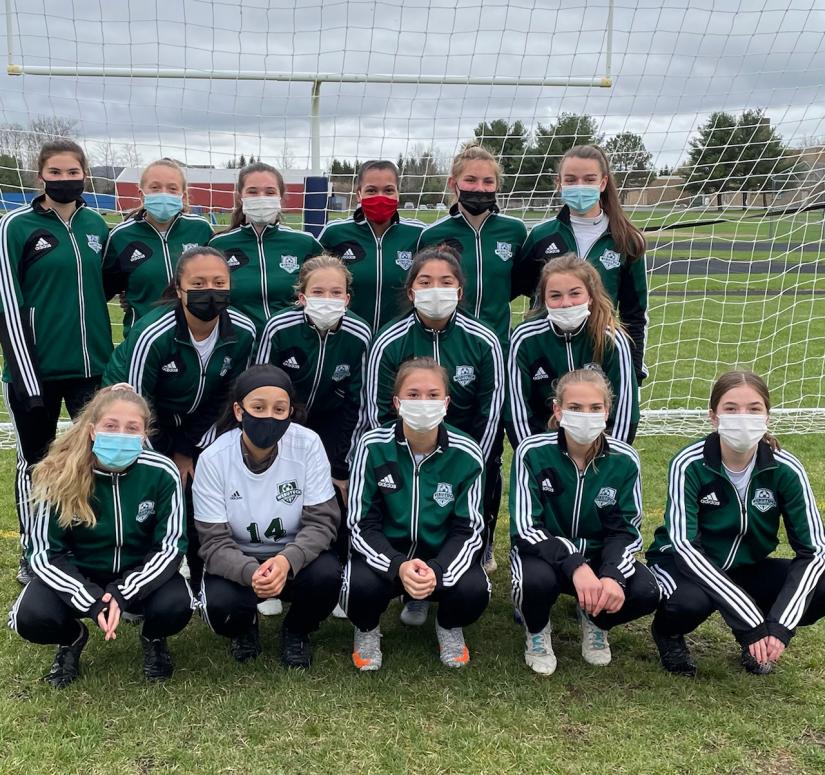 The Lady Warriors varsity soccer team ended its 2020-21 season on the field on a victorious note as it beat the Pine Plains Bombers 1-0 on Friday night, April 16. Photo submitted

WEBUTUCK — Even as they struggled to best their opponents on the field this season, the players on the Webutuck varsity girls soccer team finish their season on a triumphant note as they defeated Stissing Mountain in their final game of the season on Friday, March 16.

Kicking off at 7 p.m., the Lady Warriors and the Bombers faced off on the field behind Stissing Mountain Junior/Senior High School. Driven to victory by the chants of “Stronger” that rang through the air, Webutuck Coach Mark Moren said the team played “great” in their final game, leaving everything out of the field.

Among the outstanding performances under the lights last Friday night, Moren said Morgan Sprague, a sophomore at Webutuck High School, scored her first goal of the year, earning the Lady Warriors the win.

As for Webutuck’s keeper Grain Williams, Moren said she was “a brick wall in the goal, keeping us in a position to win. All the girls played great and I’m extremely proud of all of them.”

By game’s end, the Lady Warriors left the field as champions, bringing home a victory of 1-0 over the Pine Plains team.