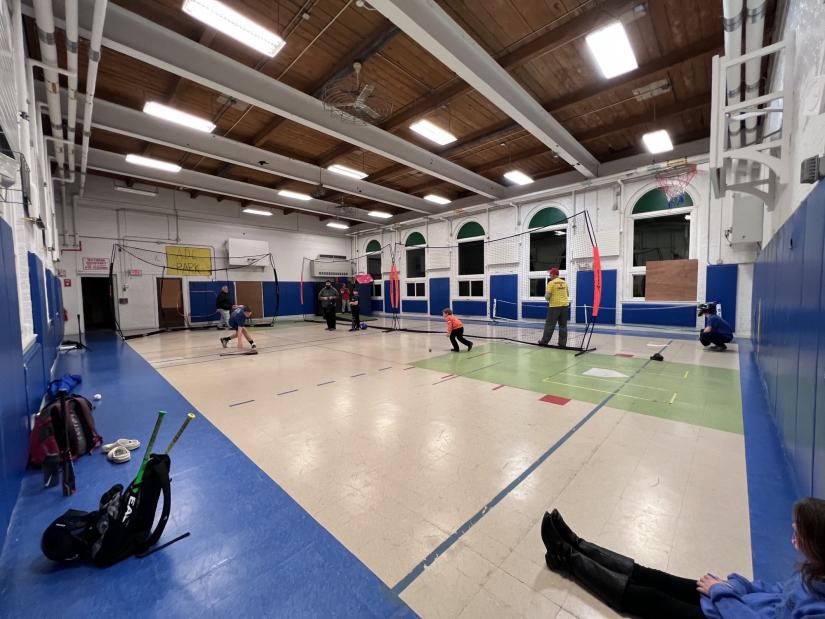 Starting at 6 p.m. on Monday and Wednesday nights, seasoned local pitching coach and former Pittsburgh Pirate John Lamb has been hosting a pitching clinic for the town of Amenia and its youth ballplayers inside the Amenia Town Hall gym. Photo submitted

AMENIA — Though baseball season is months away, the players in town of Amenia have been keeping up with their game by participating in the weekly pitching clinics hosted by former Pittsburgh Pirate and local pitching coach John Lamb in the Amenia Town Hall gymnasium.

“This is something he has done for years and we are very thankful for,” said Amenia Recreation Supervisor Kelly Milano.

While Lamb usually hosts his popular pitching clinic in the spring, Milano said he wanted to continue working with the young athletes right after the summer season ended, through the fall and winter.

Starting Monday, Oct. 25, the six-week pitching clinic has been held in the gymnasium inside the Amenia Town Hall at 4988 Route 22, on Monday nights. The sessions have been open to athletes ages 13 and older, both boys and girls.

The clinic continues on Wednesday nights for athletes ages 9 and 12 (more commonly the Little League players).

Both clinics are held at 6 p.m., and depending on the number of children who attend, Milano said they run for about an hour, sometimes longer.

Each week, the young athletes are given the chance to improve upon the skills they practiced on the ball field during the playing season with guidance from a professional MLB player and it’s at no cost to their parents.

With Lamb working with each player individually, the young sportsmen and women get to practice their pitching and catching.

Thanks to the addition of a few new nets in the gym, they have also had the chance to practice their hitting.

“I feel that this clinic is helping our athletes become better,” Milano said. “Not only does it benefit the town teams but also the school teams.”

Clinic to end, another to begin

While this year’s pitching clinics are scheduled to end on Wednesday, Dec. 15, Milano said Lamb is already planning on holding another pitching clinic starting mid-February.

Although the Amenia Recreation Department doesn’t don’t have an exact date for when the next pitching clinic will start just yet, Milano said the sessions will be open to athletes ages 9 and up and will run for six to eight weeks, depending on the weather and how quickly the town can get participants outside to work on their skills.