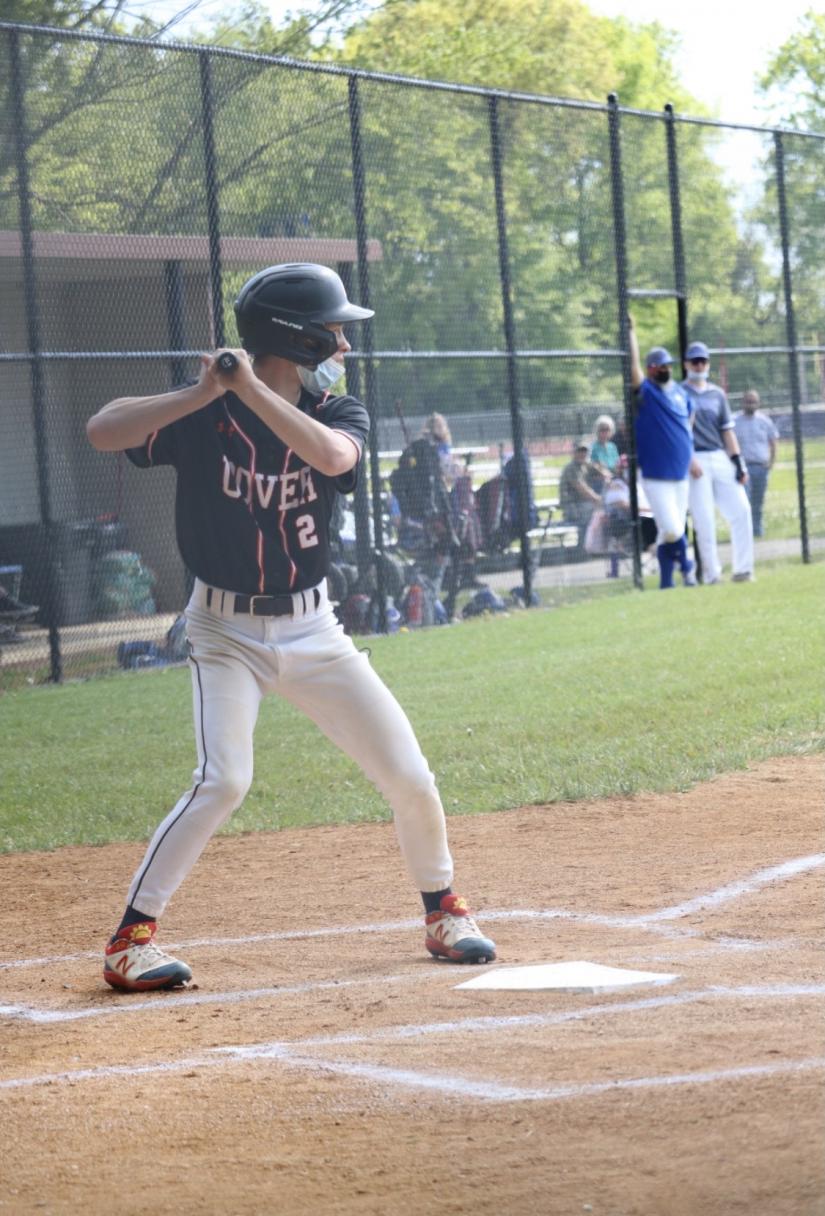 Stepping up to the plate with a bat in hand, Dover athlete Alex Marino readied himself for the pitch in a home game against Millbrook on Monday, May 24. Photo submitted

DOVER PLAINS — The spirit of America’s favorite pastime has been alive and roaring on the Dover High School varsity baseball team this season as the team has been adding one victory after another to its record these past few weeks.

Among the team’s highlights, Kevin Kirk was credited with throwing a no-hitter against Pine Plains on Thursday, May 20; Dover’s winning run for that game was walked in with a runs batted in (BRI) by Evan O’Connor.

Fans cheered on Declan Noonan as he hit a grand slam home run when Dover competed against Millbrook on Thursday, May 24.

When the Dragons played against Pine Plains on Tuesday, May 25, Kirk hit a double and stole three bases. O’Connor and Noonan each stole a base, and Marino scored a double and threw a wild pitch.

As of Tuesday evening, May 25, Dover had a season record of seven wins and one loss and a league play record of 7-0.