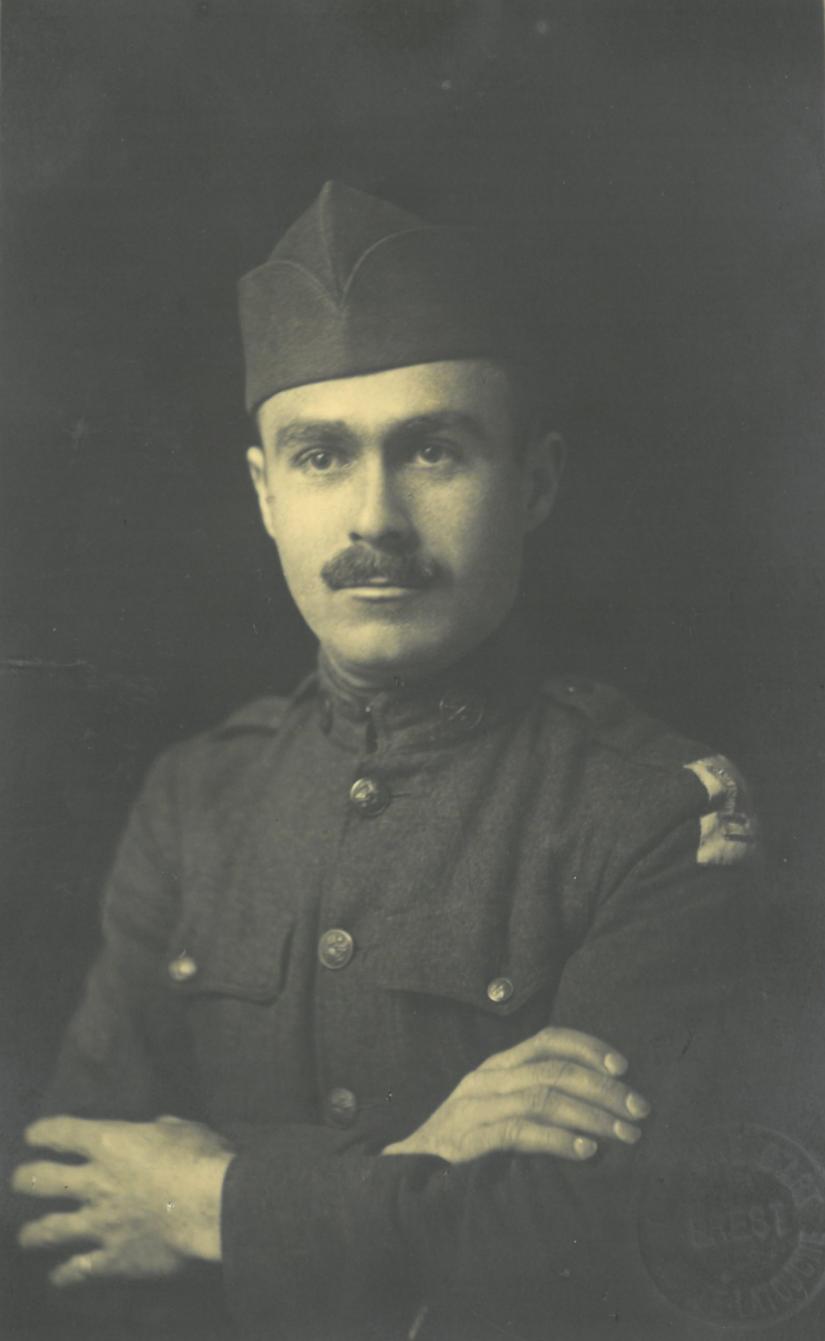 James P. Downey, uncle of Millerton attorney and North East Historical Society President Ed Downey, was born in Amenia on Jan. 30, 1894 and died in California on Aug. 30, 1972. During his WWI service in France, he wrote approximately 90 letters home, including the one presented here and published originally by the Millerton Telegram  on Dec. 22, 1918.  Photo submitted

From WWI veterans — over there — in their own words…

In honor of all who have sacrificed and served in the Armed Forces, and of the Veterans Day holiday, The Millerton News has been running a three-part series on WWI veterans from the local area and the letters they sent home to their loved ones from abroad. This is the last of the series, in which the war ends. Below is an edited letter from the Downey Family Archives written by James Downey, uncle of North East Historical Society President and Millerton attorney Ed Downey, first printed in the Millerton Telegram on Dec. 22, 1918. To read the full series, go to www.tricornernews.com.

Dearest Mother and all -—

Well mother we have at last received the glad news that Germany has accepted our peace terms, which I am certain will mean the end of the war. I well realize that this is not news to you, but you can bet it is welcome news for us. We have done some awful fighting during this past few weeks and that is what really brought it to an end had they not come to terms as soon as they did we would soon be in Germany.

The weather has been fearful for advancing but that little worried us. We marched in mud up to our ankles over the country which they hurriedly left behind. We are now located near a town which they left a few days ago… they left a large amount of jam and bread, besides large quantities of other things. We are enjoying ourselves on their bread and jam which is not half bad. It indeed tastes good for we have been practically living on iron rations since we started the drive which is about two weeks ago.

You should see us going along the road eating green cabbage, turnips, beets, carrots and all other kinds of other vegetables that they left in the gardens behind. This noon we had cabbage, boiled bacon, crackers, good American bread and coffee… They have large fields of cabbage and other vegetables so we never have to worry about something to eat.

Since we started this drive we have slept in all kinds of places. The first day it was cold and rainy and we hiked until eleven thirty… the traffic was tied up and we were stuck on the road on a steep hill… on account of moving the infantry up in trucks to overtake the Germans who we have since learned left in railroad trains, blowing up the tracks after they left.

When we could not move any further and as we were all muddy and wet, we decided to find some places to stay for the remainder of the night. The ground was too wet to pitch a tent so two other fellows and myself went into an old house that was practically all knocked down from shells… I made a bed out of boards and machine gun ammunition as that was the only thing I could find to lay on for that house had been formerly used as a German machine gun next.

I awoke at three, nearly froze to death for my feet were wet when I went to bed. Someone just said roll pack so I will finish later. God only knows where we are going, but I believe we are started for our long journey home.

At present we are in a barrack waiting for orders. Everything points towards going home … on our way home by Dec. 5th. Imagine being home by Xmas. It does not sound possible but everything is possible in the army.

It is terrible cold this morning and as our fire is not burning any too good. I am having considerable trouble writing this letter. I was on guard until twelve last night… but the stove kept the fire going.

The other day …  had some coffee and cakes with some of the refugees who were captured by the Germans four years ago. … The women wore long dresses and they were covered with mud to their knees. Old men, women, young girls and boys and little children anywhere from a few days old up.

I got a few German coins from them which I am taking home as souvenirs for there have been too many fellows who lost their life picking up various things which had hand grenades, bombs and other explosives attached.

Hoping to be with you all by X-mas. I will close with love and kisses.