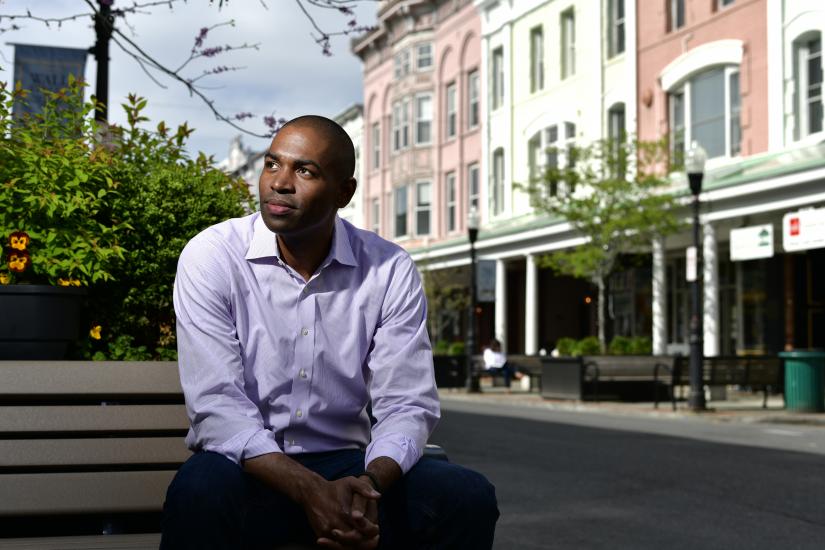 May 11, 2022
By
Whitney Joseph
editor@millertonnews.com

That change of rank was announced on Tuesday, May 3; he will be the third lieutenant governor in New York State in less than a year.

Governor Kathy Hochul is appointing the 45-year-old Rhinebeck resident to the second-highest post in the Empire State to serve the remainder of former Lt. Gov. Brian Benjamin’s term, after Benjamin was forced to resign following being arrested and indicted on federal corruption charges.

Delgado is now also on the June primary ballot rather than Benjamin, only possible after the state Legislature recently passed a new bill introduced at Hochul’s behest.

The bill was not popular and was fiercely fought, by both Republicans and Democrats. Many dislike changing laws mid-election cycle, even if would have helped the Democratic governor find someone to join her ticket. The bill barely passed in the state Senate.

The Harvard Law and Oxford educated Delgado, who has Afro-Latino heritage, is said to make an appealing running mate for Hochul come November. He was first elected to the U.S. House of Representatives in 2018 and would have been seeking his third two-year term in the 2022 Congressional elections.

He commented on his change in roles and transition to Albany in a newsletter emailed to his constituents on Monday morning, May 9.

“Thank you for entrusting me with the great responsibility of serving you in Congress. As you may have seen, last week, the Governor selected me to serve as the next Lieutenant Governor of New York,” wrote Delgado. “In the coming weeks, I will continue in my role as your representative and will work to ensure a smooth transition. Please know that my team will continue working on behalf of New York’s 19th Congressional District, providing help with federal agencies and other constituent services until a new member of Congress is elected.”

Delgado will have to resign from his Congressional seat, though as of the 9th his office did not respond to inquiries of when he plans to do so. That will lead to a special election to see who will fill out the remainder of his term.

Delgado had reportedly already built up a sizable $6 million war chest for his 2022 Congressional campaign. The popular Republican Dutchess County Executive Marc Molinaro announced his candidacy for the 19th Congressional District months ago, promising what would have been a heated race.

Delgado was born and raised in Schenectady by parents who worked for General Electric. He completed his undergraduate studies at Colgate College and earned a Rhodes Scholarship to Oxford University. Afterward he attended Harvard Law School, where he met his wife, Lacey, a filmmaker from Woodstock. They are raising their two sons in Rhinebeck.