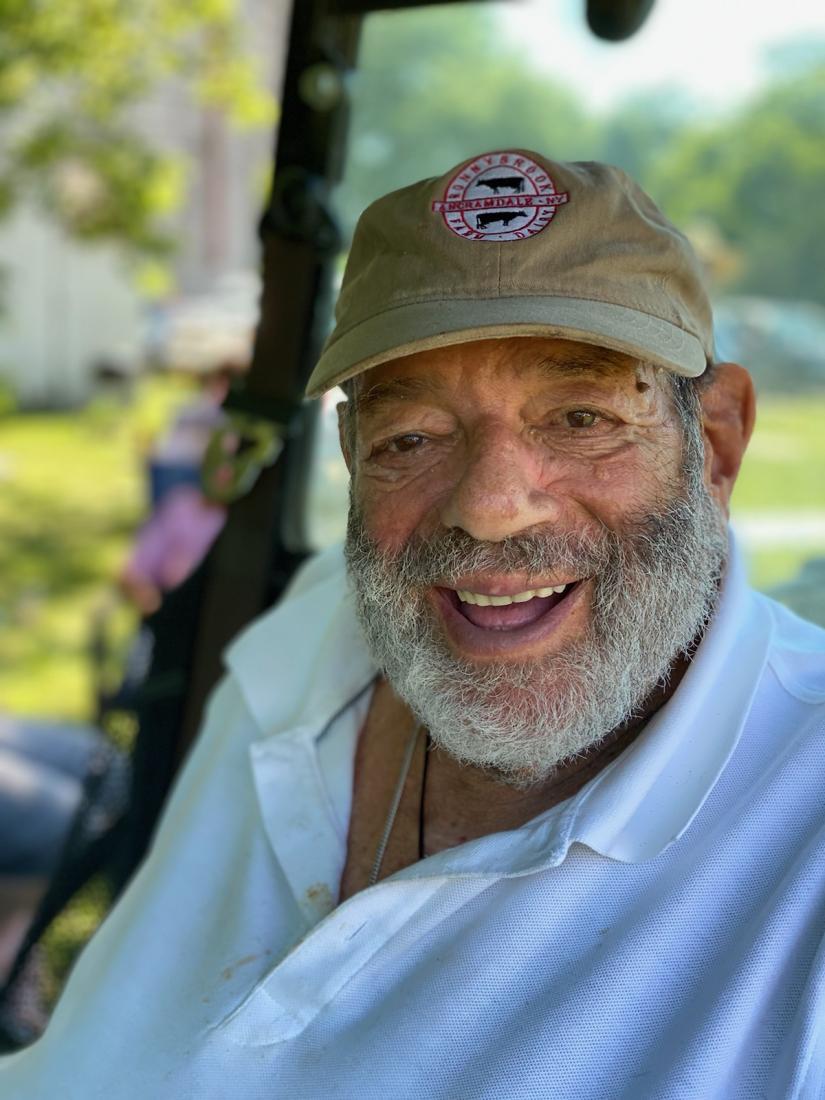 Ron Osofsky of Ronnybrook Dairy Farm in Ancramdale passed away on Friday, May 13. He will be greatly missed by all in the community. Photo submitted

May 18, 2022
By
Judith O'Hara Balfe
judithb@millertonnews.com

ANCRAMDALE — On Friday, May 13, when Ronald Osofsky passed away, this area lost someone who has often been described as an icon. He was a successful business man, a hard worker and an innovative farmer. Most of all he was a man who loved the land, his family, being a good neighbor, giving back to the community and remaining true to himself. His values were simple but steadfast, and he had the respect of those who knew him.

In 1958, at a time when all too many farmers were leaving the area for greener pastures, for big cities and for impressive careers, Osofsky graduated from the Pine Plains Central School District. He too, left home, to attend the University of Rhode Island.

His heart, however, remained at home. He was raised on a farm in Pine Plains by a family of Jewish descent by his parents, Helen and David Osofsky. He had two brothers, Rick and Sid, and a sister, Freda. Ron loved life on the family farm, and after earning a degree in animal science in 1962, he returned home.

With his heart set on farming, a deep love of the land and animals, dairy farming seemed a natural choice. He did some substitute teaching locally, but with the blessing and support of his family, he found his own farm not far away, on Route 82.

Farming is not an easy life, but it was his dream. What followed included Ron finding and marrying the love of his life, Cathy, in 1971. They started a family and had three children: Jonathan, Carey and Drew.

Ron especially loved his Golden Retrievers and his cows. He became highly interested in dairy genetics as the idea of investing in cattle began to  spread in the 1980s.

As his interest in dairy farms rose, a new and more complex way of managing farms came to  the forefront, and more people from the cities discovered the Hudson Valley. They brought innovative ideas and re-imagined equipment with them.

Ron expanded his dairy farm and added a show herd. He created a sustainable business model and acquired Prospect Hill Farm and renamed it Ronnybrook Dairy Farm. It is now one of the premier farms in the Hudson Valley, if not the state.

There he bred Ronnybrook Prelude, a bull who gained worldwide popularity and sired many record-setting cattle. Prelude became a major influence on the Holstein circuit. By 1991, with his brother Sid and others, Ron started processing his dairy products on the farm and selling them to local stores; they now can be found throughout New York State, in NYC and the Tri-state region and even in New Jersey. Ronnybrook’s glass bottled milk became especially popular.

His brother Rick and two of his children joined Ron at the dairy, helping to make the business the success it is today.

His caretaker, Lisa Zayas, who happens to be the co-founder of the Pine Plains food pantry Willow Roots, was asked four years ago to tend to Ron and his wife, Linda. Zayas, still mourning Ron’s loss, was pleased to speak about the man she had grown to befriend and what kind of person he was.

According to Zayas, Ron never had a bad word to say about anyone. He always checked in on his friends to make sure they were OK. As he slowed down physically, his spirit remained strong, as did his love of family, friends and community.

Even when he was no longer mobile and couldn’t physically volunteer, Ron continued to support Willow Roots, said Zayas.

He always wanted to be kept up to date on what was happening in the community, she said, and never talked about himself or complained.

He was well-loved, visited by others often and brought small tokens of appreciation. Many would check in on him or call Ron, said Zayas.

More than 300 people from around the Pine Plains area paid their respects to Ron Osofsky at his services on Sunday, May 15, to remember his generosity of spirit and his kindness.

“He believed in giving second chances,” said Zayas, “he never lost his temper, even when he had a reason to.”

It’s well known the Osofskys treat their employees well, their family with love, their animals humanely and their community with respect, so Zayas said his temperament was no surprise.

“I feel blessed that I was able to work for him, because he truly loved everyone,” she said.