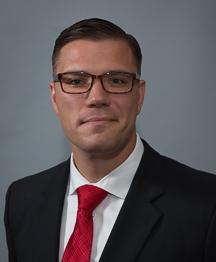 NEW YORK STATE — Primary elections looked a little different on Tuesday, June 23, as 2020 — the year of the coronavirus pandemic — had many Dutchess County voters braving polling places donning masks, with sanitizer in hand (if not provided by election inspectors), to cast their ballots for their candidates of choice. Due to COVID-19, all voters in the state also had the option of voting via absentee ballots rather than voting in person to avoid crowds during Tuesday’s primaries, or they could have voted  at one of two early voting sites in Dutchess County between June 13 and June 21 (one in Fishkill and one in Poughkeepsie). Because of these changes, election results were not verified immediately.

According to the Dutchess County Board of Elections (BOE), as of 7 p.m. on Tuesday, the 23rd, it had already declared former Vice-President Joseph Biden winner of the Democratic primary in New York state, as well as in Dutchess County. By that time, Biden already had 13,919 ballots reportedly counted from Democrats in Dutchess; 1,702 from Republicans; 739 from Independents; 46 from members of the Green Party; and two from members of the Serve America Movement (SAM). Statewide, Biden had garnered 67.53% of the vote according to tallies reported on June 24.

By law, absentee ballots couldn’t be counted until June 30, so the state Board of Elections could have time to ensure absentee voters didn’t cast their ballots elsewhere in New York and also that their ballots weren’t duplicated.

According to the BOE’s unofficial results, Van De Water earned 814 votes in Dutchess County while his opponent, Hawatmeh, earned 776 votes. The district includes all or parts of 10 other counties, however, and the results from those counties (excluding absentee ballots) had Hawatmeh ahead, 5,502 (52.2%) to Van De Water’s 5,027 (47.79%) — a difference of 475 votes.

According to BOE Republican Commissioner of Elections Erik J. Haight, “There are roughly 8,000 absentees, district wide, across all 11 counties. We will begin canvassing absentees on or about July 1.”

In addition to being on the Democratic ticket in the primary, Delgado ran unopposed on both the Working Families Party ticket and on the SAM ticket.

In the State Senate race for the 41st District, incumbent State Sen. Sue Serino (R-41) is seeking her fourth term in office; she’s served since 2015. Serino was unopposed in the Republican primary; she’s facing Democratic opponent Karen Smythe in November. Smythe challenged Serino in 2018, losing only by 688 votes.