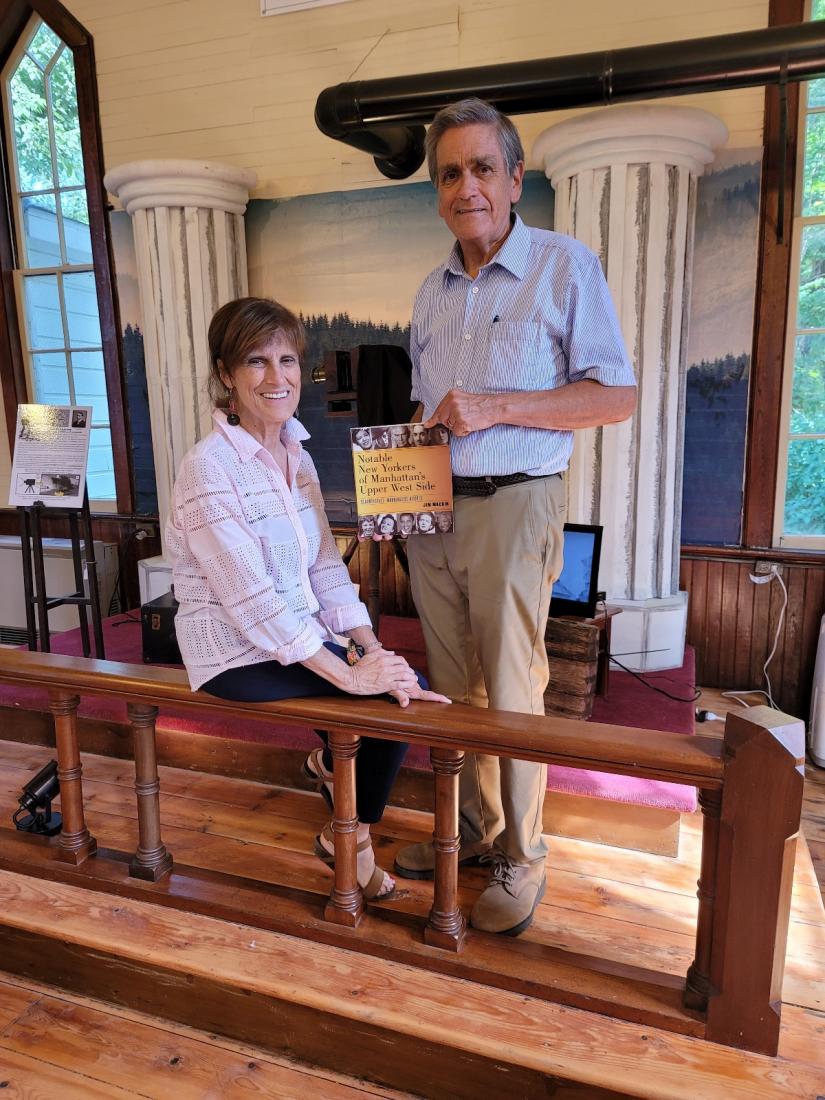 Author Jim Mackin, above with his wife Janet, relaxed after Jim gave a talk at the Church of St. John in the Wilderness on Sunday, Aug. 15. Photo by Judith O’Hara Balfe

Historian/author talks of houses and churches

COPAKE FALLS — Local historian and author Jim Mackin gave a talk at the Church of St. John in the Wilderness on Sunday, Aug. 15, which was sponsored by the Roeliff Jansen Historical Society in Copake Falls.

The discussion centered on two houses located near the Copake Iron Works that were donated to the Church of Heavenly Rest in New York City as a camp for children, around 1894.

Mackin spoke of well-known Copake families at that time, their ties to the famous Pomeroy family and the connection between St. John in the Wilderness and the Church of Heavenly Rest.

Mackin also serves as the President of The Friends of Taconic State Park, a group working to preserve the Copake Iron Works.

In addition to his roles as an historian and author, Mackin is also a licensed tour guide.