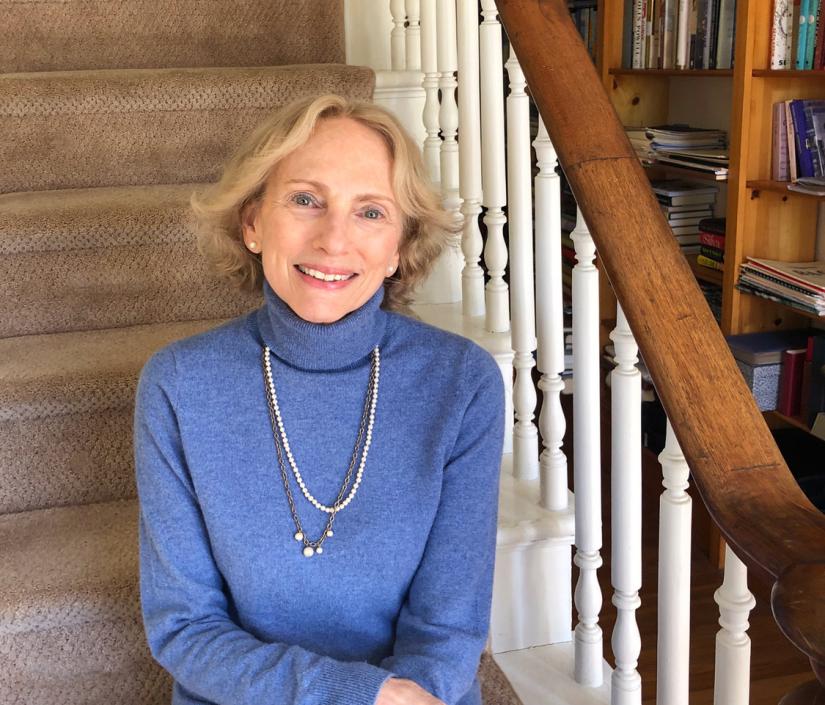 Hailed for her remarkable career as an internationally acclaimed flutist, journalist and author, Eugenia Zukerman shared the story of her Alzheimer’s diagnosis through pages of lyrical verse in her latest book, “Like Falling Through a Cloud,” which was published in November 2019. Photo submitted

ANCRAMDALE — When presented with a life-altering diagnosis, there are many who can attest to the eddy of emotions felt and the fears that arise about the uncertain future before ultimately asking, “What happens now?”

In facing her Alzheimer’s diagnosis, acclaimed flutist Eugenia Zukerman, an Ancramdale resident, tapered her answer down to two simple choices: to either give into despair or to remain upbeat.

In writing her memoir, “Like Falling Through a Cloud,” Zukerman found a way to channel the concerns and confusion behind her diagnosis into an uplifting memoir that has since helped open the door for a discussion about Alzheimer’s.

Recognized internationally, Zukerman has carved a name for herself in the art world as an accomplished flutist as well as an author, a journalist and an innovator. For more than 25 years, fans have watched her interview artists from different walks of life during her career as the arts correspondent on “CBS Sunday Morning.” Along with her 13 years as the artistic director of the Bravo! Vail Valley Musical Festival in Colorado, Zukerman has been praised for her work as the founder of the internet company, ClassicalGenie.

Yet even with her remarkable resume of accomplishments, Zukerman’s focus doesn’t lie in her achievements, but rather in her good fortune of being a musician and of having the opportunity to perform, whether as a soloist or in the company of other musicians. At the age of 75, she can still be found practicing the flute every day, a pursuit that has brought her unparalleled happiness throughout the years.

“Being a musician is a gift to anyone who does it and it’s a gift because it gives the player enormous satisfaction,” Zukerman said. “I am just very lucky that I have been able to have a very busy career.”

Recollecting the moments leading up to her diagnosis three years ago, Zukerman said her daughters noticed that she seemed baffled and was having difficulties with her memory. Upon their insistence that she get tested, Zukerman recalled her annoyance and refusal to get tested before finally agreeing to do so, an experience that was later captured in her deeply personal poem, “Marbles.”

“…my daughters tell me to get tested / tested for what I ask / even though I know for what / but it’s for what I don’t want to know.”

Once she learned that she was in the early stages of Alzheimer’s disease, Zukerman returned home, where she picked up a pen and began to write — thus “Like Falling Through a Cloud” was born.

The memoir was published in November 2019, coinciding with the national celebration of Alzheimer’s Awareness Month. To Zukerman’s own surprise, the book emerged as a positive memoir with its share of heartfelt, humorous and heartbreaking moments captured in lyrical verses.

“I didn’t have an intention of how to write it,” Zukerman said in a recent interview. “I just had it inside me. I had this knowledge given to me… I think I was able to find my own way and I don’t think I’ve ever written anything so freely as I did writing this book.

“I don’t know why, but writing the book made me happy, made me feel I had something to say, not just for the reader but for myself,” she said.

What was even more uplifting, she recounted, were the encouraging responses and the signs of support she received from her readers, many of whom have come up to Zukerman after public engagements to continue the discussion about Alzheimer’s.

Following her book talk sponsored by Oblong Books & Music last winter, just before COVID-19 caused such events to be canceled, she recalled a man who approached her to confess how her book helped him find the words to tell his family what he was experiencing with his own Alzheimer’s diagnosis.

In reflection of her ability to connect with others through the telling of her story, Zukerman said, “I want them to take away a sense of joy, which may sound really strange because it is a death sentence… you can say it and you can absorb it and it becomes part of who you are.”

Even in understanding her diagnosis as what she described as “a death sentence,” Zukerman said, “It’s a disease that allows you to stay alive for as much as you can and to make the most of it.”