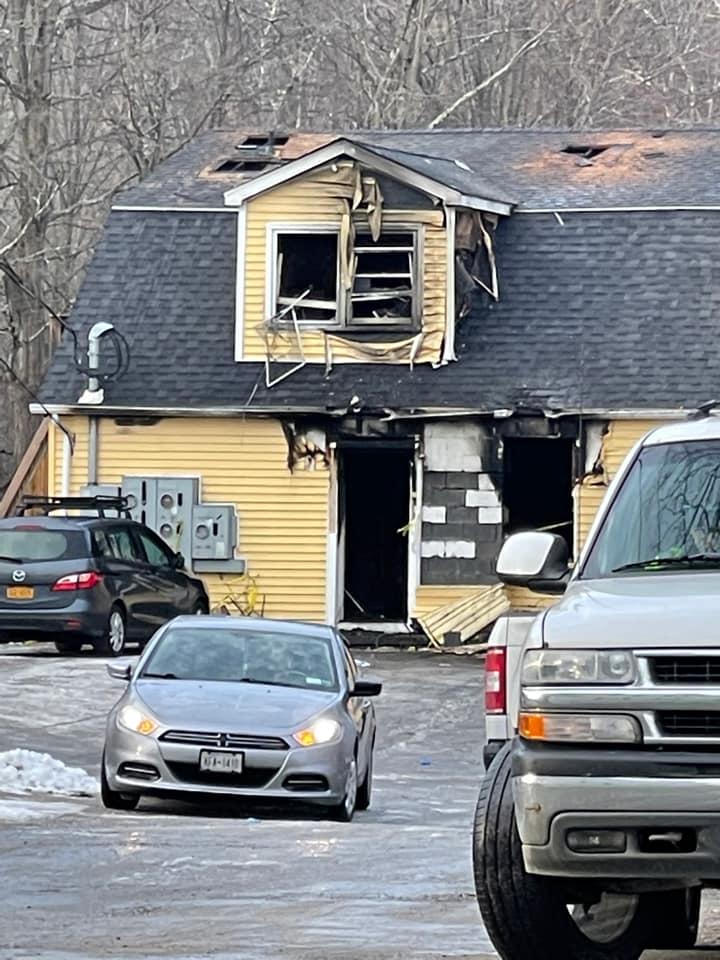 Though its origins have yet to be determined, the structure fire reported at 12 Brady Lane in Dover Plains on Thursday, Jan. 13, resulted in severe damages to the property and several families being displaced from their apartments. Photo by Tina Lynn

DOVER PLAINS — Multiple fire companies from across the region answered the call to a structure fire reported at 12 Brady Lane in Dover Plains on Thursday evening, Jan. 13.

Lieutenant Shawn A. Castano from the Dutchess County Sheriff’s Office (DCSO) said the J.H. Ketcham Hose Company in Dover Plains was the first on the scene of the structure fire, arriving at approximately 8:50 p.m.

Explaining this is an ongoing investigation, Castano said, “The Fire Investigators are actively working on this case. No additional information will be released until the conclusion of the investigation.”

Reaching out to some of the families displaced as a result of the fire, the local community is attempting to give help those families displaced by the fire. A GoFundMe page was created, called “Let’s help my sister rebuild her life,” by Dover Plains resident Lucy Duncan. A goal of $5,000 was set; the page has already received a handful of donations.

The DCSO has asked anyone with information regarding this incident to call its anonymous tip line at 845-605-2583.