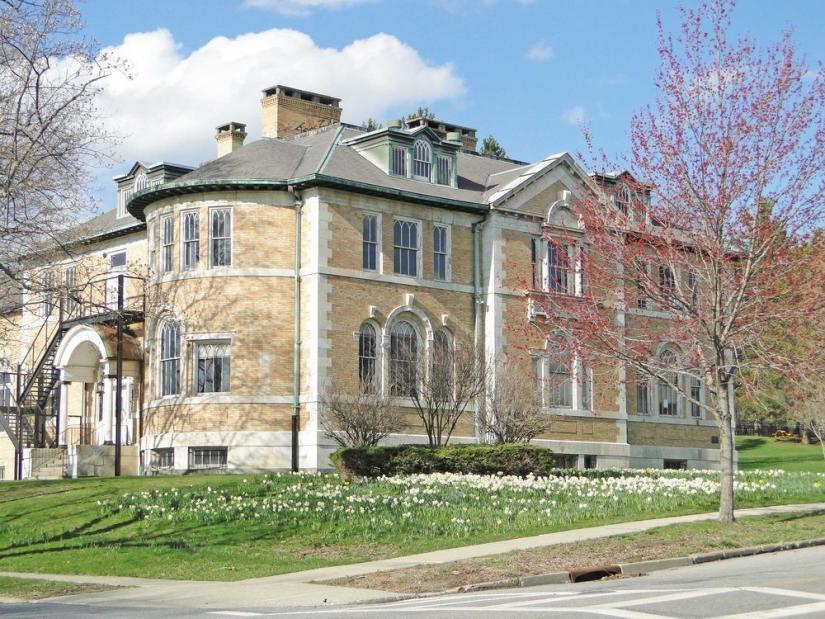 The Thorne Building, at the entrance to the village of Millbrook, has stood at the head of Franklin Avenue for well over 100 years, and will soon be renovated as a community center. Photo submitted

MILLBROOK — After a period of relative quiet,  the Thorne Building Committee (TBC) recently announced that architect Michael Sloan and his firm, Michael Sloan B.C., of Millbrook, has been retained as the architect who will develop the long-awaited plans to turn the Thorne Memorial Building, formerly the local high school in the village, into the hopefully thriving, all-purpose Thorne Building Community Center (TBCC).

Sloan established his business in Millbrook in 1997 and reportedly has an excellent reputation for working closely with clients and providing innovative answers to their needs. Not only that, but his great-great-grandfather, William Thorne, was one of the original donors of the Thorne Building, and Sloan has “always viewed the Thorne Building as one of the village’s anchors,” believing “it’s so important that the building remain community-based,” according to a statement released by the TBC.

One major step was establishing the Thorne Building Committee. It’s headed by Charles Pierce and assisted by other committee members, such as Ann Gifford, Oakleigh Thorne and George Whalen III. Their work has been hard and tedious, but is described by its members as a labor of love.

Before anything could begin, however, a reverter clause had to be dealt with by the village. This was because there was a stipulation in the original granting of the building to the village of Millbrook in the late 1800s that if the building ever stopped being used as an educational facility, it would revert back the Thorne family. Those involved in the matter said there were more than 100 family members to be notified, who had to agree to release any claim to the property; family members were scattered far and wide across the country and it took some time to locate them.

However, in January of 2020, the Supreme Court of Dutchess County issued a judgment eliminating the reverter clause, allowing the village to transfer ownership to whomever it desired.

Pans for the building include creating an auditorium and large meeting space, which would accommodate a variety of programs, including theatrical, cultural and educational programs. There would be a music studio, with space for rehearsals, podcasts, an exhibition gallery and other technology. Many of these ideas were generated by the public at open meetings. There would also be smart classrooms and seminar rooms, shared offices and space for after-school activities. Outdoor spaces would include a new a band shell and a garden for picnicking. Most impressive, perhaps, are the plans for a kitchen that could be used for catering events, cooking classes or as a small café area.

A time frame for construction has not yet been set, but some of the initial exterior work will likely take place this summer. The hope is plans will be finalized by fall.

The TBCC is now placing its focus on fundraising. The TBCC is a nonprofit, 501(C)3 entity; while some money has been set aside for construction, the majority of the funds still needs to be raised.

The committee is currently researching operating and maintenance costs and ways to produce revenue, including possibly renting the building out for weddings, concerts and other cultural or educational events.

“This could also be an economic magnet,” said Pierce, “bringing people from all over to shop in our stores, eat in our restaurants and enjoy the life we live in Millbrook.”

The Thorne Building was originally donated as a school in 1895, and was the reason Millbrook became incorporated as a village; it served as the high school until 1961.

The community met multiple times to plan for the project, often with Millbrook Mayor Rodney Brown, Washington town Supervisor Gary Ciferri, local clergy, Village and Town Board members and local residents. Community liaison Carole Martin was hired by the TBC to conduct surveys with various groups to discover what the community wanted to do with the site. Now that  plans are starting to materialize, the challenging part will be the fundraising, said Pierce.

“We hope that everyone will have the opportunity to give at a level that is comfortable for them,” she said.