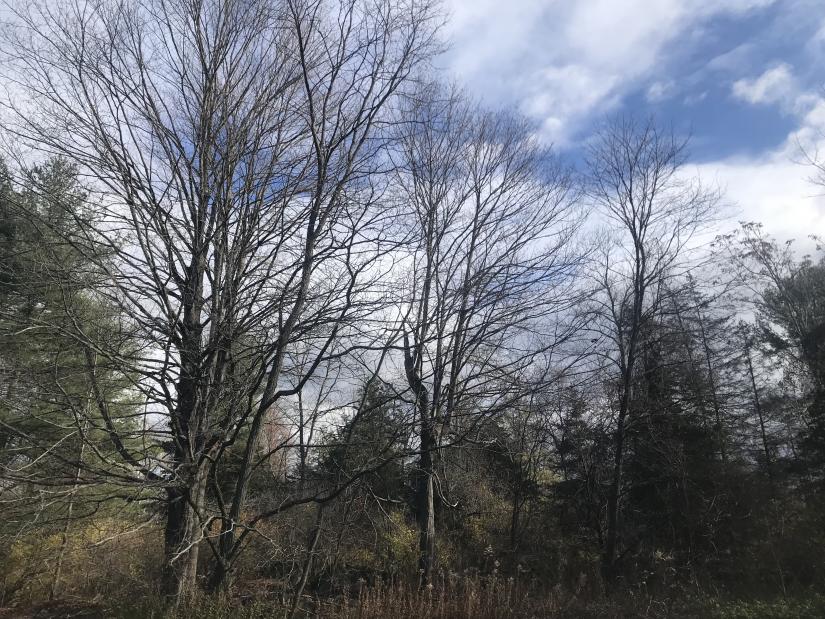 The Cary Institute spoke about trees and the impact of climate change in a recent talk. Photo by Janet Manko

MILLBROOK — Charles Canham, Ph.D. and recently retired from the Cary Institute of Ecosystem Studies, is well versed in the dynamics of forests, their ecosystems and the impact humans have on them. His research in the field, and the use of computer-generated models and statistics, allows him to address how forests respond to human impact, as well as to fire, insects and overall climate change.

He shared his 35-plus years of experience with the Cary Institute audience as he spoke about trees and forests and carbon credits on Thursday, Nov. 11.

While this practice began in as attempt to lower global emissions and to promote clean energy, many are uncertain if it will work. Some see serious problems with the plan.

It basically began with the Kyoto Protocol, an international treaty to reduce greenhouse gas emissions (GGE). It  applies to six greenhouse gases: carbon dioxide, methane, nitrous oxide, hydro fluorocarbons, per fluorocarbons and sulfur hexafluoride. It is an extension to the 1992 UNFCCC treaty.

When companies buy and sell carbon credits, the money goes to fund carbon offset projects, meant to eliminate the amount of carbon dioxide equal to the amount emitted.

The premise sounds good, said Canham. The country or company receives a set of quota of credits, depending on the size of the company or properties or what their function is.

The amount of credits can vary each year and can be used throughout the year. If the entity goes over the allotted credits, there are severe penalties.

Each country or company gets a set of number of credits. The amount depends on their size and what they do.

Every year they get a new set of credits, which can be used throughout that year.

It is worth noting there has been very little change in carbon reduction practices since the Kyoto Protocol began.

Canham used an example of the Nature Conservancy, which is currently conducting a self-examination of its carbon offset  portfolio. A nonprofit, it is developing over 20 carbon offsets of forest areas, mainly in the United States, with companies such as  JP Morgan Chase & Co., BlackRock Inc., and Walt Disney Co. The companies use the credits to claim reductions in their own projects and expended emissions.

The Nature Conservancy is concerned that it could be helping to sell useless carbon credits to its corporate clients. Last year it was discovered that the largest environmental group, active worldwide, was claiming credits for forested areas that were not in danger of being destroyed. In other words, getting credit for doing absolutely nothing.

Canham and Cary Institute President Joshua Ginsberg discussed at the Nov. 11 presentation the fact that there are pros and cons to obtaining carbon offsets. As with any credit system, it can be abused. It also may promise more than it can deliver.

So how much carbon do U.S. forests store each year? How does that number change when one includes urban trees, furniture and harvested wood products? Well, in 2018, the 691 million acres of U.S. forestland sequestered 564.5 millions tons of C02.

Canham showed an image that showed that all not all of this country’s forestland is a carbon sink. The Eastern U.S. is a sink equaling 85% of total forestation sequestration; the Rocky Mountains is a source due to the effects of fire and insects; the Pacific Coast is a sink, with a high biomass and sequestration rates but is also threatened by fire.

Natural climate solutions can put unrealistic demands on the forests yet there is a possibility of climate mitigation potential by 2025 by raising the price of carbon credits from $10 to $50 per ton, suggested Canham, by halting all harvests on private non-plantation forestland across the U.S., and by making up the lost harvest through reforestation and thinning fire-prone forests in the West.

What can we do to reduce carbon dioxide emissions? Corporations and businesses “can purchase legitimate carbon credits,” said Canham. “Forest owners can evaluate whether joining the forest carbon market is of benefit to attaining global carbon reduction. And for everyone else, use your voices: Demand transparency in net zero goals and in the methods used for valuing carbon credit projects.”