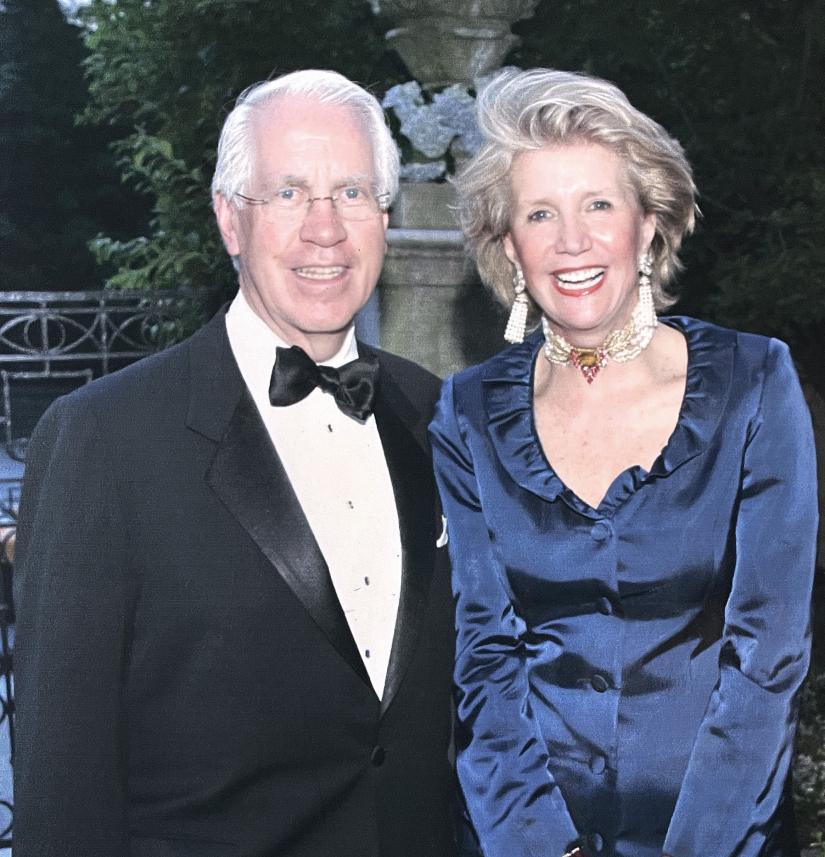 Jim Tozer and his wife, Zibby, gifted the Cary Institute of Ecosystem Studies in Millbrook $2 million to go toward renovations. The funding was announced by Cary President Josh Ginsberg on Tuesday, Jan. 4. Photo submitted

MILLBROOK — A $2 million gift received by the Cary Institute of Ecosystem Studies will go a long way toward supporting the renovations currently in process at the world-renowned science institute. The makeover is transforming the Cary's headquarters, updating its facilities and adding much-needed space for the many researchers and scientists to conduct their work.

Dubbed a "leadership grant," the money was donated by husband-and-wife Zibby and Jim Tozer, longtime supporters of the Cary Institute.

“We are incredibly grateful for the Tozers’ investment in Cary Institute science and the future of our organization,” said Cary President Josh Ginsberg following the donation. “Their gift is helping us transform our Millbrook headquarters into a state-of-the-art facility for ecological research. The new Tozer Ecosystem Science Building is stunning and sustainable. We can’t wait to showcase it to the community at our open house this spring.”

Zibby Tozer served on Cary’s Board of Trustees from 2004 to 2013 and aside from recruiting new trustees, she also helped found the Leopold Society, which provides invaluable support to the institute.

“I’ve greatly admired the Cary Institute and its work since first learning about the science in 1993,” she said. “Jim and I have enormous respect for its scientists, who are working to make the world a better place for all of us. We are incredibly impressed with Cary Institute’s legacy of strong leadership, including its wonderful President Joshua Ginsberg and Chairman Scott Ulm, as well as its talented and dedicated Board of Trustees.”

Her husband, Jim, serves on the President’s Advisory Committee. He was likewise all too happy to support the science foundation located in the same community as his second home in Millbrook.

“We are proud to have this world-class scientific research institute headquartered in the Millbrook area,” he said. “Our gift is a celebration of the expanding success of the Cary Institute and a thank you to the Millbrook community where our family has spent its weekends for 35 glorious years and expects to do so for many years to come. We are honored to make a major legacy gift to an organization whose expertise in such areas as aquatic ecology and disease ecology is of increasing national and global importance.”

The Tozers' daughter, Farran Tozer Brown, is a current Cary trustee, continuing the family’s ongoing legacy of support at the Cary Institute. The new building will be named The Tozer Ecosystem Science Building once construction is completed.

Friday, April 8, has tentatively been set as the date to reintroduce the institute to the public.

Plans for the renovation were made some time ago, well before the pandemic hit and $12.3 million of the $13 million estimated for the project had already been raised, which left $700,000 needed to be raised through a Capital Campaign launched in 2020.

The Tozers’ gift brings the Capital Campaign fund over its original goal.

The renovation will add about 570-square-feet to the building, for a total of 1,200-square-feet of space for scientists to work in. The redo also reclaimed an old squash court that was being used for storage.

Expected to take between 12 to 18 months to complete, there have been a few construction delays due to COVID, but mainly the work has been on schedule.

A Topping-Off Ceremony was held last March to  celebrate the renovations. The institute has mainly been able to stay open during renovations and hold virtual events for the community, functioning as normal.

The original 1973 facility  included a saw-tooth roof that allowed much natural lighting; the redesign includes plans bring back the original saw-tooth roof. It will also add offices, space for visiting scientists and post doctorates and conference rooms that can support virtual and hybrid networking.

Architects Becker and Becker worked with Emeritus Cary Trustee, architect Allan Shope, who has a well-known reputation for his work in sustainable architecture and currently works out of Hudson.

Local vendors and labor have been used whenever possible, including Consigli Construction Co., Inc. in Pleasant Valley, which served as construction manager. The Cary Institute stated that it wanted to use the project as a way to contribute to the county’s economic recovery after being hit so hard by COVID-19 pandemic.

Many features in the building are geared to protect the health and wellbeing of workers, including the addition of or upgrading of various systems.

Separate air handling systems are among those, as all indoor spaces have their own filtered outdoor air that will not be recirculated. The building will also use low-VOC products throughout, hands-free doors and fixtures and antimicrobial surfaces. Administrators are asking workers to respect social distancing.

The most recent renovation at the institute was its lower level, known as the Sir Patrick Bateson FRS Conference Center. Community groups will once again have access to the center, including its auditorium, once the renovation is complete. It will include updates with features that protect the health and safety of visitors who for years have shared the space with local and like-minded individuals.

“The Tozers’ gift is a catalyst for the last phase of the campaign,” said an appreciative Ginsburg. “We are a small but distinguished institution, and a gift of this magnitude is exceptional. The staff are energized to be returning to a highly energy efficient, light-filled headquarters with state-of-the-art air handling and the flexible spaces needed for collaborative science.”

To learn more about the Cary Institute and the Tozers' gift, go to www.caryinstitute.org or call 845-677-5343.