Skip to main content
THIS WEEK'S DIGITAL EDITIONS
Home / Home
Home » Lakeville Journal Sports » This summer, baseball will be by region not by town 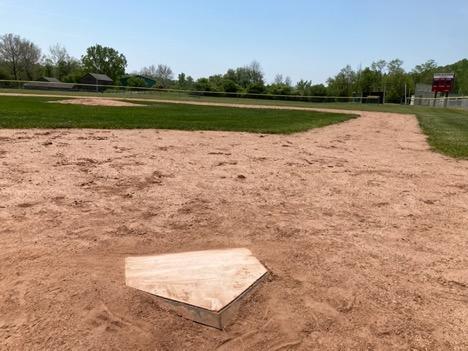 While the T-Ball team and the Farm team will make Trotta Field in Salisbury their home turf, the combined Major and Minor team in this summer’s Region One baseball league will play at Veteran’s Field in Sharon. Photo by Hunter O. Lyle

This summer, baseball will be by region not by town

Instead of the traditional spring baseball offered across the Region One School District, the six towns have come together to offer a supplemental regional summer baseball program, focusing more on skill development than competitive edge.

With health and safety precautions in mind, summer programs that are normally offered by the park and recreation departments in the six regional towns have faced changes — if not cancellations. Such is true for the classic staple sport of summer: baseball.

Typically, in spring each town would form a roster of home grown talent and face off in a season that would start in mid-April and end in mid-June. After discussions together, the regional park and recreation directors have decided to delay the season as well as take a regional approach.

With the middle schools divided into cohorts to limit the spread of COVID-19, park and recreation directors wanted the start of the baseball program and the end of school to coincide, choosing to move the start date to after Memorial Day.

“As recreation directors, our first goal was not doing anything to undermine what the elementary schools were doing to stay open,” Salisbury Park and Recreation Director Lisa McAuliffe said.

Along with a later start, the regional baseball program will pool participants instead of creating rosters by town. Throughout the levels of play, participants from around Region One will practice skills and drills before breaking up into random teams to play games.

This year, with the lack of participants, the Major team, which is the more competitive level of play in the league, and the Minor team, which both consist of children ages 9 to 12, will be combined. That team, which currently has 32 registered players according to the Sharon Park and Recreation Director Matt Andrulis-Mette, will meet at Veteran’s Field in Sharon on Tuesdays and Thursdays. The first few meets will focus on skills development before adding games to the schedule.

Along with the regional baseball league hosted by the park and recreation directors, there will also be a team competing in the Region One Babe Ruth Summer Baseball League, a travel team that will compete in the Tri-Town baseball league out of Litchfield.

Similar to the regional league, Andrulis-Mette, who is leading the effort to form a team, said they are combining towns to create an “All-Star” team. While the details, such as the start date for the season, are not fully ironed out between the Tri-Town league and the Region One team, children between the ages of 13 and 15 will be able to have a genuine and competitive baseball season.

Originally set to start Monday, May 17, Andrulis-Mette said the registration for both the regional team and the Babe Ruth league would most likely stay open for the duration of the season.

“Chances are we won’t [close the registration] because it’s summer,” Andrulis-Mette said. “We know kids go away for periods of time, so we probably can’t have enough kids.”

Anyone interested in registering for the regional league can go to www.salisburyct.us and find the registration form under the “recreational” tab. For the Region One Babe Ruth Summer Baseball League, interested parties can contact the Sharon Recreation Department by calling 860-364-1400 or emailing Sharon.rec.ctr@snet.net. There is a $50 fee for the season.