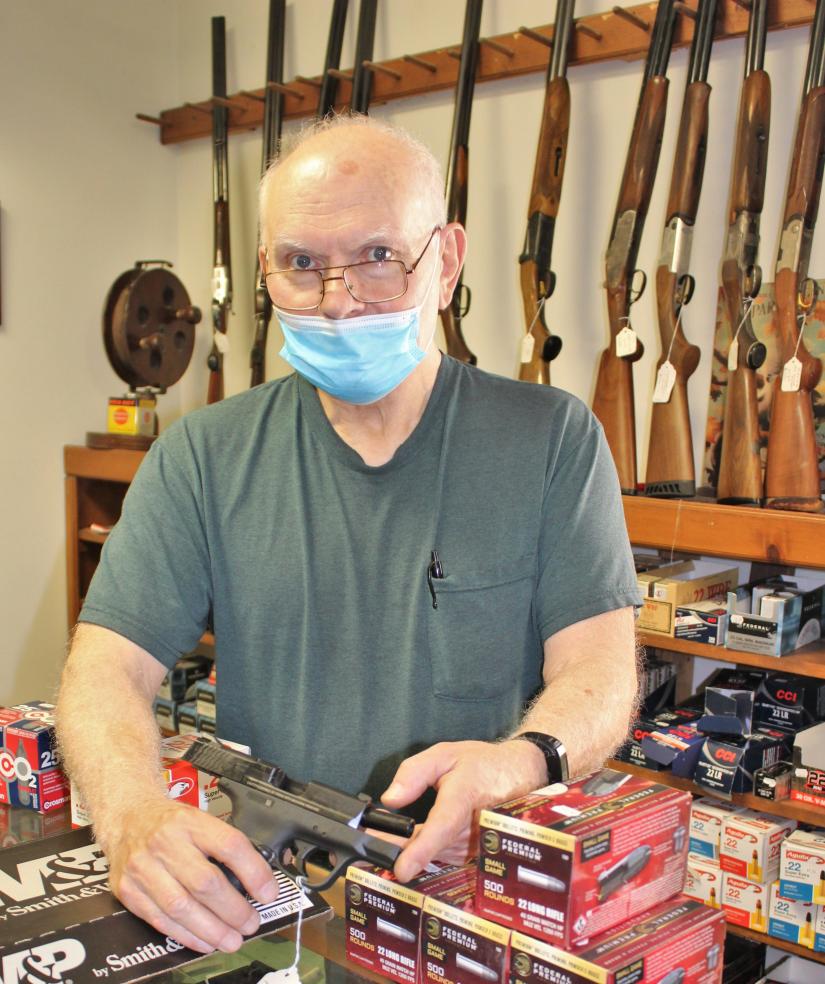 Connecticut, along with Massachusetts, has among the strictest gun control laws in the country, and the documentation and certification process from start to finish could take several months. But that is not deterring a new crop of first-time gun owners.

Data compiled by FBI’s National Instant Criminal Background Check System (NICS) shows a 30% increase in firearms background checks in Connecticut during the first six months of 2020 compared to the same period a year prior. The most significant jump in background checks occurred from May (10,935) to June (18,215) of 2020, representing a 66% spike.

The upward trend is nationwide. According to the FBI, the agency processed 3.9 million background checks nationally in June, an all-time high for the NICS and 71% higher than the total reported in June 2019.

A feeling of unease

Steve Pyskaty, owner of Northwest Connecticut Firearms Training, LLC, in East Granby, Conn., has been a certified firearms instructor since 1994 and has more than two decades of law enforcement experience. The first six months of this year, said the instructor, are among the busiest he has experienced.

“The number of people taking the course has doubled, if not tripled. People who were never really for guns are all of a sudden now looking to own one,” said Pyskaty, who asks everyone in his classes why they want to own a gun. The answers sound similar. “They want them for protection. People are nervous with all the riots going on, and they are starting to get uneasy,” he said.

Also, said Pyskaty, crime in many small towns is up, particularly car break-ins and home thefts, “and many are worried about the Second Amendment being taken away, so they are hopping on [gun ownership] now before it’s too late.”

To keep up with the unprecedented demand for his firearm safety courses, Pyskaty said he has had to increase classes from once a month to every two weeks.

When pistol permits rise so, too, do gun and ammunition sales. “Right now it’s hard to get guns and ammunition. People are stocking up. They’re afraid that if they call 911 that the police won’t come, or that they might take forever to get there,” said Pyskaty, who has been training police departments in western Massachusetts since 1994. “A lot of people saw this coming and started their doomsday stockpile. They are afraid there might be a civil war.”

Chris Marino, owner of Autumn Gun Works in Goshen, said he has had difficulty keeping up with the demand for guns and ammo since early spring, and his store shelves are getting empty. “If anything is slowing us down, it’s the supply chain shortage everywhere at the distributor level nationwide,” said Marino, who has been in business for four decades.

On a recent Saturday morning in late July, Marino assisted a customer while his brother, Gary, answered calls and unpacked a new shipment of supplies.

“This is a busy summer. Business usually slows down this time of year,” but there are no signs of slowing, he said. “Early on we had a lot of New Yorkers come into the store looking to buy guns without permits. They didn’t have any knowledge of what the guns laws are in Connecticut,” so he had to turn them away, said the store owner.

“Part of the gun shortage is due to the COVID-19 shutdown, and part is due to the riots and demonstrations. People are fearful of what’s going on in this country,” said Marino. “It could continue all the way to the elections. People are worried that if Biden gets elected, that the Democrats will want to take away guns, so they are looking to get what they can while they can.”

That includes ammunition. Marino said he has had customers come to his small Goshen gun shop from far ends of the state “to buy components for making their own ammo, because even Cabela’s is sold out.”

In Cornwall, ‘a lot of guns’

Marino said that while applications for pistol permits may not be spiking in some Litchfield County towns, that doesn’t mean that its residents aren’t already armed. Many long-time residents of some of the more rural towns, he said, got their permits a long time ago. “There are a lot of us gun owners out there.”

“We’re not seeing a spike or a big change,” in new pistol permits, said Ridgway, who reported on July 22 that three gun permits were approved so far this year. That compares to two permits in 2019, six in 2018 and nine in 2017. But the numbers alone can be deceiving. “There are a lot of guns in Cornwall. A lot of people have long guns” for hunting, added the first selectman.

Salisbury First Selectman Curtis Rand, when contacted in late July, said that the town’s resident state trooper, who processes pistol permits, was on vacation so he did not have exact figures as of press time. But Rand, who signs off on the permits, said he “can only think of one permit all of this spring and summer” issued in his town.

In Falls Village, a similar situation. First Selectman Henry Todd, also on vacation in late July, reported “just the normal flow” of pistol permits over the past two years.

‘A large handful’ in Kent

In mid-July, Kent First Selectman Jean Speck reported a “very large uptick” in residents of her town seeking pistol permits. The town issued a total of eight permits during 2019, compared to 15 through July of this year, with eight of those approved during June and July.

“In the last two months we have had quite a large handful that came through and are at different stages in the process, everything from fingerprinting, to background checks, to the final interview process,” said Speck, who conducts brief interviews with applicants prior to granting permit approval. “With the exception of one resident, a sportsman who was looking to shoot clay pigeons, those applying indicated they are seeking to own a gun ‘for personal safety [and] home safety.’”

Although of course he has a professional interest in saying so, Pyskaty stressed that anyone who wants to own a gun needs to learn how to use it. He and others interviewed for this article all agreed: Gun ownership is serious business. People need to be responsible.