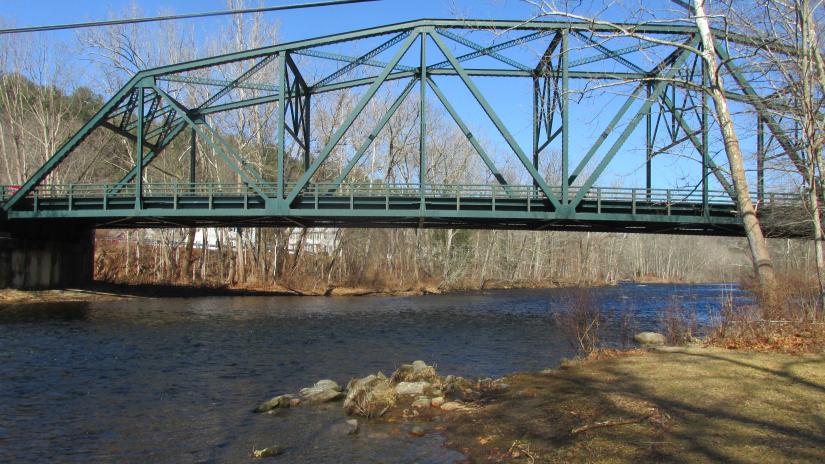 The Farmington River received federal Wild and Scenic status in 1994. The Route 318 bridge spans the West Branch of the Farmington in Barkhamsted. Photo by Patrick L. Sullivan

Editor’s note: As the effort to get Wild and Scenic River status for the Housatonic River continues (see “Long Push for Wild and Scenic status resurfaces with Congressional clout” ), it is worth taking a look at how a similar effort worked out on the Farmington River.

RIVERTON — In 1994, a 14-mile segment of the Farmington River was granted federal Wild and Scenic status, making it the first river in Connecticut, and one of only six in New England, to achieve the designation.

But river advocates didn’t stop there. To date, roughly 80 combined miles along the Lower Farmington River and Salmon Brook, and Upper Farmington, have been tapped into the national Wild and Scenic River System as a result of a network of partnerships determined to protect the river from environmental threats.

Years later, she is still proud of  the Farmington’s successful bid to become one of the first rivers to qualify for the designation of Partnership Wild and Scenic River, which is the same status that advocates for the Housatonic River are currently seeking. “It was a departure from how Wild and Scenic Rivers had been designated in the past,” Fielding recalled.

Once the Wild and Scenic movement started moving eastward, she said, it became evident that a lot of land along rivers was privately owned, as opposed to vast expanses of federal lands out West. “It required a great more consensus building.”

Ten towns involved in the process

As a result, a subcommittee of the Farmington River Watershed Association was formed and charged with coordinating communications between all the major stakeholders including Trout Unlimited, the National Park Service, representatives from each of the 10 towns involved in the process, representatives from the Farmington River Watershed Association, the Metropolitan District Commission (MDC), the reservoirs and many others.

“There are some people on that committee who have been on there since day one,” said Fielding of the dedicated group. While not everyone was always in agreement, she noted, over time, “people got used to the idea. As the years went by, people figured out that if you have a Wild and Scenic designation it’s not like the federal government will be swooping in in black helicopters and forcing towns” to act against their will.

The path to success

Sally Reiger, who spearheaded a 12-year effort to get the Lower Farmington River and Salmon Brook federally designated, said she believes the path to success was paved with a partnerships, persistence, and divine intervention.

“I told Chris he was the patron saint of Wild and Scenic,” said Reiger during an early March interview, referring to the U.S. Senator Chris Murphy (D-Conn.) and his backing of the effort to achieve federal protection.  “We were very fortunate that when we first started, Chris Murphy was first elected to Congress. As a freshman representative that was something he picked up on then and stuck with it to the very end.”

“The designation and rather modest federal funding serves to bring people together to talk with each other about what would be good for the river, and what would be the best way to use the resources to help the river,” said Fielding. “Sometimes it’s not even the funding that’s important, it’s the conversations between the stakeholders.”

The trifecta for success

Social media is also responsible for heightened demand on the state’s rivers as the word gets out about beautiful places, and the challenge becomes how to manage increased demands on the rivers. “We need to make the river available and accessible, but still safe and protected.”

The quest for federal status, she noted, also sends the message that taking care of the river is an important community effort. “The river is also its own ecosystem, and you don’t want to use it to death with recreational use.”

Fielding’s advice to any community seeking to achieve Wild and Scenic status for its river is to aim for what she calls the trifecta for success: “Persistence, communication and inclusiveness.”

Reiger’s advice is for supporters to find a way to go to Washington, D.C., to advocate for their river. “You need to get the whole Connecticut delegation to support it and sign onto that bill.”