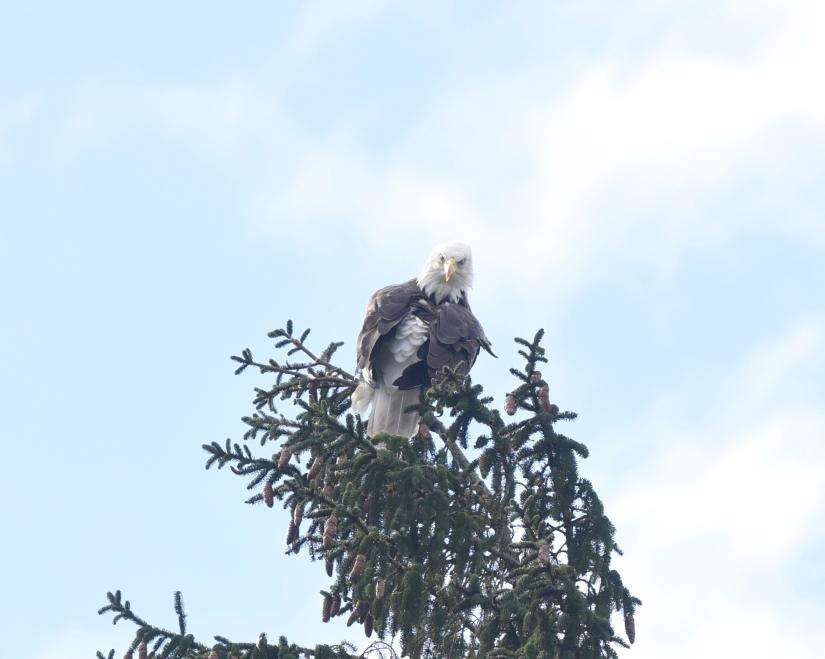 The eagle population nationwide and locally is booming. Photo by Lans Christensen

An increasingly common and wonderful sight

Photographer Lans Christensen was able to catch some intimate bald eagle portraits in Kent a few weeks ago, on the shores of the Housatonic River. There was also an eagle spotted flying low over Mudge Pond in Sharon in October.

The U.S. Fish and Wildlife Service did a study of the national population of bald eagles in 2020, and found that it had quadrupled since the last survey was done, in 2009.

In Connecticut, the Department of Energy and Environmental Protection (DEEP) eagle report says the birds’ population and breeding rates have exploded in the past two decades.

“By 1999, 20 years ago,” according to the DEEP website, “only two nesting territories were active in the state. That season, neither pair was successful and no chicks were produced.

“A decade later, the eagle population had begun to climb. In 2009, Connecticut had 19 territories, producing 31 chicks.”

There are reports that 2020 was a particularly bountiful year for eagle births. Keep a respectful eye out, but don’t approach them. The birds nest from December to February; be particularly careful around nests at that time of year. Loud noises can frighten babies and lead to them leaving the nest before they’re ready.