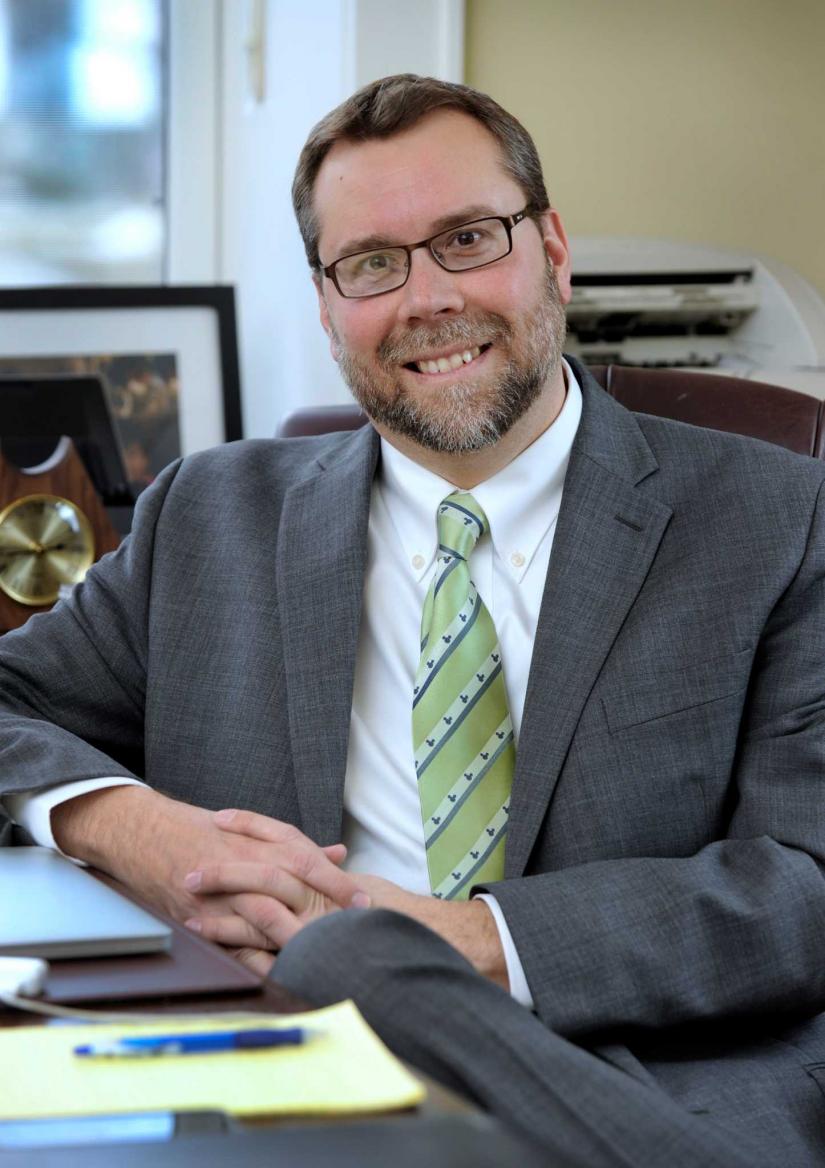 David Gronbach will run against incumbent Republican Craig Miner for a Senate seat in the 30th District. Photo submitted

David Gronbach, a former mayor of New Milford, is the Democratic challenger to state Sen. Craig Miner (R-30) in the November 2020 election.

Gronbach is an attorney and works for a biotech company. He is actively involved in special education and asylum issues. He and his wife, Vanessa,  also owned and operated a bookstore in New Milford.  Gronbach was mayor  of that town from 2015-17.

Interviewed by telephone on Wednesday, May 13, Gronbach was asked why he is running for the state Senate. He said that in public service he sees an opportunity to work on “big projects and ideas.”

Despite his term as mayor, he doesn’t consider himself a politician — but as mayor he did learn about the relationship between municipalities and state government.

“I think I can do more for the region.”

Gronbach said his priorities include protecting the middle class (particularly when it comes to health insurance), and protecting first responders.

He would like to see health insurance programs expanded to include more people, including small businesses.

He said economic development is an issue that “segues into almost everything.” He spoke favorably of renewable energy programs in Vermont and Massachusetts.

Gronbach said getting better internet service in the district is a top priority. As the state recovers from the economic turmoil caused by the response to COVID-19, he wants “to return to the way things were — and make it better.”

To accomplish that, “we need advocacy from our state senator. I know how to advocate for these things.”

Asked about campaigning in the COVID-19 era, Gronbach said the restrictions on public gatherings have “thrown us off-course.”

“When COVID-19 hit we were just getting into the meet and greets.”

He said the campaign will use online meetings and social media to get its message to voters.

His opponent, incumbent Miner, is a veteran of the Connecticut General Assembly. Asked if he believed he could beat Miner, Gronbach said yes.

“I wouldn’t be running if I didn’t think I could win.”