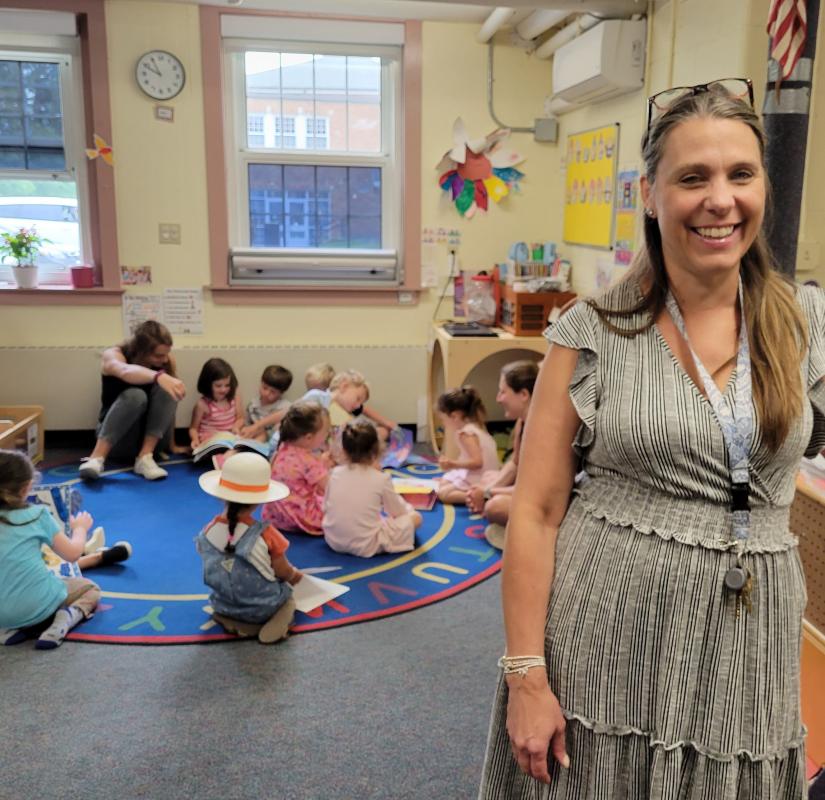 July 27, 2022
By
Debra A. Aleksinas
Inflation and energy prices affect retirees the most because they can't change their income unless they go back to work. Kevin O'Connell, — CEO, Geer Village Senior Community

This is the third in a series about the labor market in the Northwest Corner.

Last fall, employers were hopeful that the labor shortage would subside once workers making more by collecting an extra $300 in weekly unemployment insurance than in minimum-wage jobs  returned to the workforce when government subsidies ceased.

Things will get better, they reasoned, once parents of young children rejoin the job market when schools reopen.

Midway through the third year of coping with the COVID-19 pandemic, the struggle to hire and retain workers has reached a crisis point for vital community services, from health care, home care and child care to grocery and retail shops, nursing homes, nonprofits and family-owned businesses that are the heartbeat of rural communities.

“Unfortunately, the government incentivised people not to work, and as a result, some people have grown accustomed to not working, so they’re not working,” noted Mike Schopp, co-owner with his brother, Ed, of Stadium System, Inc., the largest independent reconditioner of athletic equipment in the country.

The third-generation, family-owned business has been in operation since their grandfather, Arthur Schopp, founded the company in 1948.

Stadium System specializes in refurbishing football helmets and equipment for school athletic programs throughout the Northeast, from youth to college teams. It currently employs about 53 people between its sprawling North Canaan factory and adjacent retail store.

Schopp said he believes several factors are contributing to the worker shortage, including shifting demographics.

“There has been a transformation, I think, in our region. What was once a second home has become permanent, and the trades people are all having this demand for labor which has increased greatly.”

As a result, he said, the area’s constricted labor pool has become fiercely competitive, and workers are more selective. Many workers are choosing to spend nice weather outdoors doing seasonal work, “and then they go on unemployment” during the off season.

Stadium System’s “Help Wanted” signs, a common sight along roadsides and in front of his shop, have attracted enough workers to get Schopp through the seasonal crunch, when tens of thousands of helmets pass through the factory to be sanitized, reconditioned and returned in time for a new football season.

“I just hired two people on the spot, and we’ve got some high school kids coming in, which we always rely on. We are at about 85% staffing,” he said. And operational costs keep rising.

“We’re paying a lot of overtime to get the jobs done.”

In Sharon, the nonprofit Sharon Daycare Center, Inc., is struggling to keep up, according to Director Carrie-Ann Olsen.

On a recent early July morning, Olsen and staff were at work expanding space at the school to accommodate two additional classrooms that will comprise eight infant and toddler spaces and 12 preschool spaces.

Even with the expansion, said Olsen, there are still 11 infants and toddlers on a wait list.

“We are responding to the great need in the community by opening up these classrooms, and now we need more teachers to cover them,” said Olsen. While hiring has always been a challenge, she noted, “I would have easily gotten 20 to 25 applicants. Right now, I have three.”

Staff retention, she said, is vital, and because of her center’s nonprofit status, it has limited funding, compared to for-profit centers.

“But we are lucky in a sense that we have a long-term staff of teachers.” The center offers perks such as gift cards, extra time off and other incentives.

‘I guess you could say we stole him away’

At Jacobs Garage in Falls Village, owner Judy Jacobs said efforts to hire enough employees to keep the 92-year-old family business running reached “a real crisis mode” last year and was two weeks away from closing due to a lack of mechanics. Athough the coronavirus was raging, business was booming.

“We were never as busy as we were during the height of the pandemic. All these new people moved into the area,” Jacobs noted. Then came the loss of one of the shop’s mechanics, who grew tired of commuting an hour and a half each way just to get to work. “He did it for a few years. It’s a wonder he stayed that long.

“It became so stressful, and we just couldn’t keep up with the work. We were two weeks away from closing because we could not get any help. It was that bad.”

Her only choice was born out of necessity: She recruited a mechanic from another shop.

“I guess you could say we stole him away,” she said.

At the Geer Village Senior Community in North Canaan, CEO Kevin O’Connell said recruiting for positions paying $16 to $45 per hour, especially for second and third shift, has been difficult.

“It’s not ideal,” said O’Connell,“but it fills the vacancies while we recruit. The rising cost of gasoline and inflationary pressures in general are making it almost impossible for people to commute to North Canaan from anything more than 30 minutes away.”

The Geer administrator, who has been attending affordable housing sessions around the Northwest Corner in recent months, said by providing “reasonably priced local housing options, we may be able to build a base of people with the skill sets we need close by.”

O’Connell said he predicts a long, tough road ahead, which he said, “isn’t looking very promising.”

With fuel prices rising, people will want to work as close to home as possible to minimize what they spend on commuting. “People in the Northwest Corner will be making some very tough choices.”

The Geer CEO said if he sees any opportunity to build the local labor pool, it may come from seniors who are coming out of retirement to supplement their incomes. “Inflation and energy prices affect retirees the most because they can’t change their income unless they go back to work.”

The workers speak out

According to Chris DiPentima, president of the Connecticut Business and Industry Association(CBIA), the global pandemic has irrevocably changed what people expect from work, and the landscape will continue to evolve as business owners struggle to find ways to meet workers’ demands for autonomy and flexibility, and better pay, perks and benefits.

For Gregory Eads, who has been employed for two decades at the family-owned Davis IGA in Kent, job satisfaction  —  and longevity — comes from being valued and respected team members.

“Luckily, we have a lot of people who have been working here for a long time,” said Eads, in between helping a customer and organizing produce. He credits his success in the company to owner Gary Davis’ employee-friendly culture, where workers are well compensated, respected and treated “like family.”

The grocery has not had problems filling positions as it draws workers from across the state line, from Dover, N.Y., Eads noted.

Stadium System employee Dustin Lawrence of North Canaan, who was hired by the company about nine months ago, said he chose to work there because the pay and benefits are good, the warehouse job fit his skills, and work is only a half-hour walk, or a two-minute car ride away.

“Me and my fiancée are living with her parents” because of the high cost of finding housing in town, explained Lawrence, who does not have a driver’s license.“I had other choices, but this is what I like to do. I love how this place has summer hours and winter hours. It’s hard work, but definitely worth it,” said Lawrence. Plus, at lunchtime during the summer, the company sponsors “Hot Dog Fridays” for employees.

What makes a company the employer of choice?

CBIA’s DiPentima reflected on what the “new normal” is going to look like when the dust finally settles. “There will certainly be a permanent shift in company offerings, especially benefits and flexible work environment, even after the labor market settles,” he explained.

“Employers and employees have learned that not all benefits are valued equally by each employee.”

Q. What is being done statewide to address the worker shortage?

A. Workforce development initiatives, such as those that the state is driving, along with the private sector, are helping address the shortage, as is public-private collaboration around access to child care.

Q. The health-care industry in Northwest Connecticut, particularly nursing homes, hospitals and agencies that provide home health care, is desperate to find and retain staff. How critical is the situation?

A. The shortage of health-care workers is particularly acute in rural areas like the Northwest Corner. The health-care sector has recovered just two-thirds of all jobs lost to pandemic disruptions in March and April of 2020.

Q. What are the major factors impeding the labor market’s recovery?

A. We must give young people the ability to stay in Connecticut after graduation from high school and/or college, and we must provide employers the ability to compete on a regional, national and global scale. Inflationary concerns will not be helped by Connecticut’s diesel tax, which rose 23% July 1 and will be compounded Jan. 1 when the state’s new highway use tax takes effect.