Skip to main content
THIS WEEK'S DIGITAL EDITIONS
Home / Home
Home » Lakeville Journal Regional » Afghanistan: A ‘monuments woman’ whose mission is to save the arts and culture 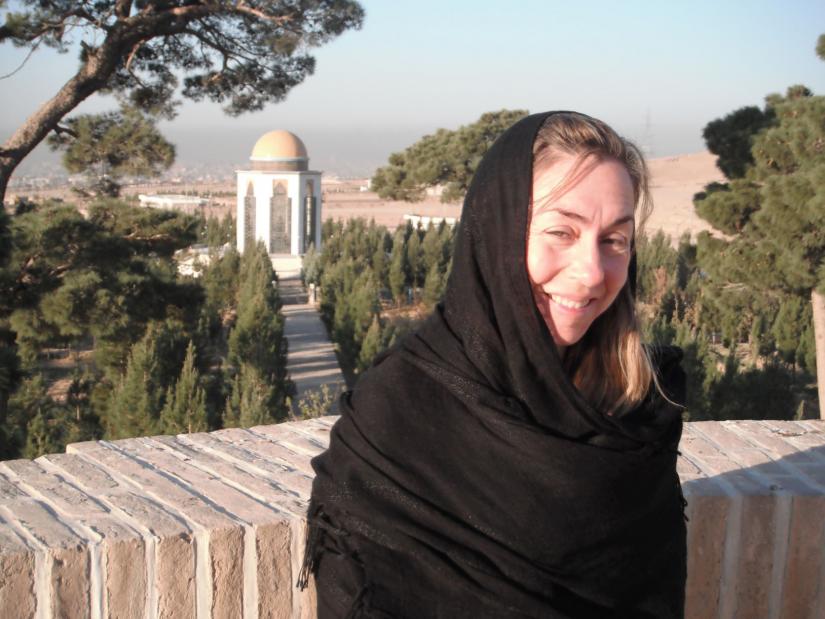 Laura Tedesco has been working with the U.S. government to save cultural treasures in Afghanistan. Photo Courtesy Laura Tedesco

Afghanistan: A ‘monuments woman’ whose mission is to save the arts and culture

Many people first learned about the Monuments Men of World War II by reading Robert M. Edsel’s book about them, or seeing the 2014 film “Monuments Men.”

Of course there were many heroic women who also helped protect the cultural treasures of Europe from Hitler, Goering and others.

But the book and the film were primarily concerned with the men who were in charge of the American team tasked with finding and saving some of the great works of Western art.

A new podcast is out now called “Monuments Woman,” and it features an ongoing conversation between two experts in Afghan art and cultural treasures. The idea for the podcast came from producer/director/writer Christian Bruun (whose film “Calendar Girl” is proving to be one of the big draws for this year’s online Berkshire International Film Festival).

When he was living in New York City, Brunn became friends with both George Gavrilis and Laura Tedesco. Tedesco is now an archaeologist and anthropologist working with the U.S. Department of State’s Bureau of South and Central Asian Affairs. Her main area of expertise is Afghanistan. She is the Monuments Woman around whom the podcast is organized.

She and Gavrilis became friends through their shared interest in cultural history in general and Afghanistan in particular; and it was Bruun who came up with the idea that they should team up and do a podcast (the first that Bruun has worked on).

“The idea had been floating around for a while,” Bruun said. “Laura has had the idea in her mind for 10 years that these treasures need to be talked about and not forgotten.”

Gavrilis did a nine-hour oral history interview with Tedesco in spring. The initial idea was to create a documentary format, with narration and a story line.

“But we realized what we had, with the intimacy of these conversations between two friends” and decided to run them in more of an interview style.

This has also allowed the trio to continue to make new episodes; the eighth was “dropped” last week and so far a total of 15 have been recorded. The conversations are all done with a sophisticated virtual conversation software that allows Gavrilis (who is in New York City) and Tedesco (who is in Charleston, S.C.) to speak as though they are sitting side by side. The podcast production company does an initial edit and then Bruun (who is in Los Angeles) listens and makes notes before the final episode is released.

When the first episodes were made, there was some knowledge that the U.S. would withdraw soon from Afghanistan. But there is an immediacy to the events that have followed, with Gavrilis and Tedesco talking about current events as they also talk about ancient history, noting in one episode that Kandahar has just been seized by the Taliban.

Some of the conversation centers around Tedesco’s own life and her decision to travel to a dangerous part of the world while her children are still young. But most of the conversation is about the beauty of Afghanistan and its people and culture — and the threat that exists to both with the takeover by the Taliban.

In an email conversation last week, Tedesco said she can’t comment on what could happen now that the Taliban has returned to power. She did add some details about her work:

“I moved to Kabul in July of 2010 and lived there full time for 16 months.  In the winter of 2011, I returned to the States to continue working for the U.S. Dept of State’s Bureau of South and Central Asian Affairs in Washington, D.C., and I traveled to Afghanistan every few months. In total I have made 45 trips to Afghanistan in the past 9 years.”

As the show continues, the conversation goes from more general observations about the nation and its history (including a spree of destruction of statues and other cultural treasures by the Taliban in the 1990s) to more specific observations about particular regions and works of art.

Bruun, who primarily makes documentary films, thinks that the podcast will likely become a film — which would allow the audience to actually see the places and works of art that Tedesco is describing.

The question is whether those works of art will still be around when it’s possible for film crews to return to Afghanistan. Some of course can be seen in photographs. But it’s possible that the descriptions Tedesco shares in Monuments Woman will be the last evidence of many of these works.

Bruun feels hopeful that some of the works will be preserved.

“It’s not an abandoned mission,” he said. “Laura is in South Carolina but she is still working for the government. There is an intent and desire to keep going.”

Of course, as the lives of many Afghanistan natives — especially those who helped the U.S. — are being brutally ended, there is the question of whether art matters anymore. This is one of the topics that Gavrilis and Tedesco discuss. There is no obvious answer; it’s worth listening to hear the thoughtful discussion.

This is an updated version of the story in the Sept. 9 Lakeville Journal.