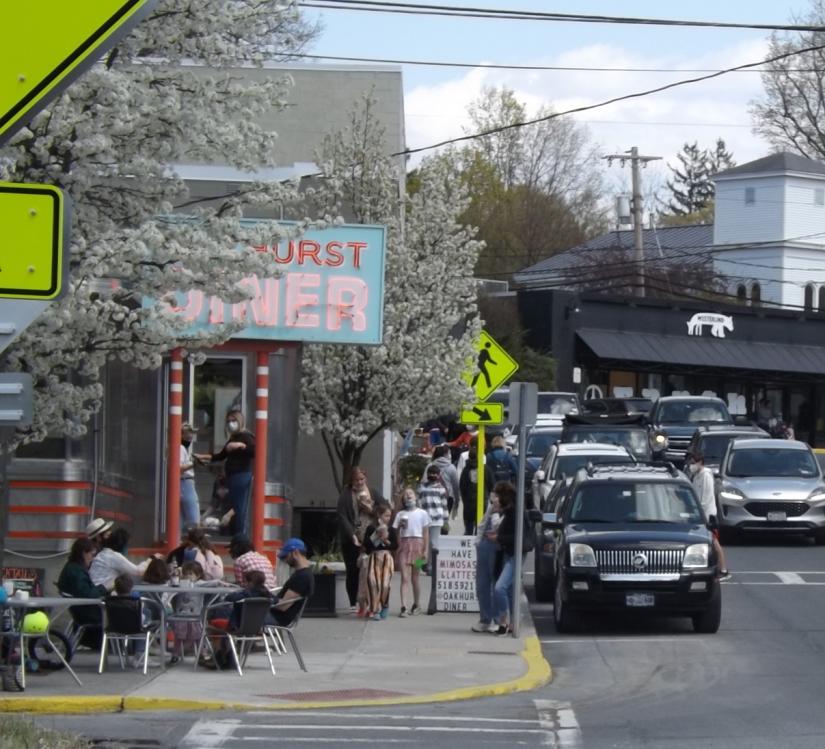 The Village of Millerton has changed greatly in the past 146 years since it was incorporated in 1875. Pictured here are various scenes from around Millerton, including a 1995 parade (in black and white). Photo by Kaitlin Lyle

The evolution of Main Street

With so many changes taking place in the world today, including in our local business communities, The Millerton News is taking a closer look at how the village of Millerton has changed in the years leading up to the present day. The paper will be running a multi-part series on the many changes that have taken place in the Millerton business district since it was first established in the late 1800s. This is the first part in that series.

MILLERTON — Despite all of the advances science has made in the millions of years since man has been on earth, no one has yet been able to figure out how to freeze time. Which explains why the world has witnessed Millerton evolve in the last nearly century and a half from what was a bustling local community that was mostly self-sufficient and centered around three railroads that brought the entire Tri-state region goods and services from major cities and outlying areas into a hip village that earned the title “Ten Coolest Small Towns in America” from Arthur Frommer’s Budget Travel magazine in 2007.

Those rave reviews have continued, frequently in The New York Times. The most recent was published in The Times on March 24; there was another large spread featuring Millerton on www.upstater.com, a guide about living, buying, renting and vacationing in upstate New York that just came out on April 20.

Who can blame them? Millerton has enviable amenities and resources, great shops, loads of antiques stores, restaurants and cafes; impressive yoga, pilates and wellness studios; a currently under-renovation Moviehouse and a beloved bookstore, both of which have entertained and enlightened generations in the region for decades and promise to do so for decades more; a business alliance that offers support to merchants that is becoming more and more useful; and two governments that have been working in concert with each other for nearly 150 years to get much-needed and important tasks done for the community — with repeated success and without any drama.

Incorporated in 1875 and named after the civil engineer who was working on the construction of the train lines being built in the town of North East, Sidney Miller, Millerton is at the crossroads of New York, Connecticut and Massachusetts, with routes 22 and 44 intersecting at the traffic light at the tip of Main Street. That’s where the commercial district begins, and where those who have witnessed the growth that has taken place in the village have seen the most dramatic changes.

Dick Hermans was born and raised in Milan, and now lives in Pine Plains, about 13 miles west of the village. Yet he is as much a part of the fabric of Millerton’s Main Street as anyone, as he started Oblong Books & Music with his then-business partner Holly Nelson 45 years ago. Oblong originally opened at 32 Main St., before ultimately settling at 26 Main St., where the beloved bookstore now stands. He spoke of the village’s strongest trait.

“Downtown Millerton is resilient, who comes in and who goes out, there’s always someone who wants to run a business here,” said Hermans. “It’s a small community that has businesses and it’s been that way since it started. It was that way when the railroad was here, which was how the goods got delivered here and supplies got delivered here; towns didn’t have those commercial centers… But we are resilient — there was always someone coming in here. No place stayed empty for any length of time, there is always quite a bit of turnover, even during the pandemic.”

Hermans  reflected on how Millerton looked nearly five decades ago.

“It’s funny, because the anchors in town then were Saperstein’s and Terni’s, and Delson’s was still open across the street, and those were the real draws,” he remembered. “The bank is where the bank building is [at Gilded Moon Framing]; they don’t have that anymore. When we first moved here, The Moviehouse still had triple ‘X’ ratings, so that was kind of seedy. There were some bars here that were, seedy is probably a good word for it, but I don’t want to insult anyone; we had a reputation for being a rugged town when we got here.”

Millerton is a far cry from “rugged” today, with stores like Charlotte Taylor, a home and lifestyle store whose owner was once a buyer for Saks Fifth Avenue and Bloomingdale’s and a manager at Laura Ashley, or Westerlind, which sells gear and apparel for the outdoors in NYC as well as in Millerton, where it also has the Westerlind Pantry, where it “[aspires] to be the kind of bodega every good snob dreams about [selling] fresh bread, prepared foods, local produce, pantry staples, beer and cider,” according to its website.

Westerlind is at 41 Main St., the former Saperstein’s, which was the village’s iconic department store that had offered everything from shoe repair to Little League uniforms to tuxedo rentals for 70 years, until owner Lew Saperstein announced his retirement in 2017.

That was one of a number of monumental shifts from the business community’s past to its present that locals say will never be recaptured. Some are pleased with the changes and others not so much. More on that next week.

In the remainder of the series we will continue to examine how Millerton’s Main Street has evolved, and how the community feels about that evolution. Meanwhile, look for an article from North East Historical Society President Ed Downey about the village’s historic residential architecture on the next page. And be sure to support the businesses that advertise in this section.