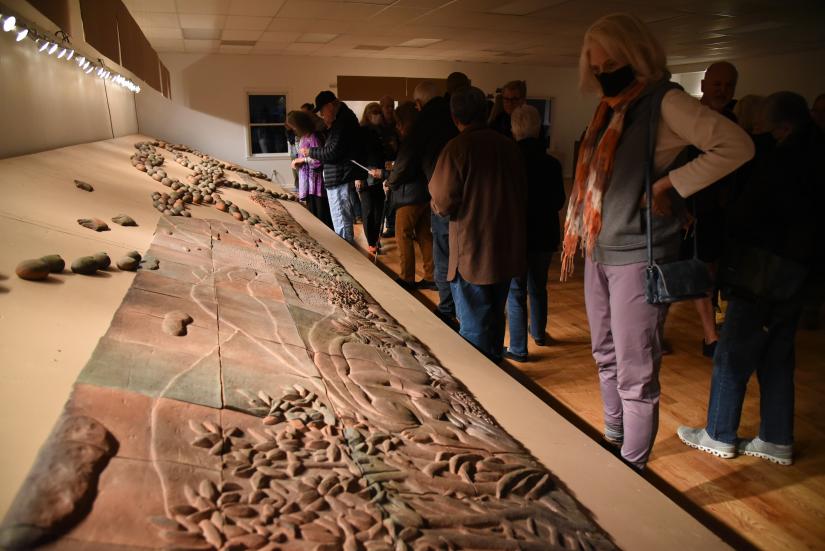 A 50-foot long ceramic mural, “One World,” was on display Saturday, Nov. 12 at Landmark Lane in Kent Green before moving to a museum in Japan. Photo by Lans Christensen

Kent gets a look at mural before it heads to Japan

KENT — A large and appreciative crowd of Joy Brown devotees were treated to a presentation of her most recent ceramic mural “One World” on Saturday, Nov. 12  at a gallery on Landmark Lane in Kent Green.

The 50-foot long ceramic mural has been two years in the making, and is now being moved to its permanent home, the Horokan Museum in Japan.

Brown spent much of her childhood years in Japan, as well as a later four-year apprenticeship in Japanese wood-fired ceramics. Her close ties in Japan led to a collaboration with friend Shin Watari, the builder of the museum. The bond of Eastern and Western cultures and closeness are evident in the mural and the spirit that led to its creation.

Kent residents may be familiar with Brown’s  sculptures on Falcon Field and town Green.

In her own words, Brown says “My figures remind me of a peaceful place in myself — calm, open, aware”.