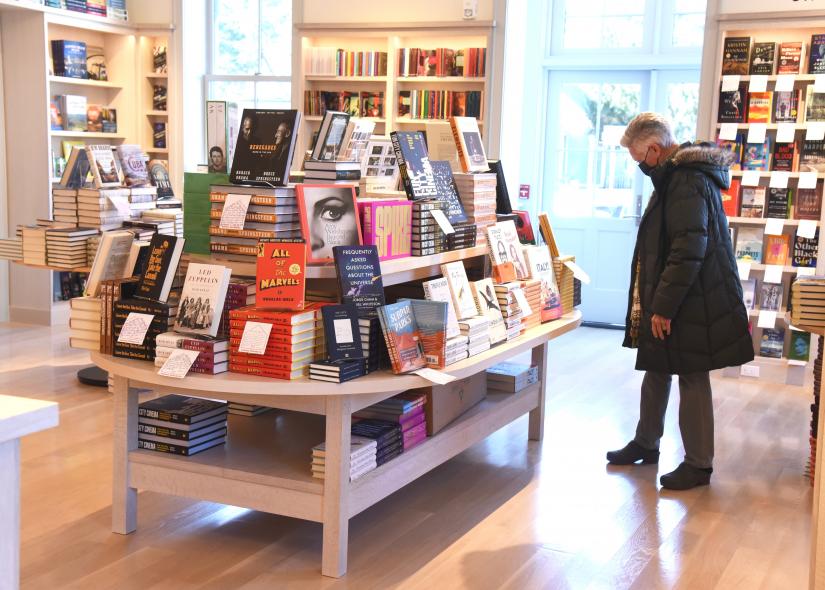 Renovations are complete at 10 N. Main St. and House of Books has moved back in, after about two years in a temporary location just down the street. Photo by Lans Christensen

House of Books is back home at 10 N. Main

KENT — Newcomers to the region might not realize it but the adorable little cottage at 4 N. Main Street that has been the house of House of Books since 2019 is not the store’s actual location.

House of Books has lived for most of its life just up the road, in a tall Victorian-style building at 10 N. Main.

The shop, one of only a handful of bookstores remaining in the region, had been owned from 1991 by Jim and Gini Blackketter, who sold it in 2013 to Robin Dill, who had been the shops store manager/book buyer for about a decade.

The building itself had been purchased in 2014 by Kent Center LLC, the group that had purchased and spruced up much of Kent village, not only repairing the most aged buildings but also adding trees and plants as well as reconfiguring traffic flow.

The new building owners (and the community at large) were surprised in 2019 when Dill announced that she was leaving the area and needed to  sell the book business.

The Kent Center LLC group felt strongly that the town should have a bookstore, and partner Peter Vaughn stepped in as manager, eventually handing the reins to Ben Rybeck.

But meanwhile, plans had begun for an extensive structural renovation of the building at 10 N. Main. The books were moved down the street to the little red cottage. Work began and was supposed to be completed in 2020.

Then COVID-19 came along.

Like a novel with a happy ending, the renovation has now been completed  and the books are back home at 10 N. Main.