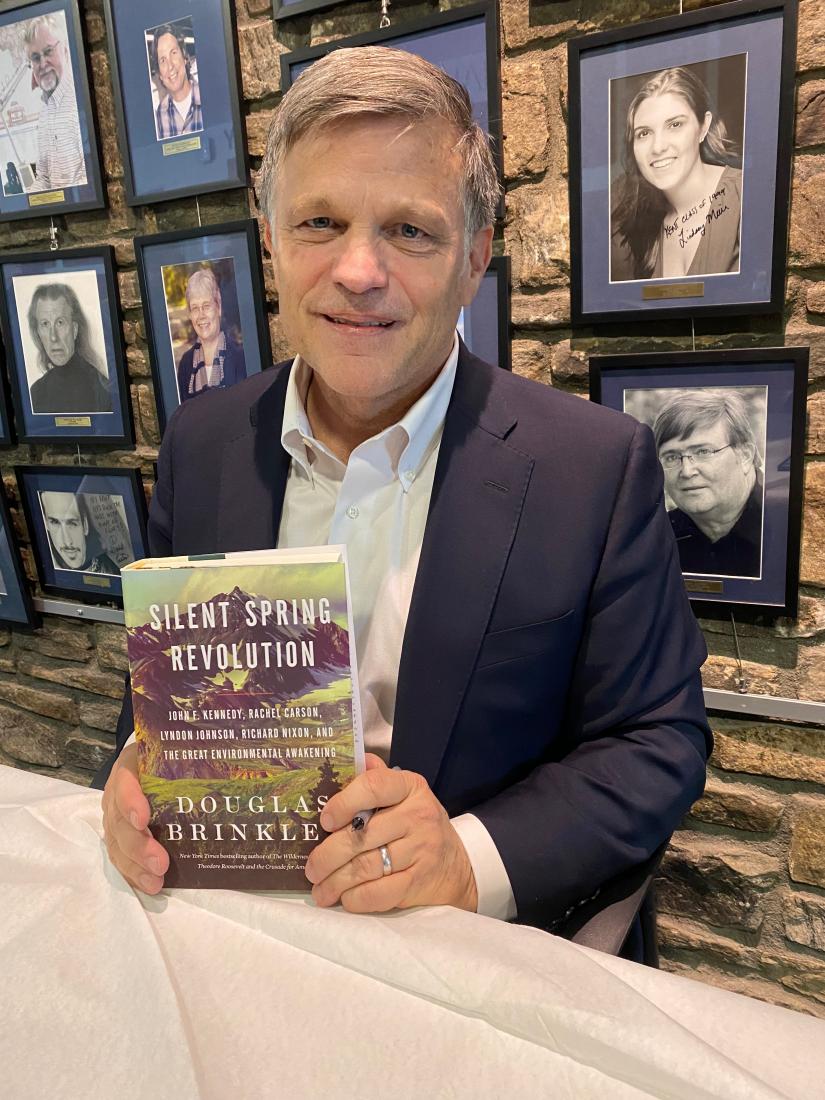 The talk was arranged by the Kent Memorial Library.

Brinkley introduced his new book, the final in a series of three stand-alone volumes. “Silent Spring Revolution,” details the work of 20th-century administrations. Included is the motivating event within John F. Kennedy’s years when scientist and author Rachel Carson’s “Silent Spring” appeared in bookstores in 1962.

“Environmentalism has become non-partisan because the public has demanded it,” Brinkley said of the modern movement toward environmental justice. “The power of the people,” he exhorted.

“If you’re freaking out about climate change, don’t,” Brinkley concluded. “Be a good steward.”

The talk was co-sponsored by several local environmental organizations.